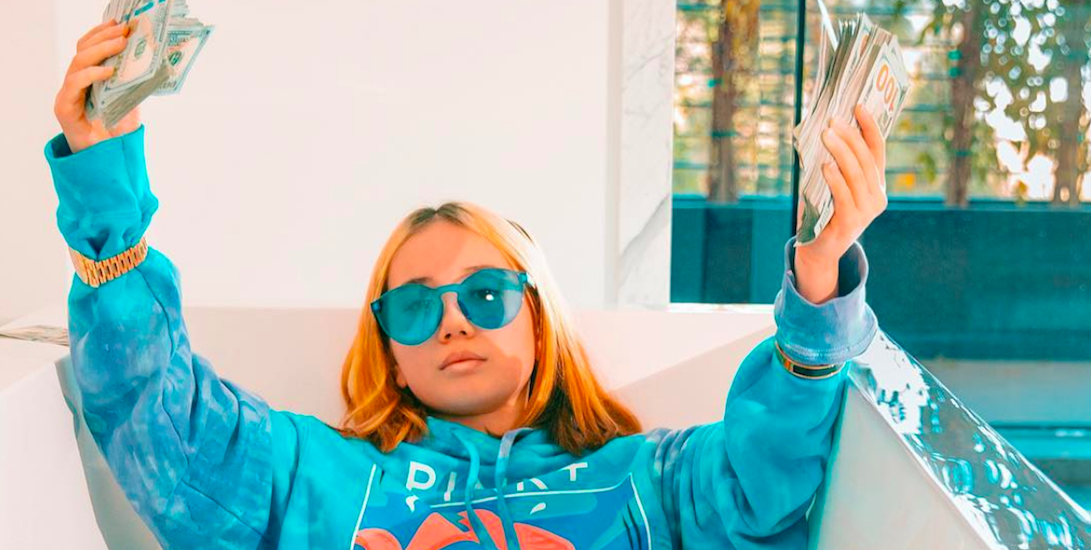 According to a recent interview, the Insta-famous 9-year-old has moved to Hollywood to pursue her dreams of becoming a social media star.

“No one is forcing me to do this,” Lil Tay says, adding that her mom is not trying to benefit from her career. “That’s not true that she wants to make money off of me.”

Tian made headlines in Canada after her former boss claimed that she filmed using his property and vehicles without his permission.

“I didn’t shoot in anyone else’s house,” she said. When pressed on that answer, Lil Tay, apparently unaware that videos offer visible evidence, added, “No one has proof that I did.”

Oh and she also wanted viewers to know that her mom doesn’t run her social media, but that there’s a team behind it.

When asked how she feels about these images following her for the rest of her life, the 9-year-old responds, “This is my decision. I’m happy with what I’m doing.”

GMA described the known Instabrat as a “precocious, soft spoken 9-year-old.” But they did not describe her as intelligent.

“I’m a Harvard drop out,” boasted the little Tay during the interview, but when asked what city Harvard is in, she had no answer.

Tian said that her daughter will be homeschooled, and for that Harvard comment, let’s hope that’s the case.

“She has a passion, and a dream,” Lil Tay’s mom said at one point.

We do too. Our dream is for this to all be over already.