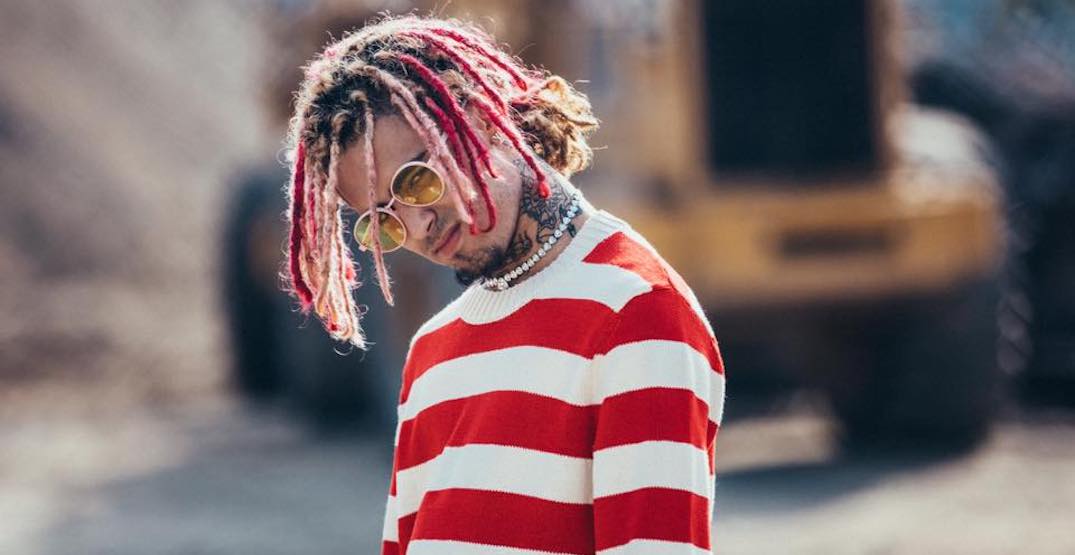 You may not have heard of American rapper Lil Pump, but he’s already been banned by an entire airline in Canada.

Lil Pump, or Florida native Gazzy Garcia, was flying from Vancouver to Toronto this summer with WestJet. The young rapper took to social media to document his flight, which included cursing loudly and commenting on flight attendants’ appearances.

His social media posts were made into a video, appropriately called “Lil Pump Annoying People On An Airplane, Not Letting Them Sleep, Yelling ‘Esketit.'”

Esketit is apparently Lil Pump’s favourite word, and means “Let’s get it.” But that fact aside, the best part of his yelling video is how he keeps saying he’s flying “first class,” something Canadians know WestJet doesn’t actually offer. The airliner’s best seats in the house are “Plus” fares, also known as premium economy.

First class or not, his disturbances on that flight did not go unnoticed. And according to reports, the Lil rapper has been banned from flying WestJet.

So what does a 17-year-old rapper do when he’s banned from an airline?

Well, he raps about it of course. In a surprisingly chart-topping track, Lil Pump’s “Gucci Gang” openly discusses how he feels about the Canadian airline in what can arguably be the most talented lyric of the century.

The track, which has been viewed almost 300 million times on YouTube, peaked at number 2 in US charts, and number 3 in Canada earlier this fall.

Looks like he may not need WestJet’s premium economy from now on… and Canadian travellers everywhere are thankful for that.