Sweaty, oversized and creaking the desk chair beneath them, the antisocial developer types away with one hand and grabs a handful of chips with another. For the guys running the show at Lighthouse Labs, Vancouver’s premiere developer bootcamp, the challenge is not in the mass institutions teaching code through the conventional education system or other bootcamps past Vancouver borders, it’s in the way people see tech.

“For us, our biggest competition is perception. Perception of bootcamps, perception of what learning to code is,” Co-founder, Jeremy Shaki explained. “We wanted to deal with the misconceptions that coding is super complicated, super nerd and is for people who do this in their basement.”

So how does a group of coders, CEO’s, instructors and tech freelancers find a unanimous solution to Vancouver’s tech misperception? By putting on the biggest learn-to-code event in Canadian history, of course.

The HTML 500 happens February 1 and is looking to throw a curveball to what attendants know – or think they know – about the industry. Heck, even the event name throws you off. Between HTML 5 and HTTP 500, the event seeks to ensue mass chaos for local search engines everywhere. “There is no such thing as an HTML 500,” Lighthouse Labs Professor, Khurram Virani revealed. “One of our students in the last cohort threw it out and we loved it.”

To put a little more ‘Huh?’ in the mix Jeremy details that this event is for everyone – except the likes of the Lighthouse Labs’ students.

“The program we run is for a very certain type of person that’s ready to become a developer,” he explained. “That means we can’t help every single person who wants to learn to code. So we made HTML 500.”

Which means, non-5%-ers everywhere, aka everyone and their mother, is welcomed at The HTML 500 and to experience a day of hardcore html-ing and css-ing. “Coincidentally, the event is very similar to how the day is structured in our program,” Khurram laughed. The similarity even mirrored in the attendance list. 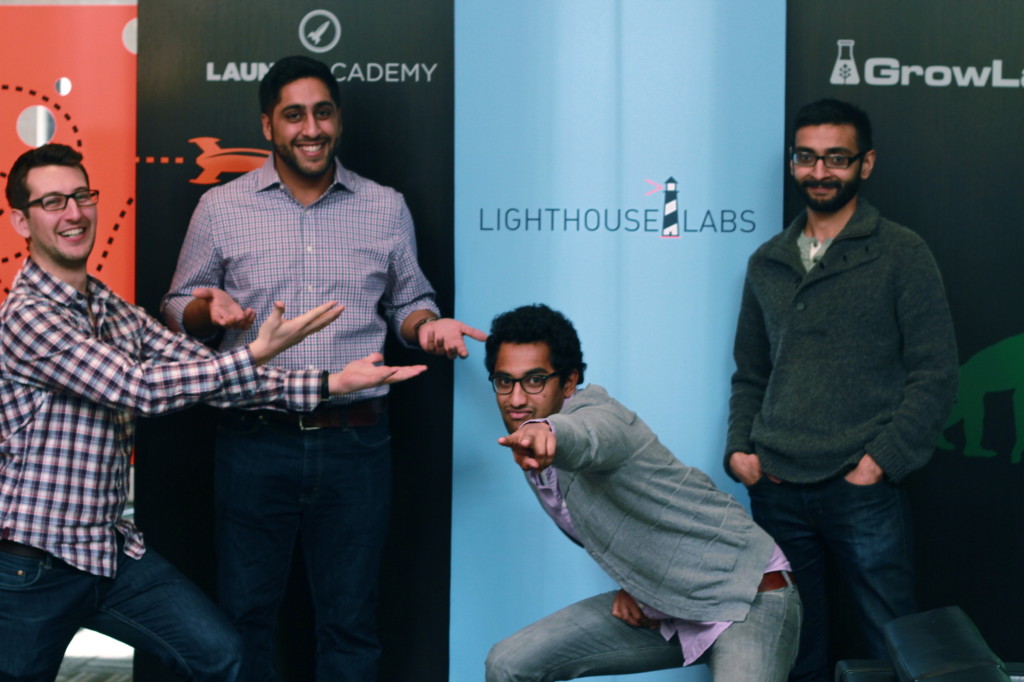 “Over 50 per cent of registration for the event are women,” Jeremy stated. Without discounts, incentives or their blatant Supporters-of-Women-in-Tech sashes on, Lighthouse Labs don’t have the bells, whistles and neon lights tech companies usually use to advertise themselves as ‘women friendly,’ but Co-Founder and brains behind Operations and Strategy, Qaid Damji says that’s because others are doing it wrong.

“There are others ways other than offering incentives and discounts to support women developers,” he explained. “We treat everyone the same way and I don’t think it’s fair for when you move into a workplace where incentives are not going to be there. The tech industry is dying for women, and we think that’s the incentive. We treat everybody the same – that’s incentive.”

As Khurram recalls in a conversation with an interested coder, the reasons for stepping into the tech scene can be incredible. “I asked, what made you want to try it out, and she said, well I read somewhere that coding is sexy,” he laughed. With an overflowing attendance list, thanks to partnering with the likes of superpowers like Hootsuite, Telus, Vancouver Economic and BCIC, The HTML 500 may be the sexiest event yet to put back the oomph into the local tech hub and creating a Vancouver buzz as loud as clicking the on button of an old CPU.

“We want to upgrade talent level in Vancouver. Create more talent and upgrade it,” Jeremy stressed. “There are so many people that don’t understand that being a developer is being a creator.”

The HTML 500 takes place on February 1 at The Rocky Mountaineering Station. For more details on the event, check out the Lighthouse Labs Facebook Page. For more information on Lighthouse Labs and joining the March cohort, there will be an info session on Feb 6th at Launch Academy. Teachers, current students and alumni will be on hand to answer any questions aspiring developers may have.