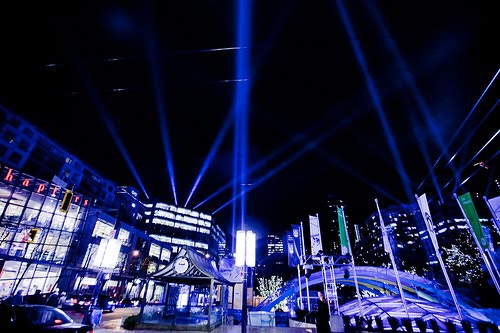 (photo 1 and 2 by Yeshe via Flickr)
Yesterday evening if you were walking around downtown you most likely witnessed multiple beams of light infiltrating the night sky. Well those beams of light hailed in and around Robson Square as part of the testing phase in preparation for the Olympics. Here are a few photos, If you look closely you can see the zip trek line at Robson Square as well. 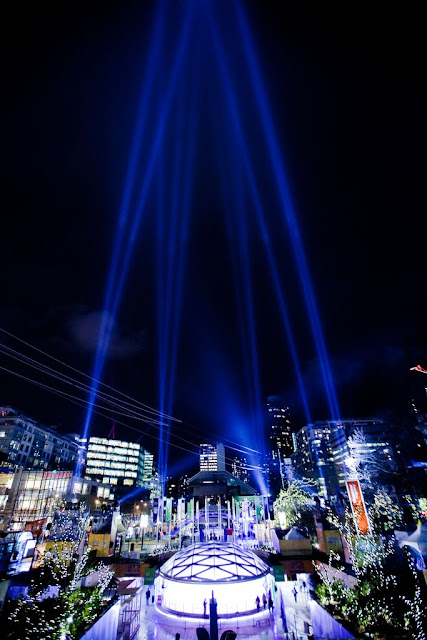 Many witnesses thought the beams of light were from the Vectorial Elevation testing going on at English Bay as the lights seemed to come from multiple sources. However, upon closer inspection you can see that spot lights have been placed on top of a few buildings that surround Robson Square. 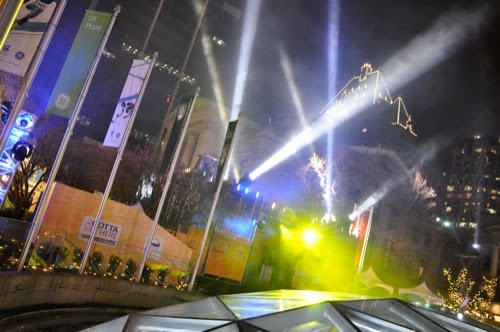 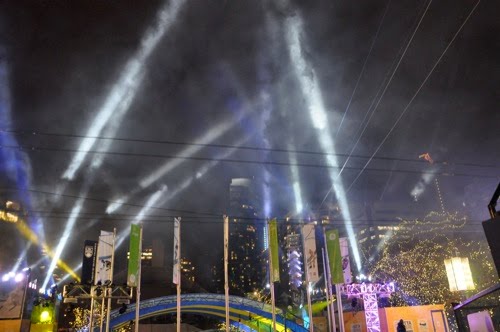 (photos by Mariskar via Flickr)
Vancouver’s Robson Square has been a hub of activity since it reopened its ice rink back in November. At the time many Vancouverites thought the square was going to be a complete failure, however, is now February and the square is buzzing with activity. I just wonder what the summer months will bring to the square…

With all these spotlights in the air I’m sure Batman made at least one unnecessary trip to the square.