An initiative that is very close to the pop star’s heart, Lights, 28, has partnered with Kiehl’s Since 1851 for the second edition of Kiehl’s Rocks for Kids Campaign in support of leading music education charity, MusiCounts, with the aim of donating $50,000 to the cause.

Through this year’s program, children in Canada, regardless of their socio-economic circumstances or cultural background, will have access to a music program through their school or community.

“We were thrilled when Lights brought this opportunity to our attention. She never ceases to amaze with her talent, generosity and continued support,” said Allan Reid, President & CEO, CARAS/The JUNO Awards and MusiCounts. “Kiehl’s has a longstanding history of supporting children’s causes like music education, as does Lights, and now together we will be able to put even more instruments in the hands of kids who need them most.”

As part of the Kiehl’s Rocks for Kids, a Limited Edition Ultra Facial Cream will be available this month with 100% of net profits donated to MusiCounts. Since its establishment in 1997, MusiCounts has been awarded close to $8 million to support music education in Canada. These funds have benefitted 700 schools and communities from coast to coast. 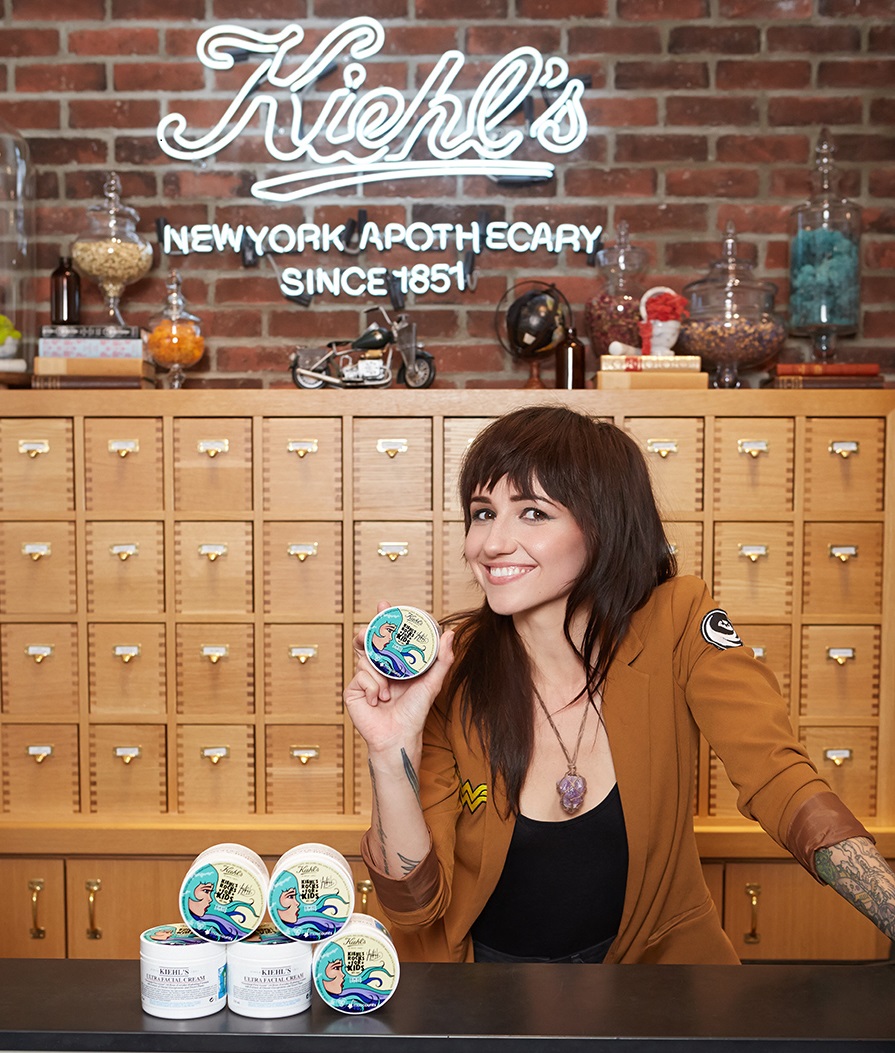 We sat down with Lights to chat about her partnership with Kiehl’s, the importance of music education and how motherhood has affected her music. We even got an exclusive on some new music in the works before she took to the stage performing a very intimate and personal acoustic show for her fans in Vancouver on Thursday evening. 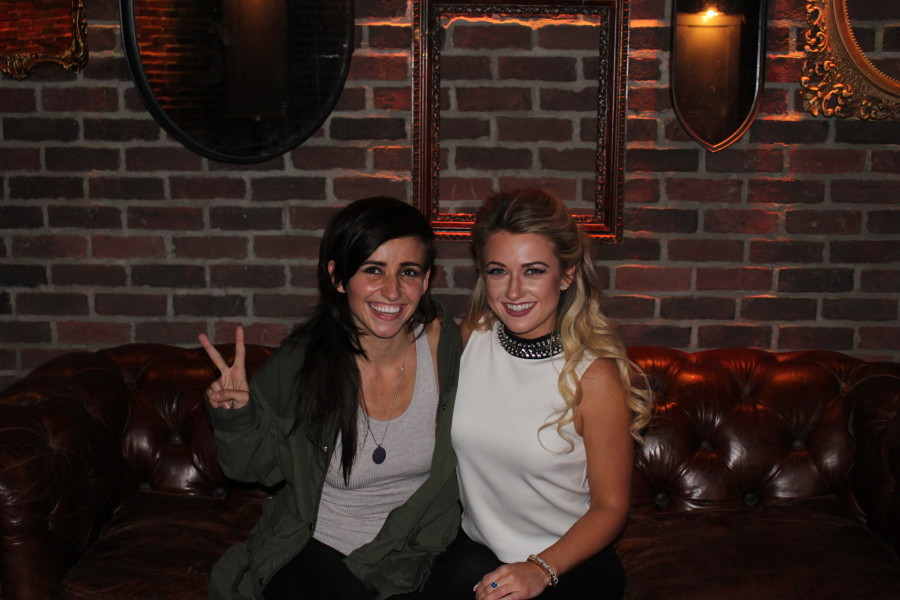 So what exactly is the partnership you’ve created with Kiehl’s?

We collabed on this Limited Edition version of the Ultra Facial Cream, which I love, I’ve been using for a long time and 100% of the net profits goes to MusiCounts. The goal is to raise $50,000 to keep music education alive across Canada.

One hundred per cent! Keihl’s is getting nothing out of it and that’s amazing. One of their founding principles is giving back to the community, and that’s what I love about them. Working with them has been awesome, Ashley Sivil (Kiehl’s Integrated Communications Lead) is right here and she’s so sweet. I designed the label on it, that’s my only contribution to the amazing product. Everyone there cares so much and they are involved in a lot of great initiatives, this one being one of them. I could speak wonders about MusiCounts as well. I’ve done so much work with them. 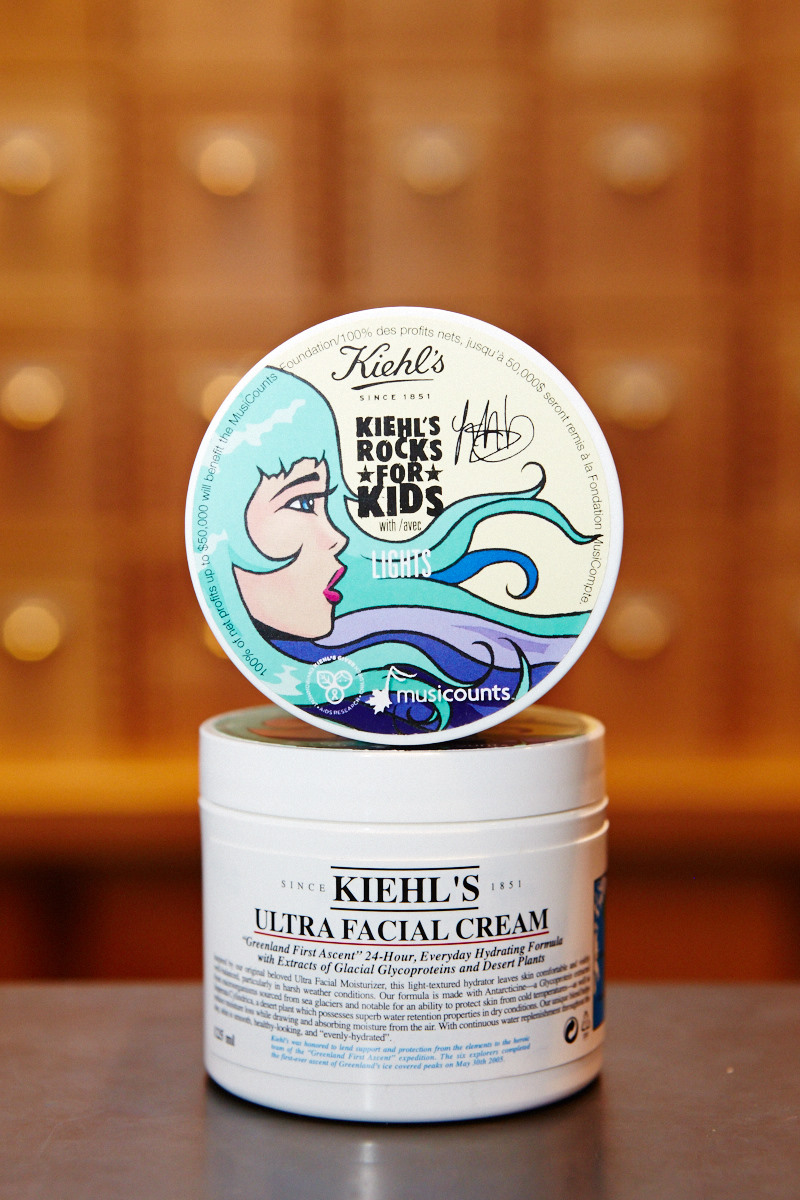 Music education is an important component for kid’s to learn in schools and have in their lives. How important is MusiCounts in Canada?

MusiCounts basically keeps music education alive in Canada. A lot of schools will cut music programs or won’t even have music programs because it’s one of those things that gets cut first, I don’t know why. And they make sure that these schools have that program and that stays alive so there are instruments in school that kids have access to it.

Have you always had access to be able to play music?

When I was young, my dad was a musician, so I always had instruments and I was always able to play music and get everything out that way. But if I didn’t have my dad as a musician I wouldn’t have had access to instruments, because two of the high schools I went to didn’t have music programs. So I wouldn’t be the person I am without it. Especially being a mother now, I mean finding a way to channel all of that energy in to something that you can be proud of, that can actually help you shape your identity is such a power and it’s so important. And I think that everyone needs to know that and everything and everyone needs to have access to instruments. Everyone deserves to be able to play them and MusiCounts makes sure that happens.

Music is so important to so many people’s lives. It can make the difference of getting out of bed in the morning. Do you find that in your own life?

Yeah, well that was the first time I think I really realized I wanted to do music was when I really, fully understood that I was being affected by something that didn’t exist. That’s magic, you know. That’s power. I immediately knew I wanted to be able to harness that and learn how to use it. And everything I went through when I was young whether it was a fight with my parents, or a break up with a guy, or a moment I had doubted myself or a moment that I was really proud of myself, I wrote a song about it and got that off my chest. It was really cathartic and it was powerful.

Having the ability to play an instrument or get something creative out really helps someone form their sense of self and that is probably often overlooked as an element of importance in a child’s life. Hopefully this keeps music alive for young people.

While you were pregnant with your little girl, how did you get past your writer’s block?

It’s kind of funny, and this just goes to show the power of art and the power of creativity. But if I am able to create something I’m really excited about and write a song I’m really in love with I look in the mirror and think I look more beautiful than I ever have. And I feel the most beautiful after I create something that I love. So of course in a time where you’re creatively dry and have writer’s block your self-doubt is very high and it’s like this spiral that goes down. It’s hard to pull yourself out of that and I dealt with that a lot on the third record. I think every record it gets harder to sort of one-up your last project. 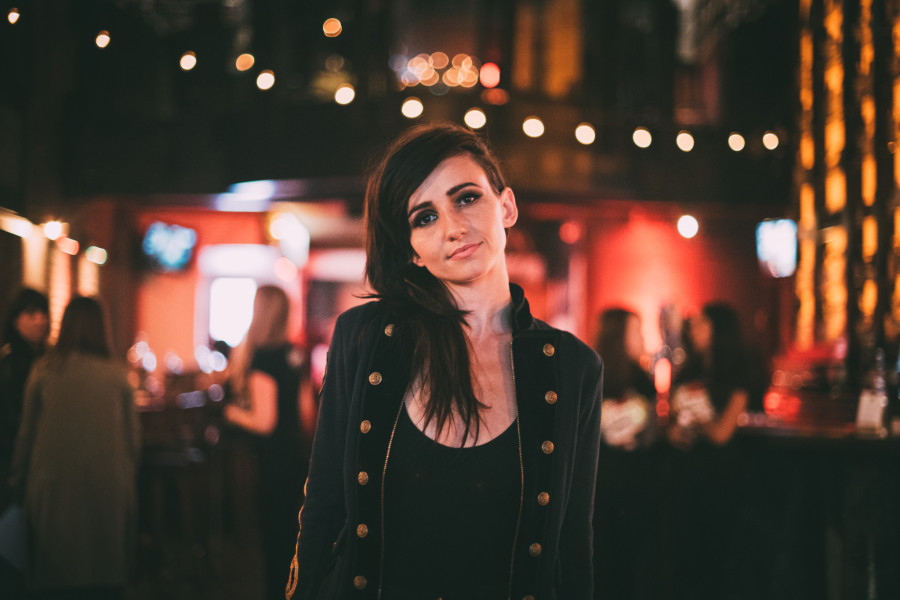 Your albums have been all so different. What was the process like with “Little Machines”?

Everything is different. You want progression but you still want the same Lights that your fans love. So you have to find the balance and you have to find the balance of expectation too of what you expect of yourself, what your label wants, what your fans want and what nature wants, where it’s just going to go. So it was a process of self-discovery and in all that I’ve kind of reconnected with what I love about music and my passion with music.

It really suddenly came together and the record was done. It was like, oh and we have Little Machines. It came out of the blue, it really did. And within a month or two following, realizing all the songs were there we were in the studio finishing it and it was awesome. It’s taken me far and wide already. It’s actually been exactly a year since it came out.

A year, wow. In light of this anniversary are you planning to release any acoustic versions?

That’s actually the next thing in the works and it’s all done. More details to be announced but it’s such an awesome EP. It’s a spin-off of “Little Machines” with a couple of unreleased tracks as well that were written for “Little Machines” but didn’t end up coming out. It’s very special, you’re going to love it.

I happen to have a ton of favourites from that record and actually my relationship is kind of tied in to some of your music. How does it feel to have people affected by your music in everyday life?

That’s so good, that’s the whole point. That’s amazing, that’s the power of music. It kind of makes me feel like were all the same. Because when I sit down to write a song, I’m writing it for that reason. Like when I wrote “Up We Go,” it was from a really hard time and I was trying to remind myself that things only get better and that things always go up. After dark days, there are always brighter ones. I needed to hear that and every time I sing that back it does the same thing for me. So it does remind me that I’m on the same page as everyone else. 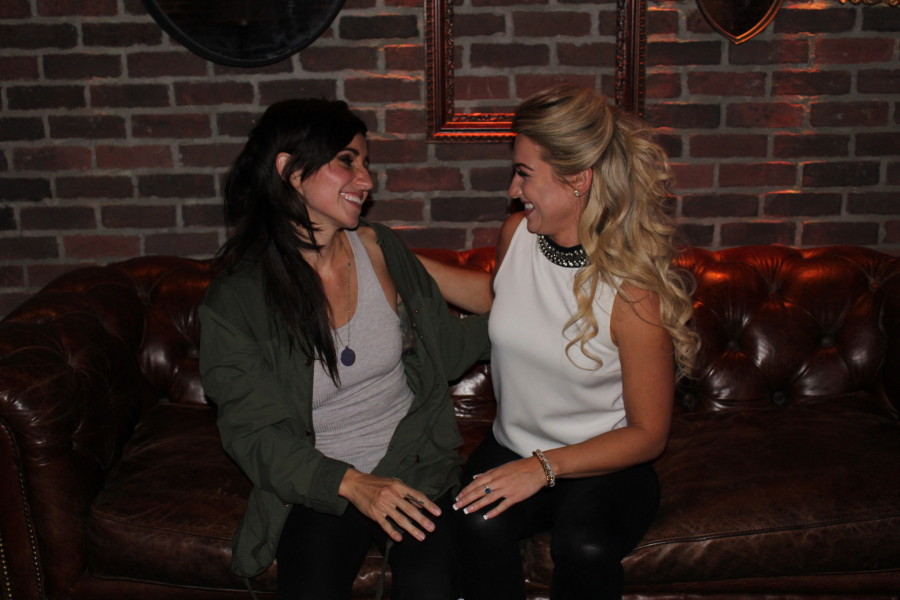 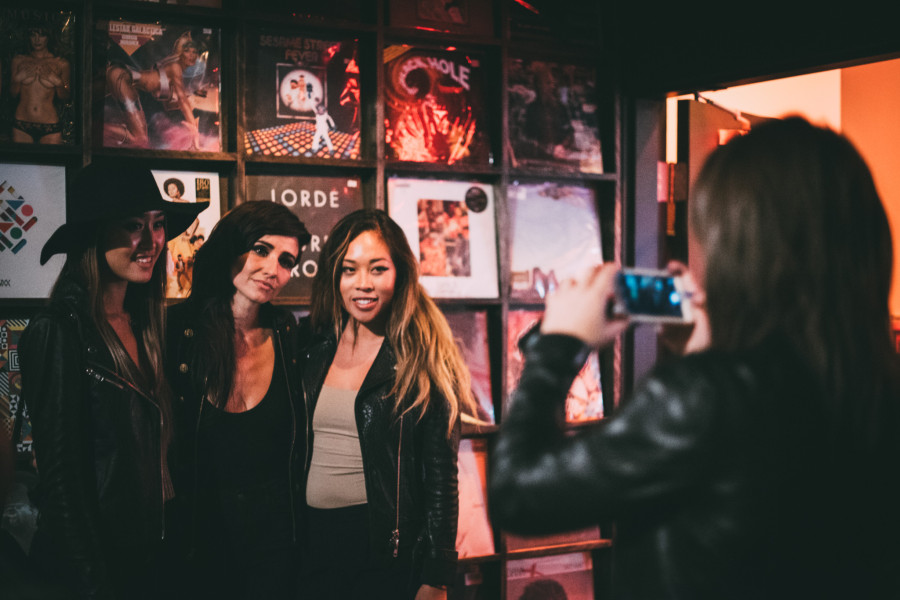 Has motherhood changed your music and your writing?

Everything is pretty different but it’s all still my life as it moves along. I do get asked a lot how parenthood has affected my music and no one’s going to know until the next record comes out. Because I wrote all of “Little Machines” before I had a baby and there’s no way to know what you’re in for even when you’re pregnant. I was still writing about the same stuff. I mean, I remember sitting down thinking, you know, I’m going to get asked about this so I should probably write a song about being a mom. I tried writing a song about being a mother and it was just really cheesy, so I just stuck to what I knew and wrote the way I had always written.

Now I’m writing a lot and I’m very inspired and I think that would be the change. Being a parent really frees your mind, in terms of creativity. You’re less afraid about all the little things you used to be afraid of. You can fearlessly go into territory that you weren’t in before because nothing is as hard as childbirth. Everything is easy from here on out.

How has your music evolved since your first album?

The first record is very personal, deals with a lot of emotional stuff I was going through like depression and those kinds of things. The second album was kind of about falling in love for the first time, pushing sonic boundaries and seeing where I could go that I’d never been before in music. And this third one was all about making a classic electronic record with good song writing and a good mix of live instrumentation and analog synths and really cool sounds. Creating soundscapes that put you in another place, testing the theory of escapism when it comes to music. 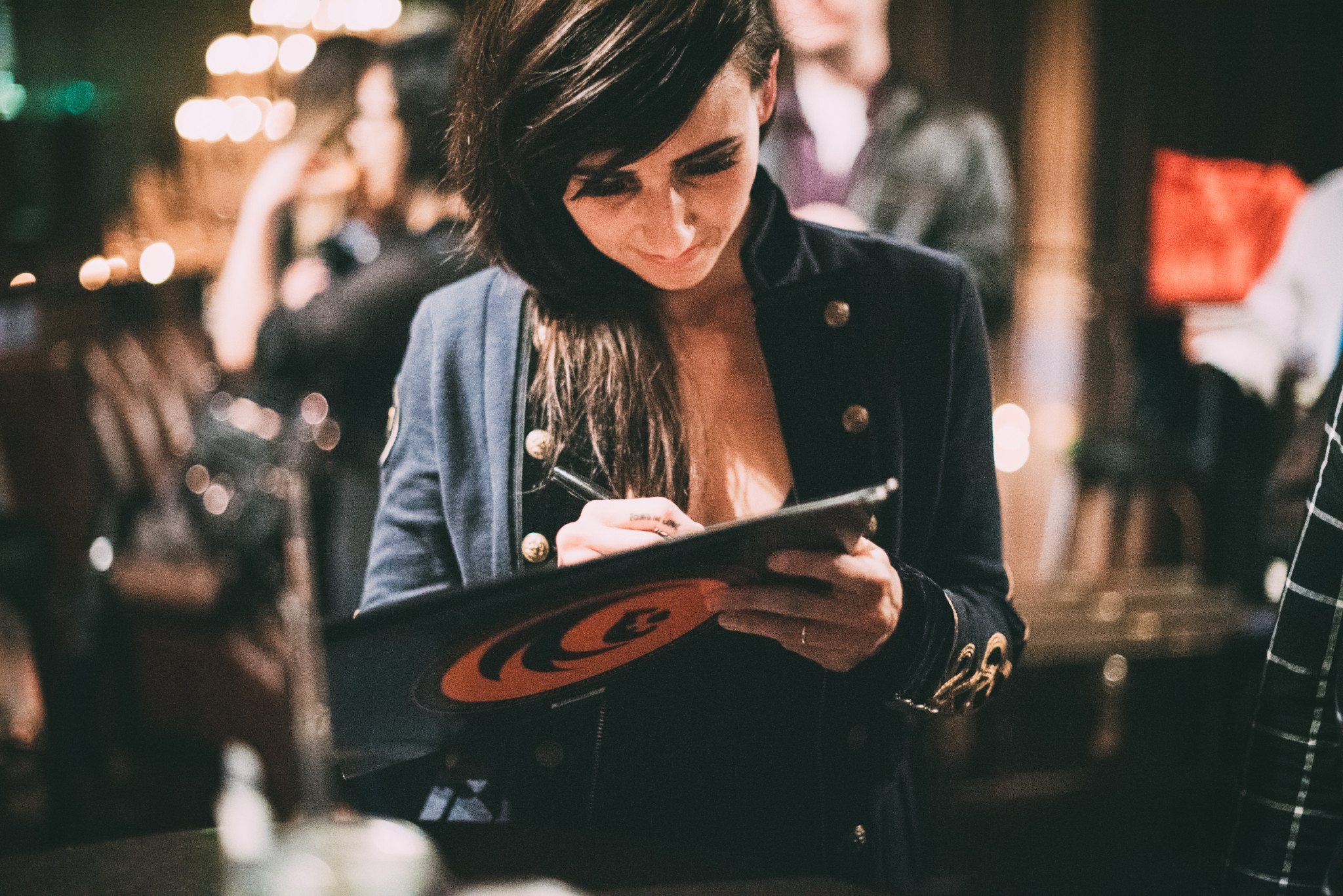 Do you have a favourite song from one of those albums?

“Up We Go” is one of my favourites to play live. It’s so fun! It has such a vibe and it’s such an uplifting moment. Everyone gets into it and sings and you really believe it. One of my favourite songs I’ve ever written is actually one of the unreleased ones that’s coming out on our “Little Machines” spin. I can’t wait for people to hear it. It’s called “Follow You Down.” That’s the first time anyone’s ever heard that title, just right now. 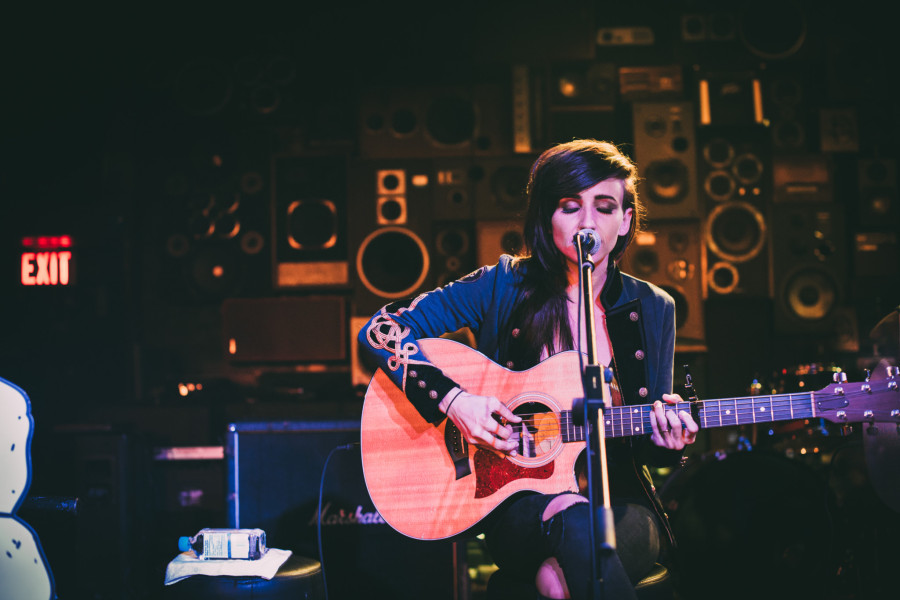 That’s an exciting exclusive! You’re playing an acoustic performance as a unique experience for your fans that have supported MusiCounts. What are you planning to play tonight?

Planning to do half an hour of acoustic stuff, stripped down songs from all the albums. Maybe two to three from each record and maybe a cover. It will be myself and Brody and you know just talking to people and it’s like that intimate campfire vibe. That’s the best kind of show, it’s so fun, you can tell stories. 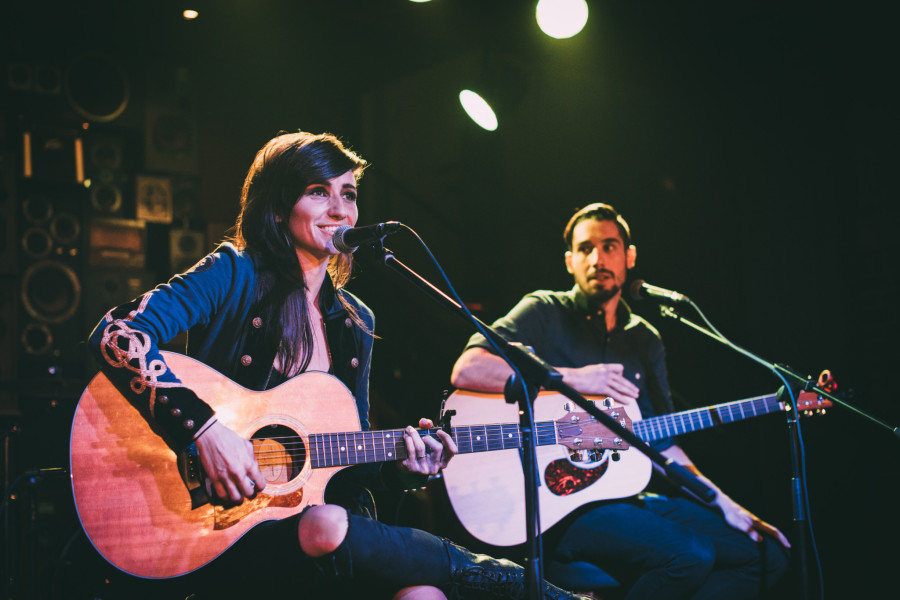 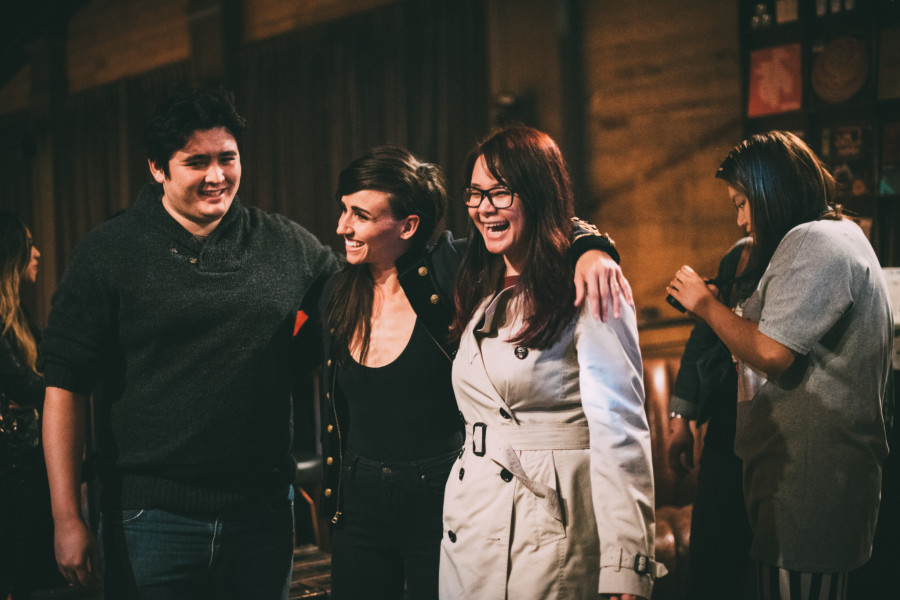 Before we let you go, what do you have coming up next?

Yes! We have our big U.S. tour coming up. It’s a co-headliner with the Mowgli’s and it’s going to be one and a half months out on the road until December. So that’s our next big endeavor, is writing and touring. 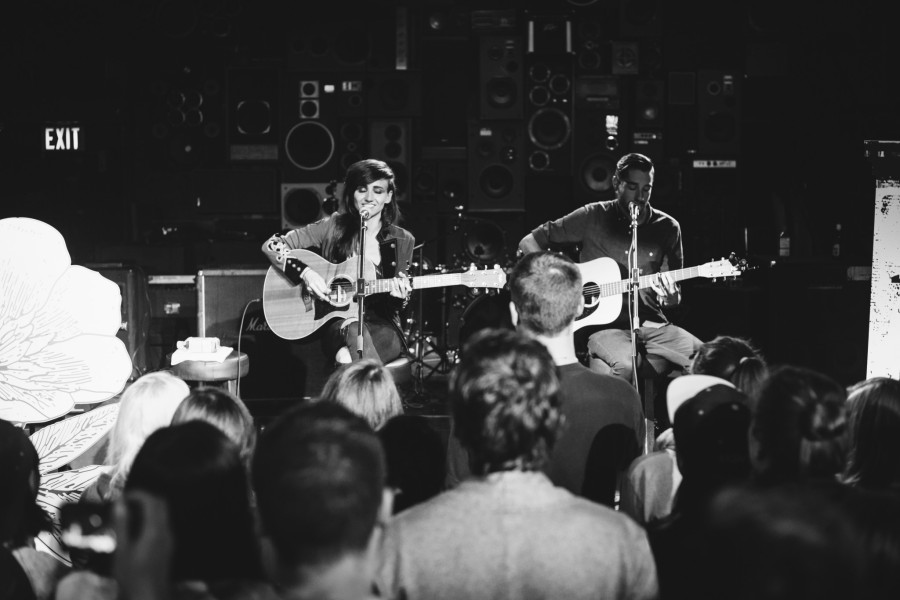 Performance photos by Brandon Artis Photography. Connect with Brandon on Instagram at @_brandonartis.