Success at a young age can be pretty terrifying, especially when a break can mean a breakdown, writer’s block can feel like a career’s end and the spotlight can be cruel. Lights set the bar pretty high for herself after 2011’s strikingly articulate “Siberia,” with buttery melodic sounds woven with synthetic electro-pop and spread on top of poignant lyrics. With more than 100,000 copies sold worldwide, the success was a wild ride.

Then it all stopped.

If Siberia was the main course, her fans eagerly waited for the sweet dessert of a follow-up album. But hungry they remained, and though they begged for more, Lights remained off and their musical pallets remained unsatisfied.

Within her own mind a vortex of self-doubt had opened, and she was vacuumed into the vast terrain of uncertainty, chained by writer’s block and left to reconsider her sound and focus; convinced that she had run out of things to say.

It was from this bleak pit of silence that she would rise to create a Juno award-winning album, “Little Machines,” that gleams with timeless techno-pop and lyrics that make us all feel like kids again, lost in wonder and wide-eyed to the world. She travelled into the darkness to bring us the best version of Lights we have ever seen.

Having gone through what you did to get to this point and knowing what you do now, is there any advice you wish you could have given yourself then?

The reality is, I have gotten the most beautiful results from the hardest times of my life and that’s the only way you can get to those sometimes. I would maybe tell myself to expect that, because that’s how you learn about yourself, that’s how you discover a new facet of your talent or your abilities, by sometimes feeling like you’ve lost it all and to try form the beginning again.

Being at the bottom forces you to look at the big picture and make some big decisions. I’ve learned more about myself in those times, if I hadn’t gone through the writer’s block going into this album, I wouldn’t have this album be the way it is.

Writer’s block is terrifying isn’t it?

It’s scary! But what I’ve learned is that if you’re ever feeling uninspired, just remember that it’s not a lack of talent, you never lose your talent, I believe that talent can never disappear from your body, it’s a lack of vision for the bigger picture, and it’s not going to last forever, it just takes some exploration. 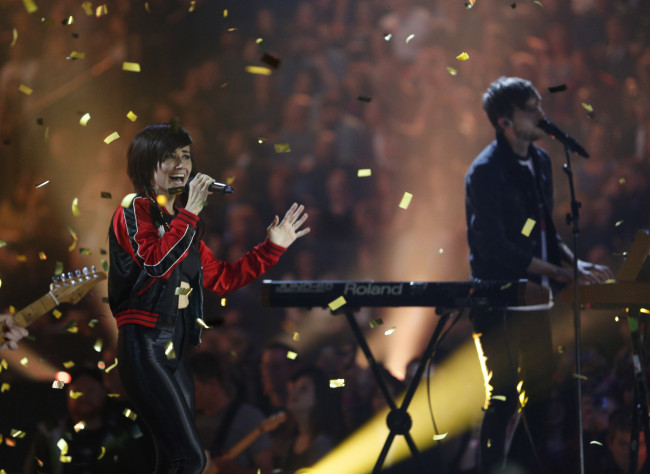 Nominated for Pop Album of the Year, a Juno performance AND on tour with a baby? That’s a whole other level.

I know… it’s a lot of work! I think people underestimate the amount I do in a day. It’s pretty amazing what you’re capable of. It’s all balanced by how amazing the journey is; it’s all worth it to see someone growing in front of you. I swear, every morning her hair is longer and she’s given me more direction in my life, so it makes all the other things on the side seem less important and that makes the journey more fun.

I realized that’s the whole point of life, to enjoy it and not to worry. All the things that are going to happen are going to happen, and you just have to take it a day at a time. We’ve spent so much of our lives thinking about the next thing, like, I always think about the moment when you get in a shower and it feels so good and you’re loving it, but when we’re in the shower we’re thinking about getting out of the shower and getting dressed and where we have to go… instead of enjoying it. So I’ve taken on this mantra where if any of those moments ever come to me that are great, I stop and I think about it and I say, ‘ I’m going to remember this.’ It makes me happier.

I read a quote the other day and it said, “your life is your message to the world,” and with so many versions of ourselves that we can show, and how many perceptions we are capable of giving, what’s your message?

Social media taught me a lot about our message to the world, and obviously we have the ability to create a life that we want people to think we lead and influence people in that way, but one thing I have learned in a big way is how powerful even one sentence can be. That comes with the negative too, it can be a virus that plants itself and causes a bad day. I’ve decided that I’m never going to say something negative about somebody or somebody’s work or their craft. I’m only going to say to the positive things. 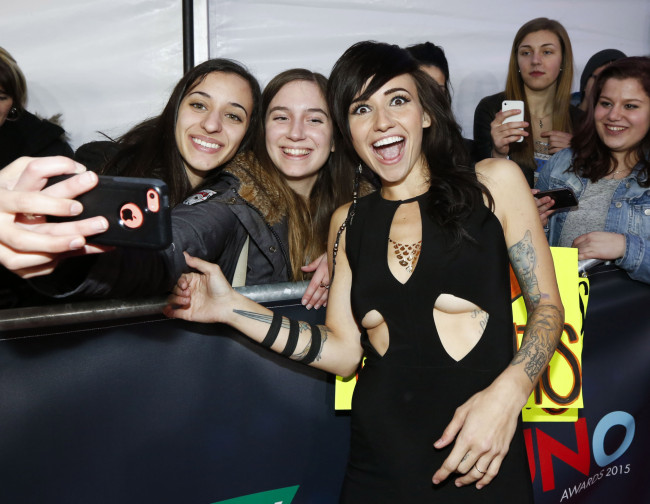 We recently had Pink Shirt Day in Vancouver – an anti-bullying campaign – and it’s something I feel really passionately about. I know that people turn to music quite often to get them through hard times, and your music does have a lot of really good messages, so if someone is getting bullied, is there anything in particular that you would say to them?

Bullying can come in so many different forms, I mean, I was bullied in high school and it wasn’t necessarily physical, it was a lot of verbal, degrading stuff. Then, I developed a music career…I met my manager, I signed a music deal, and I was flying in and out of Toronto. Those people at the school, they were making fun of the fact that I was “chasing Hollywood,” but they’re still in the same place.

All it took was me stepping out of that environment and doing the things that I love, to see that bullying only has power when you allow it to have power. Whatever someone tells you, it’s only as true as you allow it to be. It takes a little perspective to see that it doesn’t matter, my advice is to always to dive wholeheartedly into what makes you happy and that will eventually make everything else fall away. Times can be tough, but they don’t last forever, so find out what makes you happy and leave them in the dust.

When: Wednesday, March 18 –  signing autographs and taking photos from 5 to 7 p.m.