Lifestyles of Vancouver is a showcase of Vancouver’s most passionate and thriving group of young individuals.

What is Khøst and how did you come up with the name?

The name was a spontaneous idea really… After having already tried to build to different aliases, this one seemed to stand out. Originally, Grayson had seen the word in a movie and liked the sound of it. It wasn’t until about a month later that we realized the potential, having the sound “khost” be representative of the west coast where our sound had originated. 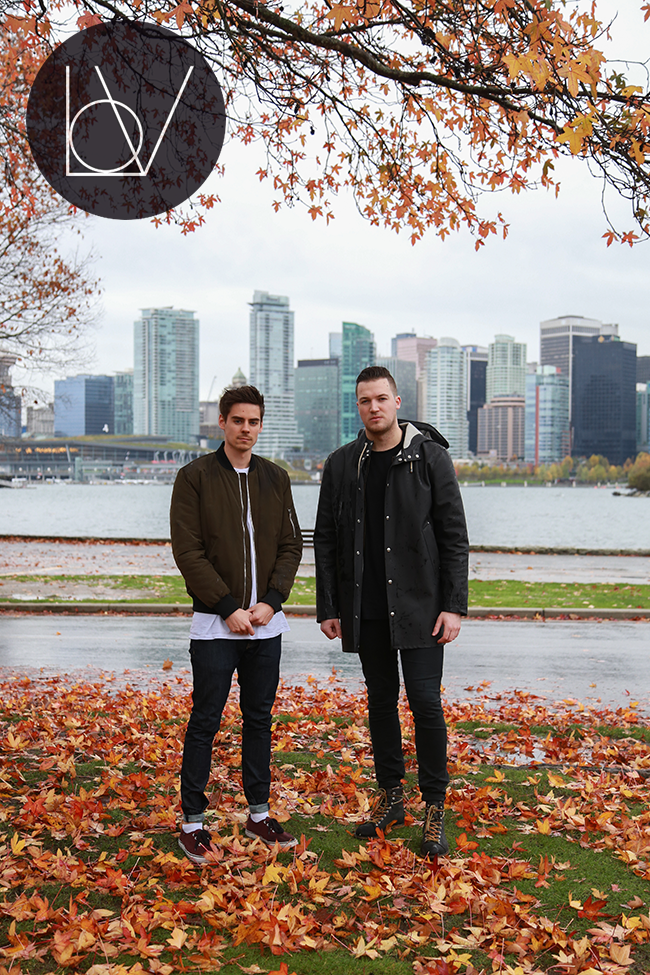 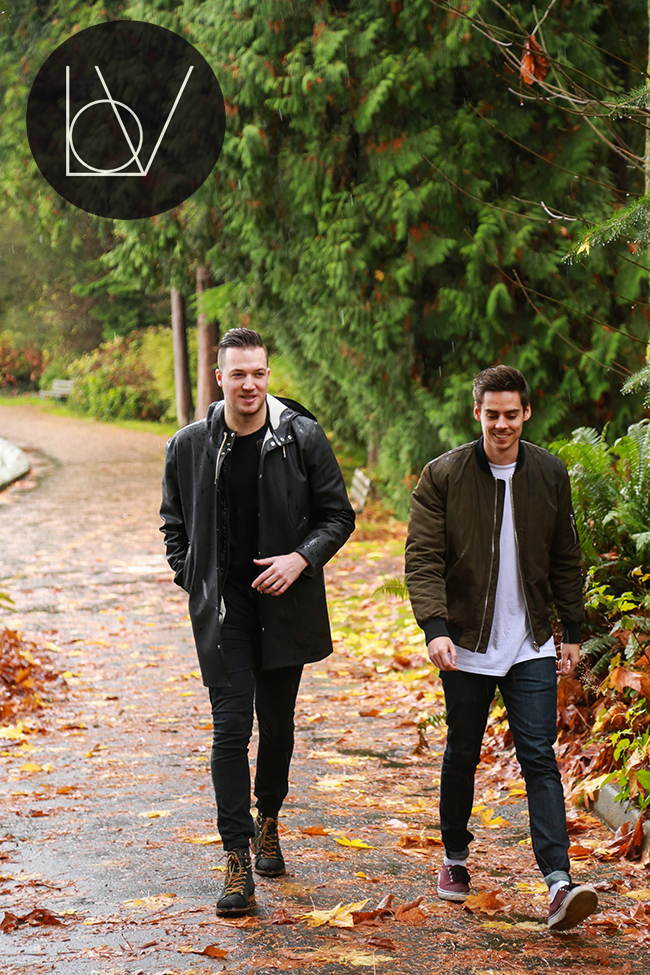 When did you start your company?

We’d been Djing together for almost three years before the thoughts of a partnership ever came to fruition. After meeting in university and sharing similar tastes in music (and food – shout out to Palagio pizza!) we eventually realized that working on our own sounds could be a fun and rewarding experience.

What is your genre? Describe your sound.

It’s taken us a little while to hone in on a specific genre or sound. Coming from a club dj background, it seemed only natural to gravitate towards the big club, progressive sounds that you hear all the time; however, after experimenting and networking with some fantastic local talent, the direction has changed significantly. Shifting back towards more melody driven bass-esque music has given us much more freedom and already seems more genuine in terms of the styles of music we appreciate. 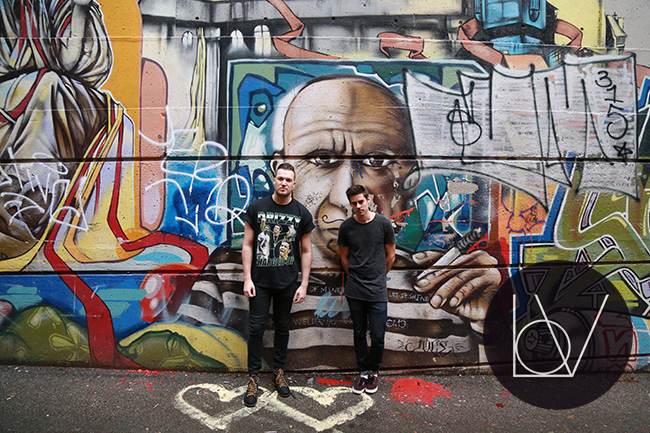 Did you have any hesitations about partnering up as best friends and former roommates?

The biggest hesitations definitely stemmed from the relocation on Tyler’s end. Having just graduated from university, it can be overwhelming when facing all the opportunities you’re now being faced with. It seemed like it would never happen, but I can still remember getting the phone call from Tyler telling me he was moving to Vancouver literally overnight. We’ve been working at it ever since! 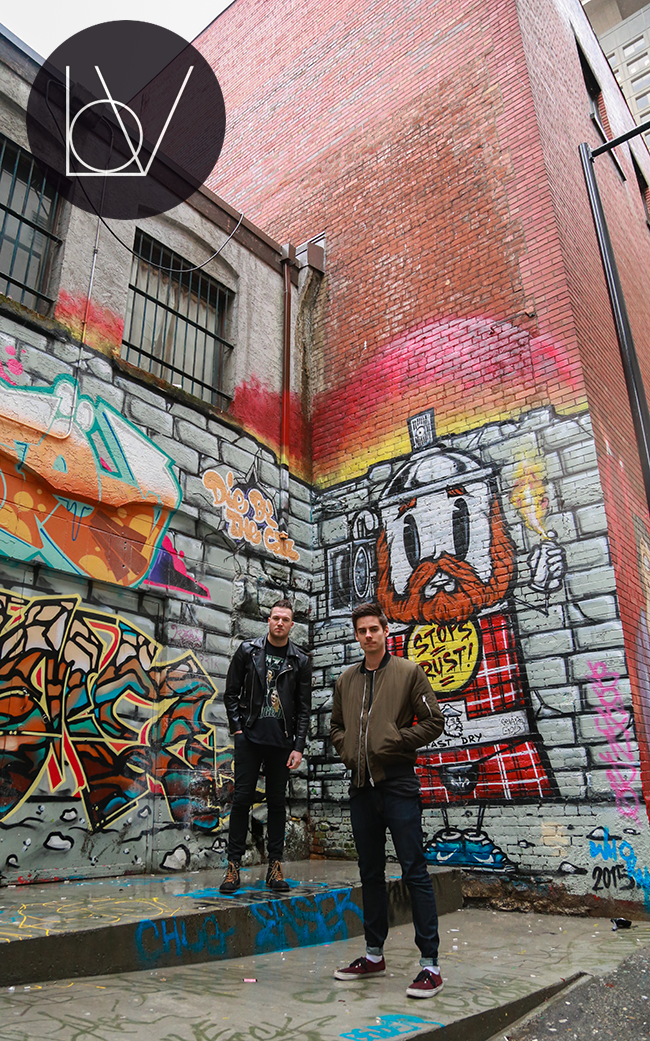 How has living in Vancouver influenced your music?

How often do you collaborate with other artists or producers?

So far our collaborations have been somewhat limited. With the exception of working alongside FKYA (another local Vancouver duo) we’ve been somewhat reserved, and we think part of that comes from being so new to the art of producing. We think it’s always important to open up to opportunities to work with other artists as it gives you a chance to see how other people are making their music and finding inspiration; however, it’s also important to understand the sound you want to achieve, allowing you to bring your own elements and themes into the shared project, which comes with time. 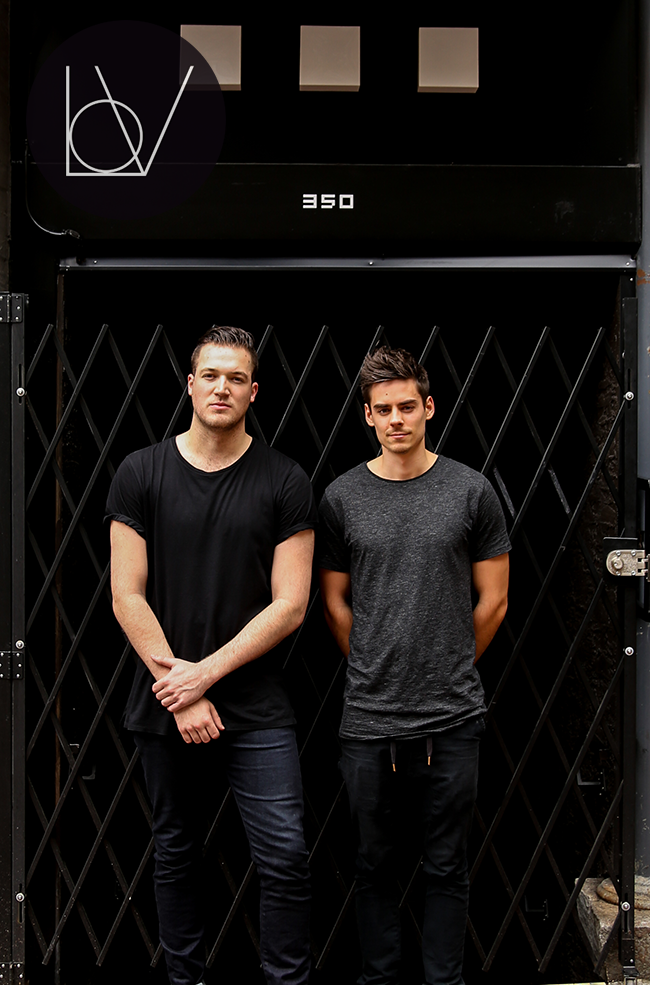 What struggles do you face as a new production company?

With the way the music scene is headed, and as cliché as it is so say, the biggest challenge is finding ways to sound unique. If you’re not standing out, you’re never going to be noticed; people want to hear something new. Apart from that it’s finding the time to apply ourselves to a new project. Becoming an artist has never been, and likely never will be, a get rich quick scheme. We make music because we love it, not for any sort of monetary gain. Of course, this also means that we can’t devote our entire lives to being in the studio (or at least not yet) making the process a lot slower than it could be.

What have you learned in your first year of business?

That persistence is key. As it was just mentioned, you’re not going to become a global sensation overnight, you need to have patience and determination. It’s also important to keep an open mind, and not to take things too seriously. Take chances, make the best of small opportunities, and most importantly, learn from and help those are around you. Like we said, we’re doing this for fun, so it’s important to keep things that way. 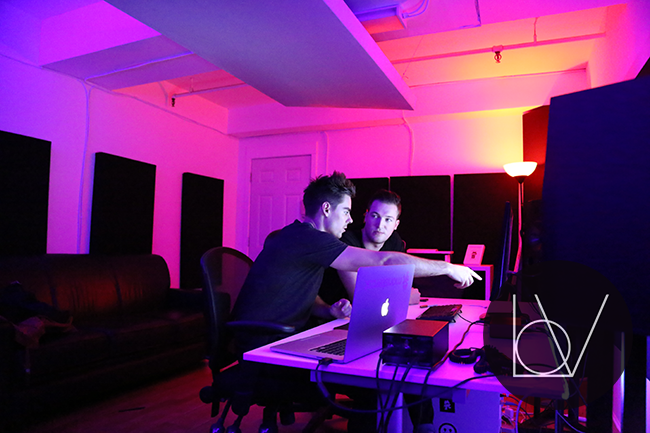 Where do you see yourselves going with your sound as you progress?

It’s hard to say… As much as you want to keep up with the latest trends in music it’s equally as important to make the music that you enjoy. We’ve found it difficult to stay inspired when working within the confines of what’s currently trending, so staying true to our roots is what will hopefully carry everything forward. We still have a lot to learn, but have also been so incredibly blessed to be in the position we are. Stay tuned.