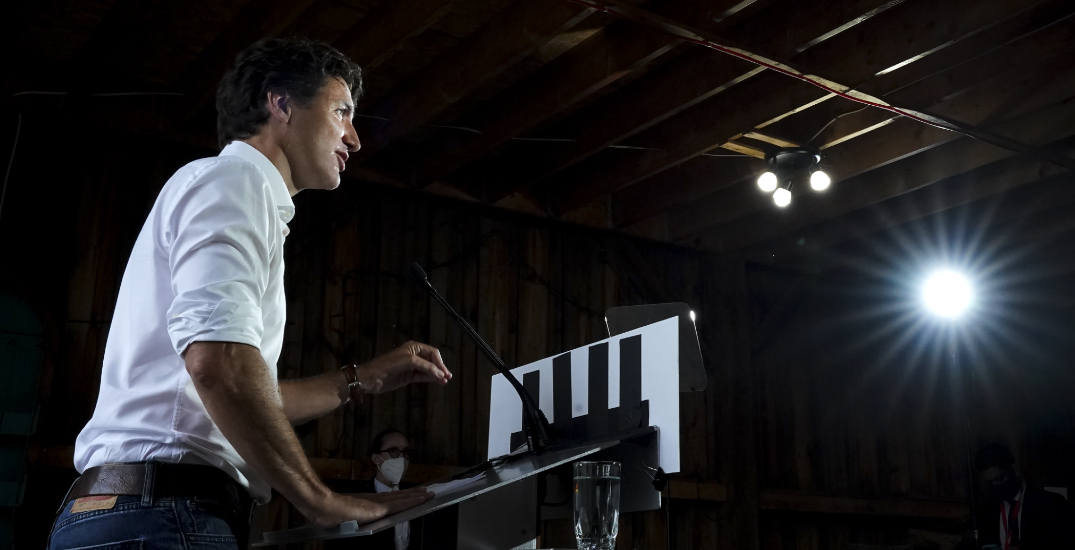 Liberal Leader Justin Trudeau pledged Monday to spend $1 billion over a decade to protect and restore Canada’s big lakes and river systems, as he again sought to paint a stark contrast between his party’s environmental record and that of the Conservatives.

A re-elected Liberal government would also build on its budget commitments by fully funding the creation of a new Canada Water Agency to co-ordinate freshwater initiatives, with a launch set for next year, Trudeau said.

The 2021 budget allocated $17.4 million over two years to begin work in preparation of the agency’s launch and in establishing the scope of its mandate.

Trudeau made the announcement in Granby, Quebec, a day after unveiling his party’s first major climate change promise of the campaign.

Trudeau branded his party’s new campaign commitments on the environment as a continuation of work started six years ago when they were first elected, warning that if the Conservatives come to power, the fight against climate change would be compromised.

Trudeau said Conservative Leader Erin O’Toole would set Canada back to the era of former Tory prime minister Stephen Harper, who was defeated in 2015.

The Liberal leader also said he planned to release his party’s platform in the coming days. He has been under attack from his political opponents on the federal campaign trail for not doing that.

Trudeau needs to make inroads in Quebec if he wants to make gains in this election, so he also took aim at the environmental stewardship of his Bloc Quebecois opponent, Yves-Francois Blanchet, for his record while in his previous job as Quebec’s provincial environment minister.

Trudeau defended his government’s decision to fund the Trans Mountain pipeline expansion, saying his new plan is dedicated to stopping the rise of carbon emissions from Alberta’s oilsands.

“But the industry knows that and indeed Albertans, and people in the energy industry have always been innovative, and leaders in figuring out new solutions to move forward in the right way,” he said.

The announcement also included $37.5 million in funding over six years for freshwater research at the International Institute for Sustainable Developments Experimental Lakes Area, a natural laboratory in northwestern Ontario that the party said is the only place in the world where experiments are conducted on real lakes.

Trudeau was able to make his announcement Monday free of the hecklers and protesters that disrupted his two previous campaign appearances in Ontario.

On Sunday, the Liberal leader vowed to regulate total emissions from Canada’s oil and gas producers if re-elected.

The plan also earmarks $2 billion to create jobs for fossil fuel workers in Alberta, Saskatchewan, and Newfoundland, and requires that half the cars sold in Canada be zero-emission by 2030.

Sunday’s announcement was nearly drowned out by a crowd of angry protesters who blared sirens and chanted often expletive-filled slogans.