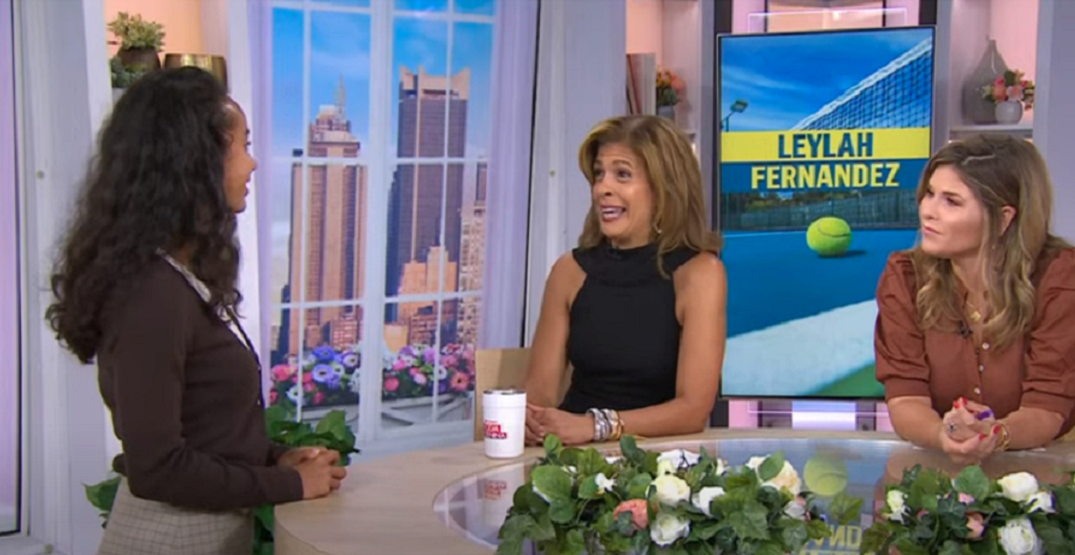 Tennis star Leylah Fernandez had quite the week with her family at the US Open, but it’s no surprise who she’s looking forward to seeing most when she returns to Canada: her dad, Jorge.

“It’s gonna be the best hug, ever,” Fernandez said on an appearance on the TODAY show, hosted by Hoda Kotb and Jenna Bush Hager. “Normally, my dad doesn’t like hugs, but he’s gonna get it. I’m gonna get in there, I’m gonna force it on him.”

Tennis star @leylahfernandez joins us live in the studio to talk about the #USOpen pic.twitter.com/bkC08z36n7

Jorge Fernandez, who serves as Leylah’s coach, chose to remain home during the US Open during his daughter’s run to the final. Fernandez ultimately fell in straight sets to Emma Radacanu, but her tournament captivated audiences across Canada and the globe.

“Being on the court that day, it meant the world to me,” Fernandez said of playing in the final. “I remember being a little girl growing up wanting to be on Arthur Ashe, playing a final, wanting to put on a show for everybody, for the fans. I’m just so glad to have the fans to enjoy the tennis as much as I did. Every time that I’m in these moments I just want to appreciate it and enjoy it as much as I can.”

Leylah Fernandez also emphasized again what living in Canada has meant to her family, as her dad is originally from Ecuador, while her mom is from the Philippines and grew up in Canada.

“Canada has been so kind to us. They open their doors for us, they gave us opportunities for my grandparents to work, to keep fighting, and they gave opportunities to my dad and to my mom,” she said. “With all these opportunities, they took advantage of that and they did everything in their power so that me and my sisters, my cousins can have a great life and we can keep going, keep fighting and keep having that smile on our faces.”