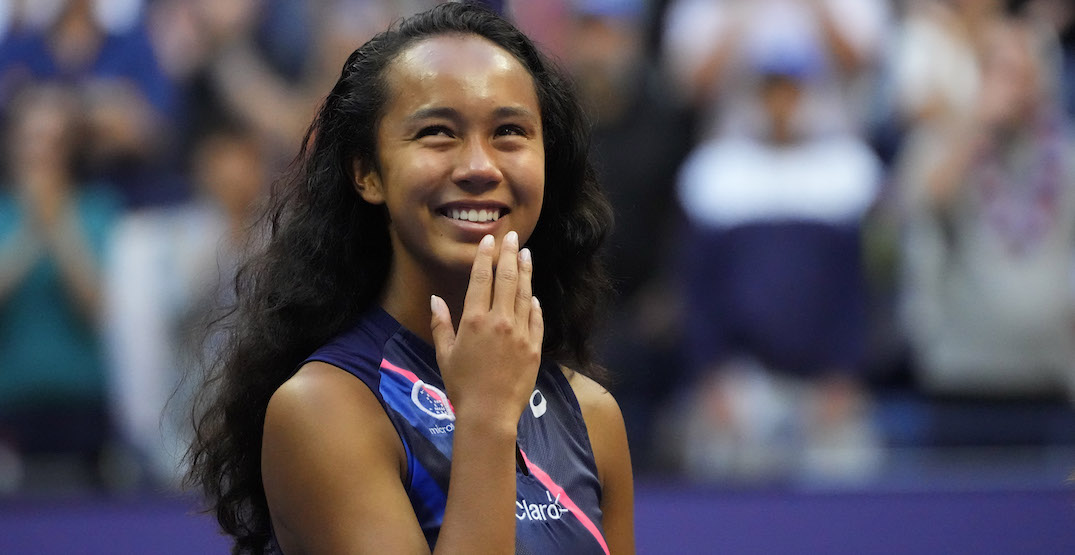 With tears in her eyes after the most painful loss of her young career, Leylah Fernandez impressed everyone during her post-match interview.

The 19-year-old Canadian once again thanked the crowd in New York, that cheered her on the past two weeks at the US Open. While she acknowledged the loss to Emma Raducanu will take a while to get over, she was able to put her amazing run into perspective.

“It’s incredible… I’m very proud of myself with the way I played these past two weeks,” Fernandez said during her on-court interview with Mary Joe Fernandez.

As the interview was about to wrap up, Leylah stopped the second-place trophy presentation to ask if she could share one final message.

“I know on this day it’s especially hard for New York and everyone around the United States,” Fernandez said on the 20th anniversary of the 9/11 terrorist attacks. “I just want to say that I hope I can be as strong and resilient as New York has been the past 20 years.”

It was an especially thoughtful message given the fact that Fernandez was born in 2002, nearly a full year after the 9/11 attack.

"I know on this day it's especially hard for New York and everyone around the United States. I just want to say that I hope I can be as strong and resilient as New York has been the last 20 years."

Fernandez proved to be a fighter during this run at the US Open, winning four straight three-set matches over some of the best players in the world just to get to the final.

It clearly endeared her to New York tennis fans, and the feeling was mutual.

“Thank you for always having my back. Thank you for cheering for me,” Fernandez said. “I love you New York, and hope to see you next year.”

You get the feeling this isn’t the last we see from the rising Canadian tennis star.

“I hope to be back here in the finals, and this time with a trophy — the right trophy!”

The first chapter in what is sure to be a stellar story. pic.twitter.com/Idu5Xna4kK