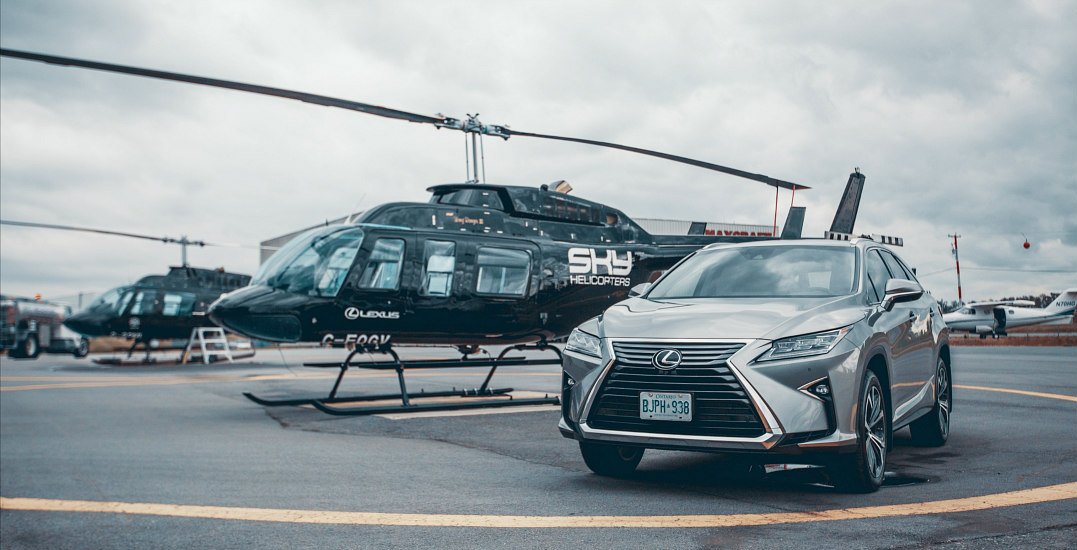 Vancouver is home to many exclusive elements that make living in the city quite unlike anywhere else.

That’s why luxury vehicle leader, Lexus, has opened up a new realm of possibilities for influencers in the city, to expose them to this greatness, in celebration of the 2018 Lexus RX L.

The all-new RX 350 L and RX 450h L combine the original luxury of the SUV with third-row seating. Sublime interiors and intelligent design make the comfortable vehicles feel big, but not in an overpowering way. And the ride, well… it’s the epitome of smooth.

Instead of connecting with the target market online or over the phone, Lexus invited them in for an exclusive one-day Master Class to showcase the values that Lexus holds through local Vancouver masters.

In Vancouver, the city’s top influencers were asked to take a seat in the Lexus RX L and embark on a sensory adventure, connecting with the city’s masters of food, art, hospitality, and design, along the way.

Before the Master Class began, influencers were informed that they would be visiting select locations in the city where they would learn from experts in their craft and how their philosophies tie in with the core values Lexus embodies; Omotenashi, Takumi Craftsmanship, Exhilarating Performance, Imaginative Technology, and Brave Design. 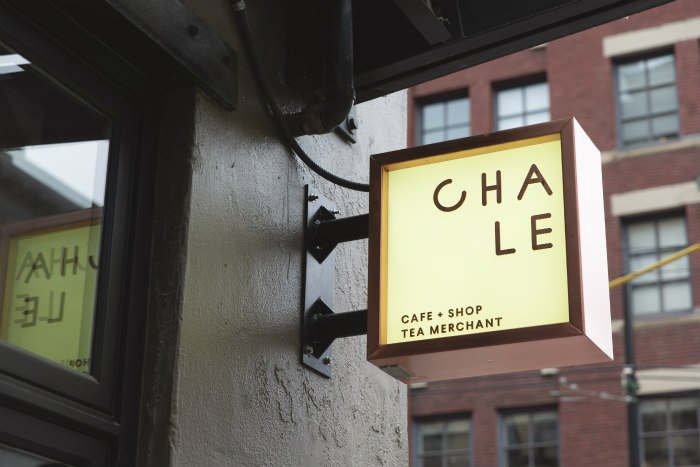 The Japanese tradition of Omotenashi (approach to service) is a huge part of Lexus’ culture. That’s why the first stop during the Master Class was to Vancouver’s high-end tea cafe Cha Le Tea. 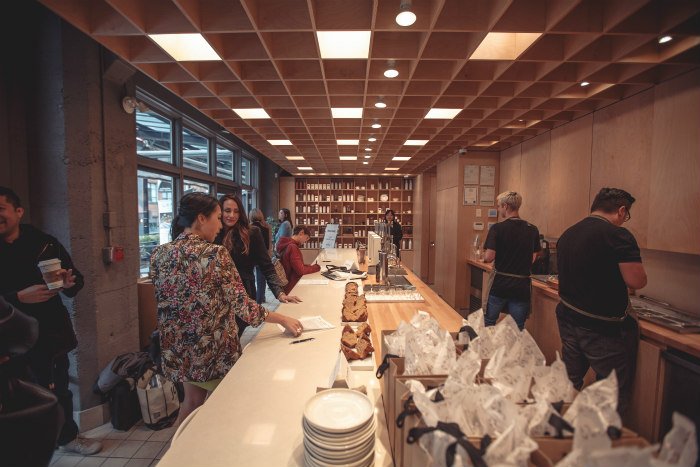 Owner of Cha Le Tea cafe and shop, Sue Wang, creates and promotes great tasting, healthy, modern style tea. Before she opened shop, she wanted to answer one question: “How can I modernize tea culture while still appreciating the traditional values?”

Fast-forward to 2018 and Cha La Tea is a modern, energized tea haven where anyone that walks through the door is guaranteed great tea. 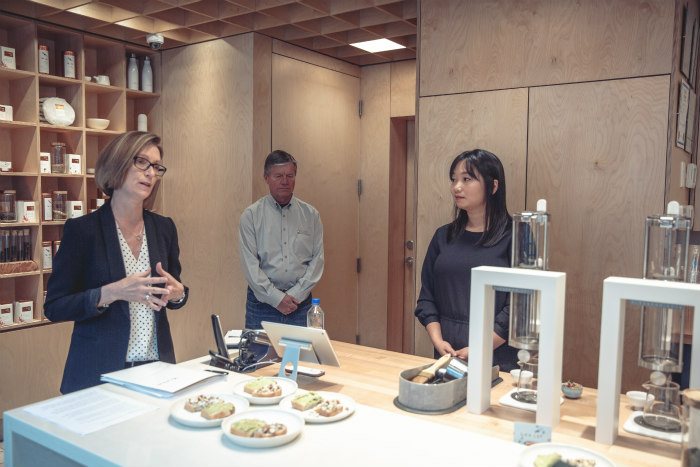 Next up was a culinary tour of Takumi Craftsmanship in Vancouver’s iconic Granville Island Public Market. This included stops at A Bread Affair, Armando’s, Benton Brothers Cheese, and The Liberty Distillery, before visiting Edible Canada for lunch. 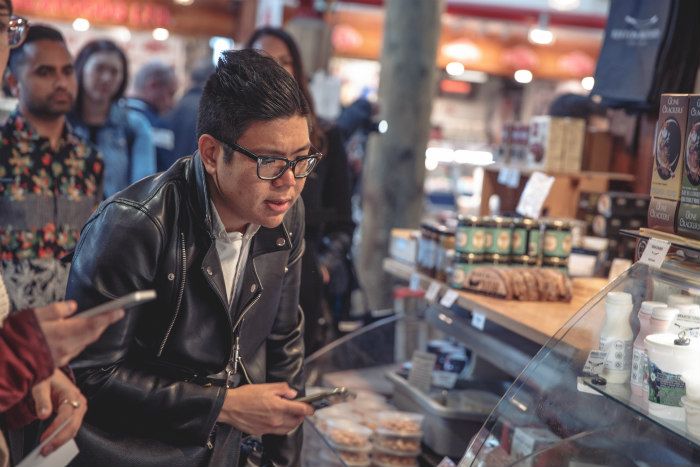 At Benton Brothers Fine Cheese, the group met with Jonah Benton. He and his brother Andrew founded their company back in 2007 as they believe in offering real, fresh-off-the-wheel cheeses that you can truly taste. Today, they’re known for having some of the best artisanal and raw milk cheeses in the city.

Tanya Belanger, owner of BC’s first certified organic bakery, A Bread Affair, spoke about the mastery behind her work. Small batches of artisan bread are baked in-house with top quality, preservative-free ingredients. Belanger spent time understanding the science and art of artisan bread, and this is represented on the wall of the Granville Island Bakery in the writing that reads: “The Alchemy and Artistry of our Bread.” 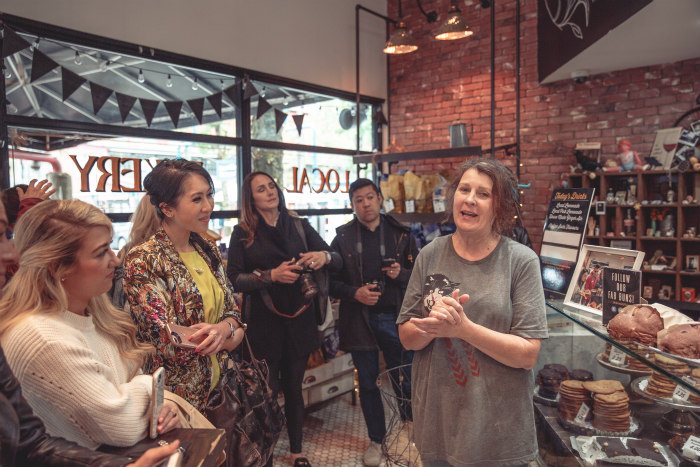 Owner of Armando’s Finest Quality Meats, Armando Bacani, has been running his award-winning family butcher shop at Granville Island since 1987. It’s a place known for its wide variety of meticulously-sourced premium quality products. Bacani serves meats to some of the city’s top chefs and restaurateurs, like David Hawksworth and Harry Kambolis.

A trip to Granville Island wouldn’t have been complete without a visit to The Liberty Distillery which was Vancouver’s first distillery to produce hand-crafted, premium spirits made from 100% BC organic grain and quality BC ingredients. Director of operations at the Distillery and master of spirits, Lisa Simpson, explained how they have been giving people opportunities to experience and taste spirits in a new way. 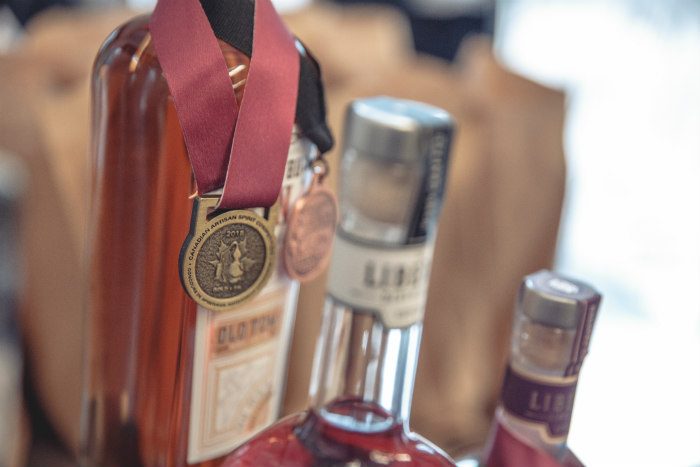 Takumi is an ancient Japanese concept that holds the essence of absolute mastery of an art or craft, so it made sense that these spots and the passionate master craftspeople behind them were visited along the tour.

Pro fact: One of the qualifying tests for the master craftspeople behind Lexus is to fold a piece of origami with their non-dominant hand – in less than 90 seconds. 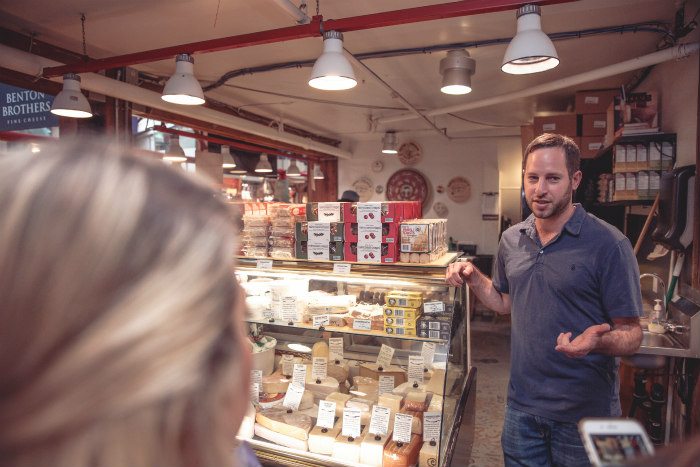 Influencers then enjoyed a scenic drive in the RX Series to Pitt Meadows before going to meet the master of exhilarating performance, SKY Helicopters. The drive was a pinnacle moment for the group because they had spent the whole day learning about what makes Lexus vehicles so special.

Each individual had the chance to jump in the driver’s seat and get behind the wheel of an RX L to experience its quick, smooth handling. When they discovered the 2018 Lexus RX Safety System+ with automatic high beams, lane departure alerts, and pedestrian detection, you could say that many were reconsidering their current car situation. 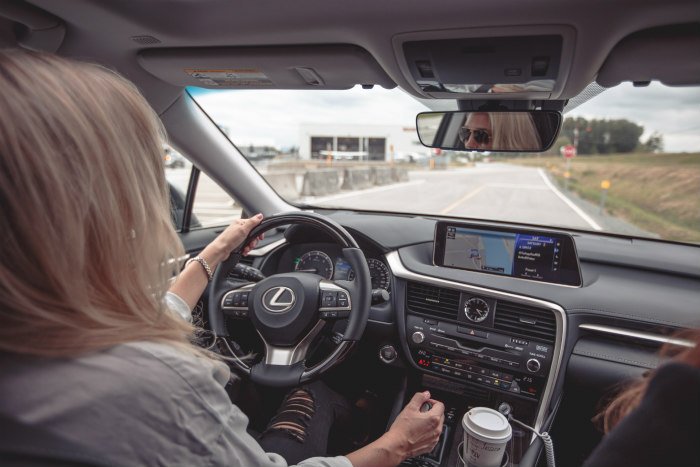 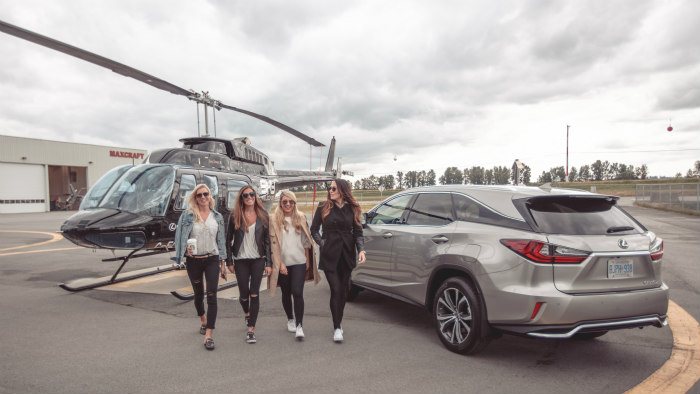 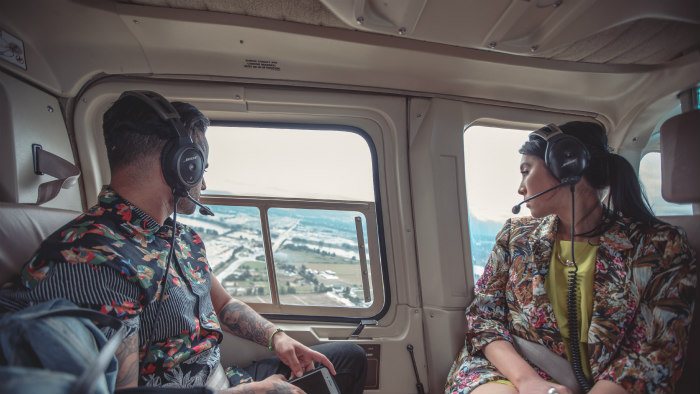 For Lexus, conformity isn’t an option when it comes to design. The brand believes that brave design is what elevates the simple to something extraordinary. That’s why the Lexus Master Class in Vancouver featured a Brave Design dinner with chef Mark Singson. 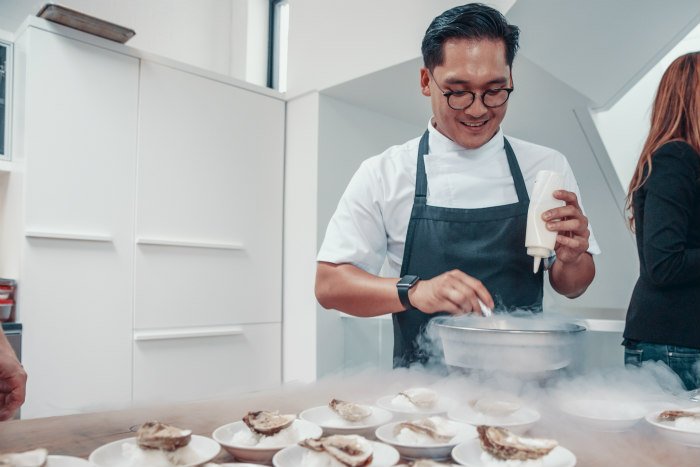 Founder of FAM Inc., chef Singson has a passion for delivering delicious and creative dining experiences. He recently became the runner-up of the latest season of Top Chef Canada, standing out for his risk-taking in the kitchen. 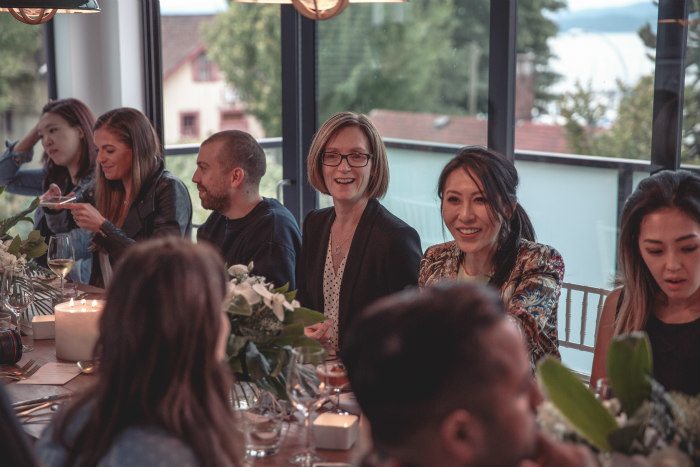 Visit Lexus Canada now to find out more about the new RX L and its luxury features.