For the past several years, dog owner Danielle Bauer loved bringing her Chihuahua-mix with her to downtown restaurant patios.

But over the past few weeks she says some of her favourite restaurants — that always welcomed dogs on their patios — had a change of heart. And little Beans wasn’t welcome anymore.

“I found that every single one of my favourite dog-friendly restaurants were turning away dogs and their owners. The staff were very apologetic, but explained that they were receiving warnings from the health inspectors,” she told Vancity Buzz.

Bauer has launched a Change.org petition calling on Vancouver Coastal Health to relax its regulations and allow dogs on outdoor patios.

VCH is in charge of enforcing B.C.’s health regulations, which dictates animals can’t be in any area where food is prepared. Current city bylaws prohibit dogs from being on a patio where food is being served; however, many spots provide a tie-up space just outside the fence, so dog owners can be closer to their pooches.

Bauer says her petition isn’t asking for patios to all be dog-friendly, but rather to allow restaurant owners to make their own decision about it.

“It’s nice to have a few dog friendly patios to go to so that you don’t have to leave your pooch cooped up in a hot condo,” she said.

People who signed the petition agree that it should be up to the restaurant owner, not health authorities, whether canines should be allowed.

“This is not a health issue. This is all about people not liking dogs,” said Michael Agnew.

Added Justin Bolivar: “Dogs are less obnoxious than most patio patrons in Vancouver.”

Do you think dogs should be allowed on restaurant patios in Vancouver? 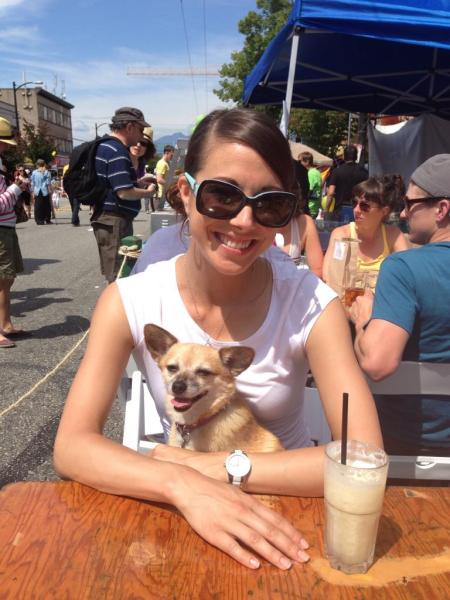