When you hear the words plant-based diet, some go, “oh no here comes the vegetarians!” and we put our hands to our ears and go “lalalalala!” because we don’t want to hear another food sermon from our dear vegetarian friend or family member.

Of course many of us like to chow down on a good steak or a big juicy burger, but have we really thought about how much meat we actually consume and could we cut our meat intake back a tad?

It is a fact that meat costs a lot to produce and purchase, it also doesn’t do wonders for our environment. There was a study back in 2011 that found eating less meat could double our world’s food supply.

There was also a study published by the Archives of Internal Medicine through Harvard University that explained how eating too much red meat could cause one’s lifespan to shorten.

But how much is too much? The Dieticians of Canada recommend one serving (75 g or 2 1/2 ounces) of meat every day, along with a meat alternative to make up the recommended daily intake of five ounces of protein.

There seems to be a movement afoot around the world, especially here in Vancouver, where many people are looking for alternatives to the traditional meat featured meals.

FeedLife.ca is based out of Vancouver and is the brain child of two vegans named Eden Elizabeth and Colin Medhurst who are not only married but have become business partners who do more than just talk, the talk.

This dynamic veggie eating duo have been showing people that you can cook tasty, healthy and nutrient rich meals using plants and vegetables.

I sat down with Colin, who is also a Richmond Firefighter, Yoga teacher and an expert on how to substitute the steak for the kale, and I picked his brain on how FeedLife.ca could benefit vegetarians and meat eaters alike.

What was the reasoning behind FeedLife.ca? The birth of this helpful website came from Eden’s own personal battle with cancer.

Feed Life was created really out of what Eden felt was a huge gap in the way that people think about health, said Colin. She saw this with so many people going through cancer treatment and her time working with the general public, in that there was no real support or information out there that showed what people can do on an everyday basis to positively affect their life. 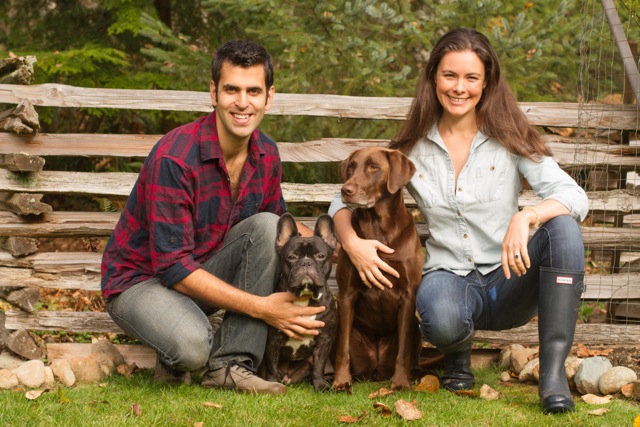 Eden, who describes herself as a two time cancer thriver, has been fighting the disease not by traditional methods of chemotherapy but by eating a plant-based diet, daily exercise, and through a mind-body connection.

Eden is also a Registered Holistic Nutritionist, Culinary Artist, and she also formulated the popular 3, 5 and 7 day juice cleanses for The Juice Truck here in Vancouver.

Both Colin and Eden have been teaching in person classes at the Juice Truck store front location on West 5th in Vancouver and felt that there was more they could do to reach a greater amount of people with fabulous alternatives for healthy and balanced meals.

Nobody is holding a gun to our head to become a vegetarian or vegan, and Eden and Colin are not out there hawking food religion and forcing it onto everyone. Instead, the site offers some great recipes, information and cooking videos for those that want to make a very beneficial change in their eating habits.

I will imagine there will always be people eating meat, but it’s more about if we as a society can actually lower the unnecessary intake of meat for a multitude of reasons, we will increase our health, said Colin. A plant based diet can naturally keep you at a proper weight level, and because you are eating phytonutrients your immune and endocrine systems are always functioning at a really high level.

Phytochemicals. They are one of the greatest discoveries in plant-based foods. Those chemicals get absorbed into your body and they will interactively affect you at the cellular level. Those chemicals originate from the immune system of the plant and so when you consume those plants they also help in boosting your own immune system, which in turn helps you fight off disease and sickness.

Some people have already started “No Meat Mondays” and some have even cut their weekly meat intake in half.

From an environmental stand point studies have shown that for each Canadian household that eats plant-based foods one day a week, they can reduce greenhouse emissions equivalent to 1867 fewer kilometers driven per year.

In the United States they have found that 55 per cent of soil erosion is the result of livestock. No big deal you say? Soil erosion costs the US about $37.6 billion ear in decreased productivity. Canada is going down the same road and it is happening all over the world.

According to Colin, Vancouver has been a city that has become very receptive to the idea of eating more greens.

There is a definite focus on health in Vancouver. I think there is a general movement or awakening that the food that we have been told or conditioned to eat by advertising and marketing is not the truth. 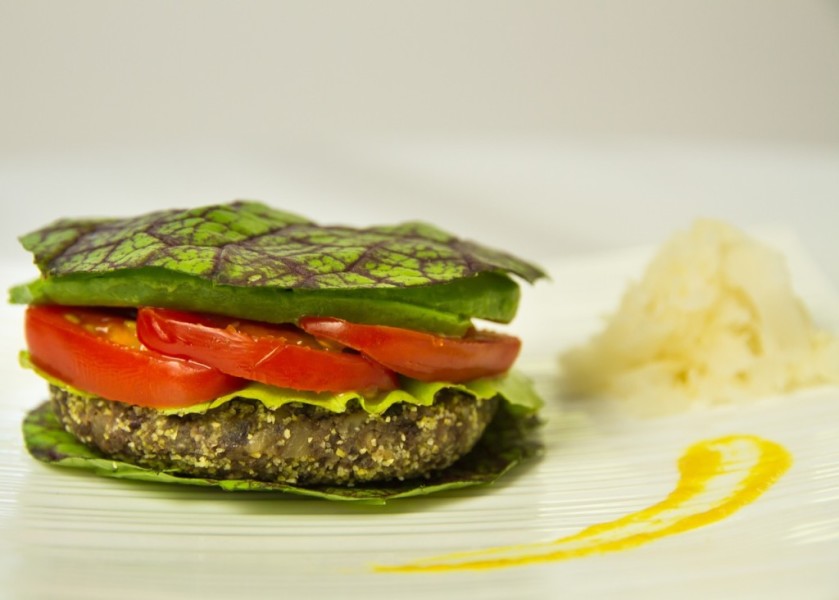 Some believe that we have been conditioned to eat meat for all our dinners. Chicken, Salmon, Steak, more chicken, pork, some steak again, etc… In some ways we need to expand our menu.

However, telling a meat eater to eat less can sometimes lead to debates or resistance to change, something Colin and Eden run into from time-to-time.

All I will say is everybody is on a path, everybody is on a journey and foods are very traditionally based, so for me to say to someone they should give up their meat is a very emotional decision because it is a cultural practice, said Colin.

I personally practice veganism and I do that because I believe in the environment impacts of my purchasing power. I believe that by choosing the foods that are the least strenuous on the planet that I’m contributing in some way in lessening the toxic load on our environment and that’s really important to me and to a lot of people who choose to eat this way.

Many share similar views and we can all agree that the meat industry needs some serious reform here in Canada. Besides all the political, social and environmental reasons to eat less meat, there are also physical benefits.

Personally I have found that when one goes 100 per cent plant based, your body lightens in a way that it functions at an amazingly high level, Colin said with excitement.  I can say that from an exercise stand point, an endurance stand point, and being a firefighter and working in strenuous and highly physical situations, because I have a full plant based diet, my recovery times are amazing.

The information on how to make those changes are at our finger tips and Colin feels there is an appetite for change and Feed Life is there to walk people through it.

That is what is great about our new website is that if people want the information they can access our video coaching and tips online. Eden is a great teacher and so inspiring. Our goal is for people to learn about plant-based living and shift their diet in a way that will nourish them from the inside out.  I think our online course makes it accessible for anyone around the world to access this way of living.

The new FeedLife.ca has just launched. If you are serious or curious about making a change on what you put on your plate, check the site out and read on how you can make some simple changes to your diet.

This is not about food religion, or vegetarians vs. meat eaters, it’s about one simple fact that more veggies we consume the better we are.

What say you?  Could you incorporate more veggies and plants into your diet? Or is this all a bunch of vegan hog wash?

If you want help making this change in your life, check out the new FeedLife.ca website to get started. Contact them and they would be glad to help you out.

Feel free to comment below, or tweet at @VanCityBuzz or me @TrevDueck. Give us your thoughts, but stay classy Vancouver.