The model caused quite a stir at the convention, as Vancouverites stopped in their tracks, instantly recognizing an icon of our city.

The man behind the Mark II SkyTrain model, William Fong, told Vancity Buzz it’s been a four-year passion project that began with a single piece.

“My model exists because of the LEGO windshield piece and its identical shape to the Mark II’s [windshield],” said Fong, a lifelong fan of public transit infrastructure design.

“The 2009 Mark II, in my opinion, was an excellent and modern direction for the city’s transit system,” he said.

Designed four years ago, and one year in the making (so far), Fong’s SkyTrain model can move, as all four wheels trucks are motorized.

But, he says, he already needs to do a complete overhaul of the wiring.

“I was racing to finish that during the convention, so it’s currently an electrician’s nightmare on the underbelly,” said Fong.

“I also need to install OLED screens for the digital sign boards on the front of the cars.”

Fong says he has the screens, but the ribbon cables need to be lengthened and he doesn’t know how to solder those to their circuit boards.

On top of that, Fong also wants to add orange lights in the door jams, and make the articulated joint covers bendable.

So where’s the next stop for his SkyTrain? Fong’s not too sure…

“I guess show it off as a running model at next year’s convention, but that’s about it… It’s currently sitting on my living room floor awaiting repairs and electrical redesign.”

Hopefully it will be up and running quicker than the Evergreen line.

Here are a couple more great shots of the LEGO SkyTrain: 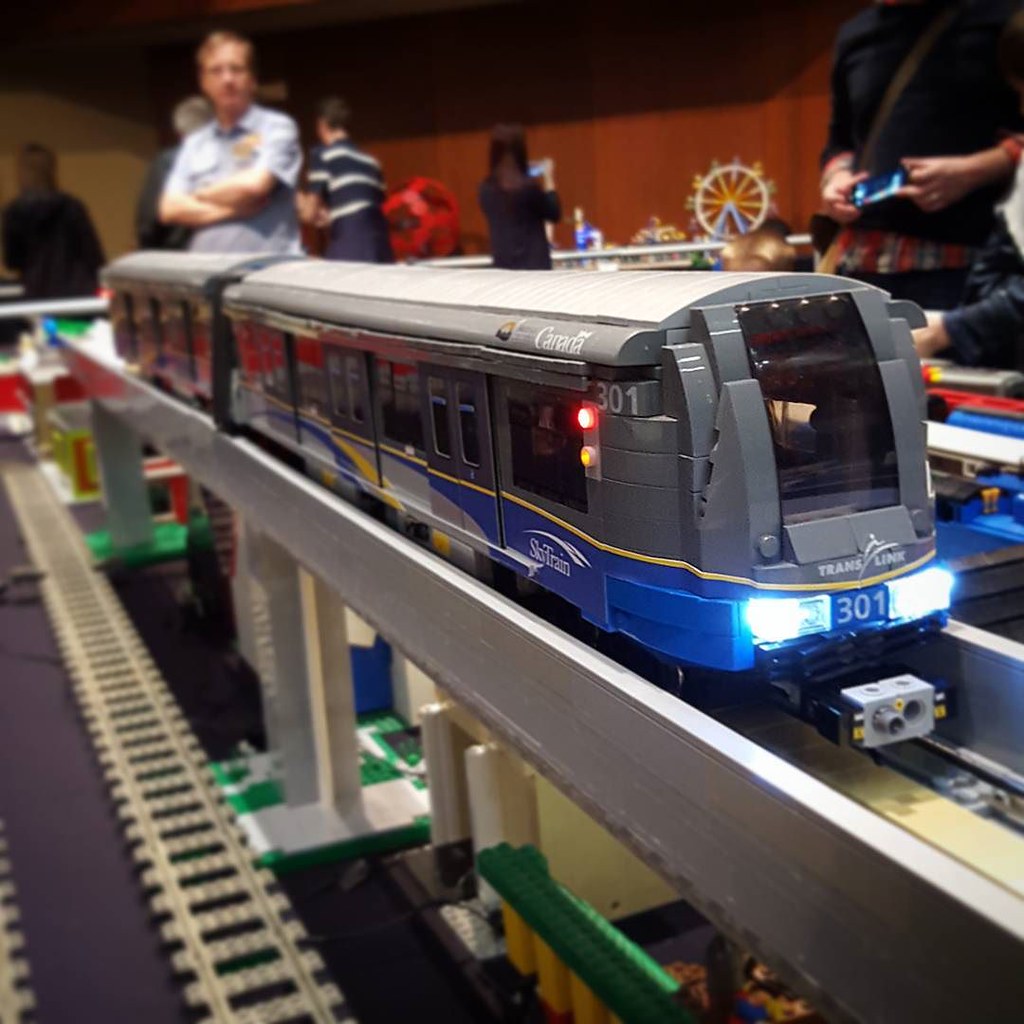 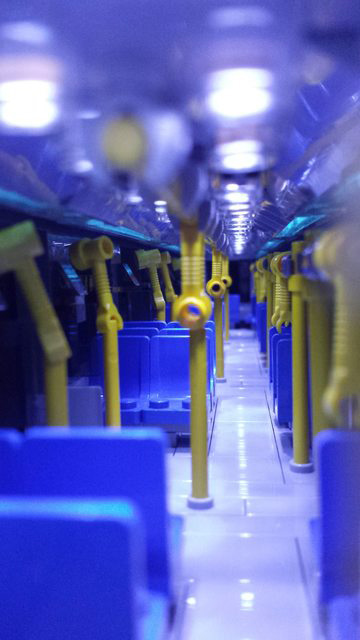