From miniaturized movie characters to imaginary cities and scenes, these plastic playthings embody human creativity like no other. Many will even admit that LEGO was a significant phase of growing up, when the blindingly cheerful colours served as iconic building blocks of childhood.

Well, LEGO isn’t just for kids, and they are more than mere toys. The Vancouver Lego Club (VLC) have stayed fond of the ubiquitous bricks. Made up of adult hobbyists, collectors and artists from the Greater Vancouver area, the club has been bringing creations together for public displays for the past 15 years. These little coloured bricks serve as an excellent tool for the innovative artist to provide a lively expression of ideas. 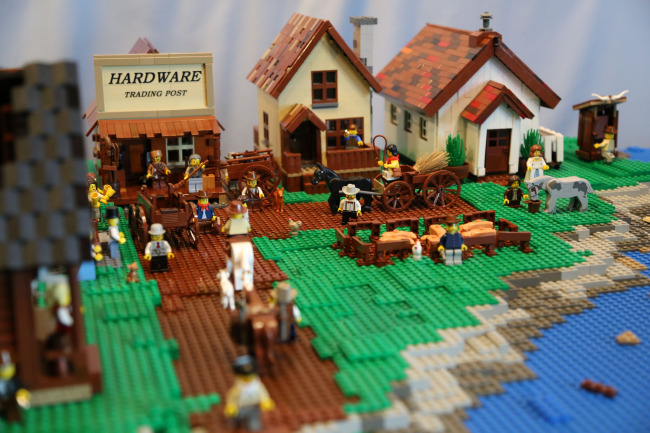 It took one million pieces to recreate 20,000 years (VLC/Flickr)

Since 2003, VLC has been creating displays for the Surrey Museum. This year’s exhibition, LEGO: A Fraser Valley Odyssey, took hours to simply map out and days to build. The idea of building the Fraser Valley “through the ages” was an evolution of ideas surrounding transportation, logistics, commerce and environmental changes throughout different time periods.

“Whether it is a hobby or an art form, LEGO is an evolving palette of colours and shapes to build with and reuse time and time again,” says VLC President, Allan Corbeil. “With enough LEGO at your fingertips, your imagination is your only limit.” 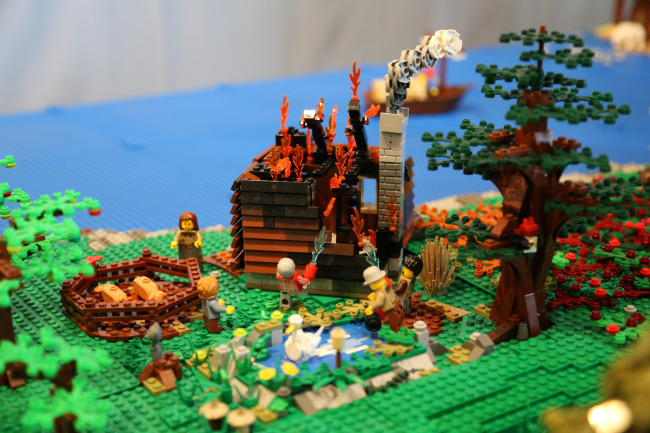 With a portrayal of Fraser Valley’s past, present and future, the parts and colours for each display were chosen to depict a sense of what the environment is, was and will be during each time.

The shapes and colours used in the 2383 ‘Far Future Guildford’ layout create a world that has gotten past the environmental changes. It’s a stark contrast to the more dull colours and simpler shapes used to depict the 2055 ‘Near Future Whalley’ where the world has been altered by climate change. 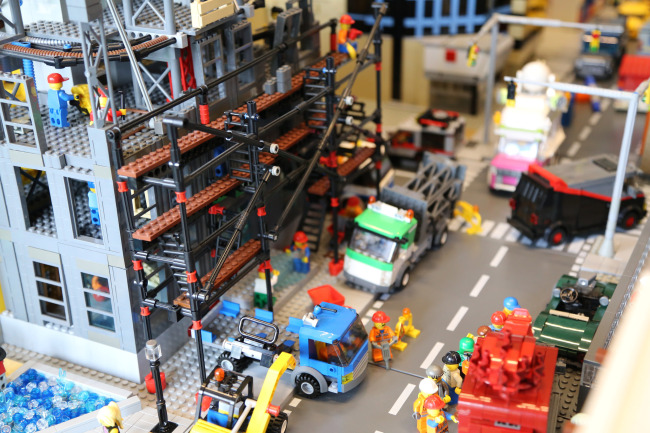 “I have heard stories of how LEGO has inspired rocket scientists, structural engineers, and architects. LEGO has been used to build robots, to build prosthetic limbs for a turtle and as an artistic medium by artists such as Douglas Coupland,” says Corbeil. 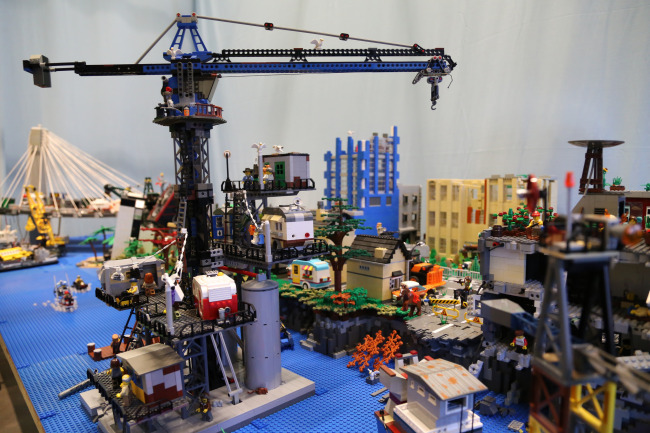 While LEGO gives even the most unartistic the ability to build and create with a manual, the seemingly universal appeal of this toy is that it provides endless possibilities for individuals of all ages.

From colonial Fort Langley to present-day Surrey with a large-scale model of Surrey Memorial Hospital and spaceships at the Fraser Surrey Docks, this elaborate and whimsical exhibit showcases the extraordinary way in which the VLC masterminds have appropriated the colourful building blocks into a true creative medium. 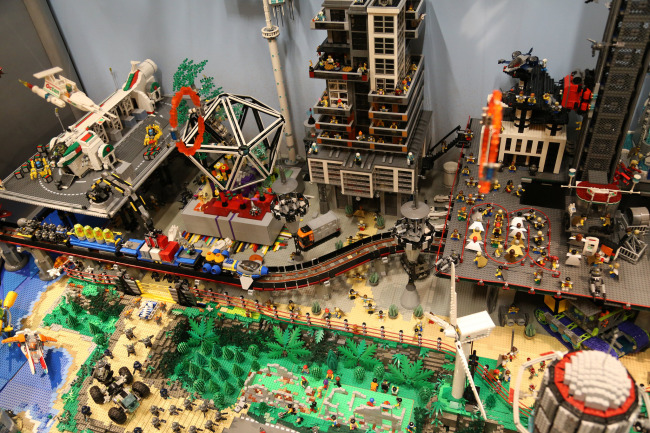 The future, as told by LEGO (VLC/Flickr)

Price: By donation – Admission sponsored by Friends of Surrey Museum

Written by Krystele Chavez. Connect with Krystele on Twitter at @krystelechavez.