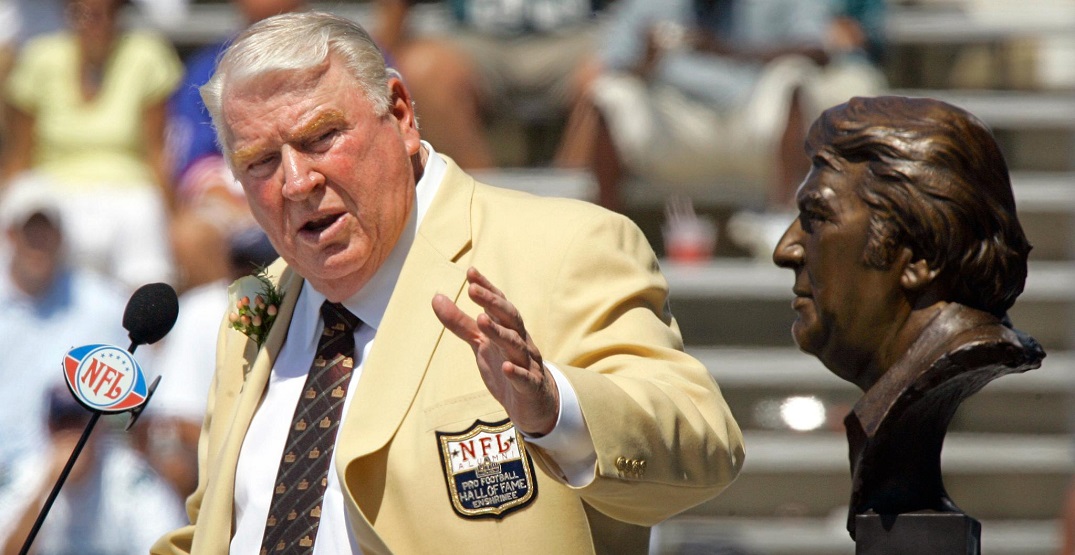 John Madden, the legendary coach and broadcaster, has unexpectedly passed away at age 85, according to a statement from the NFL.

On the field, Madden was best known as the head coach of Super Bowl champion XI Oakland Raiders. Off the field, Madden’s broadcasting career spanned from 1979-2008, in stints with CBS, Fox, ABC, and NBC.

“On behalf of the entire NFL family, we extend our condolences to Virginia, Mike, Joe and their families,” said NFL Commissioner Roger Goodell in the statement. “We all know him as the Hall of Fame coach of the Oakland Raiders and broadcaster who worked for every major network, but more than anything, he was a devoted husband, father and grandfather.”

Madden is a 16-time Emmy Award winner for his broadcasting efforts, and he was inducted into the Pro Football Hall of Fame in 2006.

For a younger generation of fans, he was also known as the namesake behind the popular Madden NFL video game series by EA Sports.

“Nobody loved football more than Coach. He was football,” Goodell added. “He was an incredible sounding board to me and so many others. There will never be another John Madden, and we will forever be indebted to him for all he did to make football and the NFL what it is today.”