Outside of their infrastructural legacies, the Olympic Games often provide the citizens of a host city with a (less tangible, but no less meaningful) legacy of inspiration. A shining example of this phenomenon is the amazing journey of former Vancouver-based marketing executive, turned Amsterdam-based social entrepreneur, Lee Feldman.

Growing up in Montreal during the 1976 Games, Feldman vividly recalls attending track cycling events at the newly built velodrome with his father and brother, then recounting the races in the old Italian bike shops on the city’s east side. Inspired by the speed and excitement they witnessed first-hand, Feldman’s dad bought his boys a pair of Coppi steel racing bikes from Italy, and started taking them on weekend camping trips out of the city, often pedalling more than 100 kilometres – in a single day. 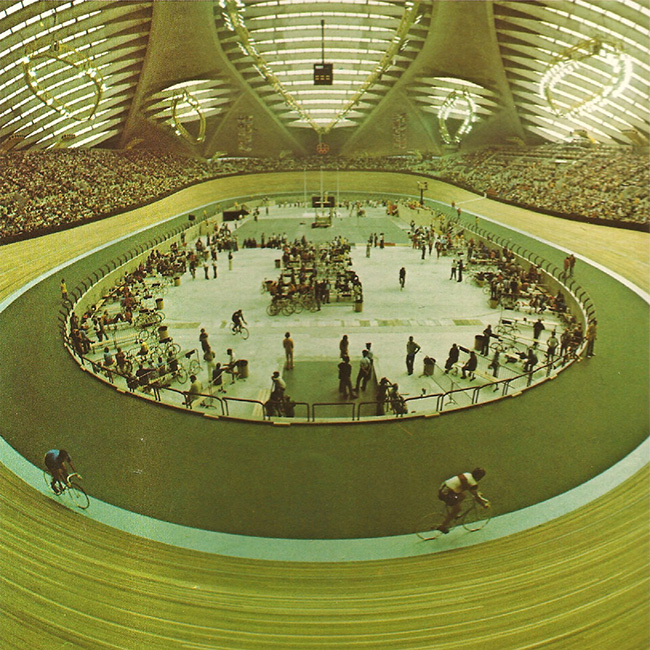 Almost a decade later, Feldman landed on the west coast to attend UBC, and then, in 1996, launched the digital marketing agency Blast Radius in his Kitsilano apartment.

“Our timing was good, and our aspirations were high,” admits Feldman, who went on to work with high-profile clients such as Nike and Starbucks; opening offices in Toronto, New York, and Los Angeles. But it was in 2003, when Feldman was tasked with expanding the Amsterdam office – after securing both Heineken and Philips as corporate clients – that his life would take a dramatic turn.

“I took the train to Amsterdam Centraal station my first morning, stepped out the front entrance, and my jaw was on the floor,” he remembers. “It was so calm and quiet, the buildings were perfectly scaled, and there were very few cars on the street.” 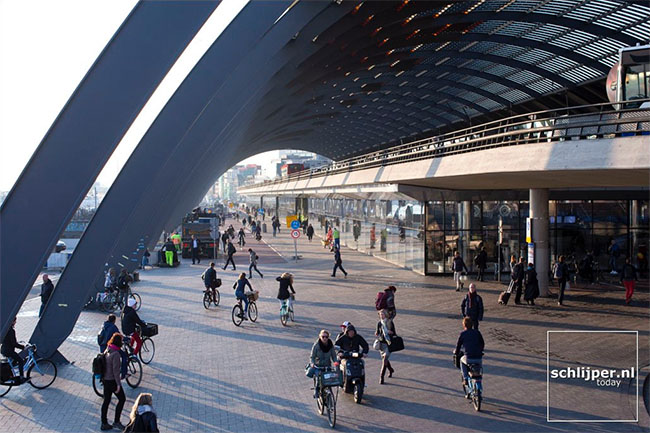 Feldman happily lived and worked in Amsterdam for ten years, until in 2012, a transformational experience at the THNK School of Creative Leadership convinced him it was time to get out of the digital marketing agency he started, and invest his time and capital in initiatives he believed could change the world.

One of the most prominent and intriguing of these initiatives is CycleSpace – a unique hive of social and technological experiments intended to push the bicycle into uncharted territory and past its role as a simple mobility device.

“Here we ask the question: in the battle for street space in cities worldwide, what if the bicycles win?” says Feldman, “In Amsterdam, the bikes have won, which is why the city serves as our laboratory.” 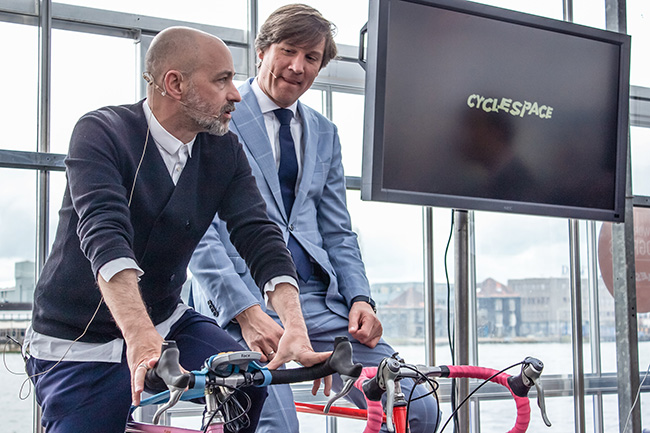 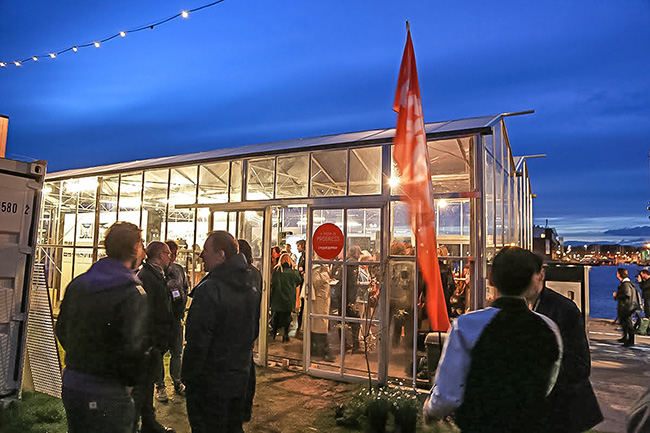 While spending much of his time in Europe, Feldman has a great deal of respect and optimism for his adopted hometown in the Pacific Northwest, which is why he recently co-founded THNK’s new home at the base of the historic Sun Tower in Gastown, and makes a point of visiting fairly frequently.

“This is the city of the future,” he declares confidently, “It just doesn’t know it yet.”

Having just wrapped up its third cohort, THNK Vancouver attracts ambitious creative leaders from across the Pacific Rim – including Asia and Australasia – and connects them with the tools, amplification, and funding they need, in order to have the best chance at succeeding on a global scale. 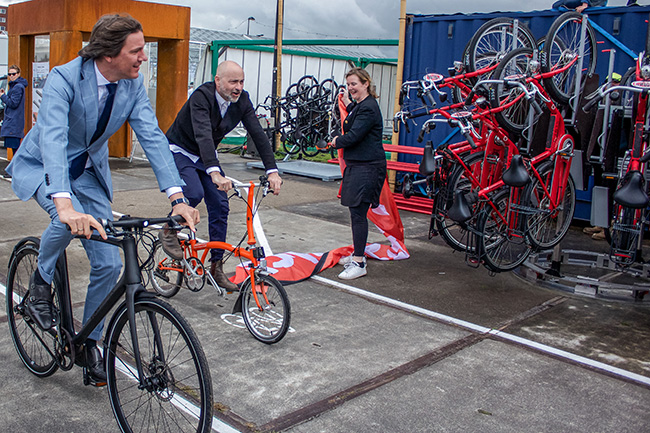 When Feldman travels back to Vancouver, he makes a point of rolling around the city the very same way he did during his UBC days. He points to a two-wheeled tour of Cortes Island with his family last summer as a particular source of joy: “For my Dad, his happiest moments were spent on a bike, on adventures with his boys at his side,” he recalls fondly. “Biking with my own kids, I can share his joy, all these years later.”

And those jubilant experiences really get to the heart of what Feldman is attempting to accomplish with his new path: To communicate that, once you get in the saddle, your view of the world changes, as do your values and priorities.

As billions of new people begin cycling over the next few decades, the humble bicycle – once a symbol of poverty and want – now has the power to increase levels of happiness, health, and prosperity in our cities. If Feldman is correct, they could singlehandedly change the world, after all.

Enjoy this story? There will be more in the coming months, as Modacity prepares for a five week, five city (Amsterdam, Eindhoven, Groningen, Rotterdam, and Utrecht) tour of The Netherlands this summer. We will be writing five exclusive articles for Vancity Buzz, each designed to tell the unique story of every city we visit. Read more about our adventure here, and please consider contributing to our crowdfunding campaign here.