One of the world’s biggest banks has begun leasing its new downtown Vancouver office tower. And Credit Suisse is certainly delivering on an old expression, “Go big or go home.”

Last November, the City of Vancouver gave Credit Suisse approval to build The Exchange, a 31-storey office tower in the financial district, its first venture in BC. As global markets continue to struggle, Credit Suisse says the $200-million investment shows its faith in the Canadian economy. 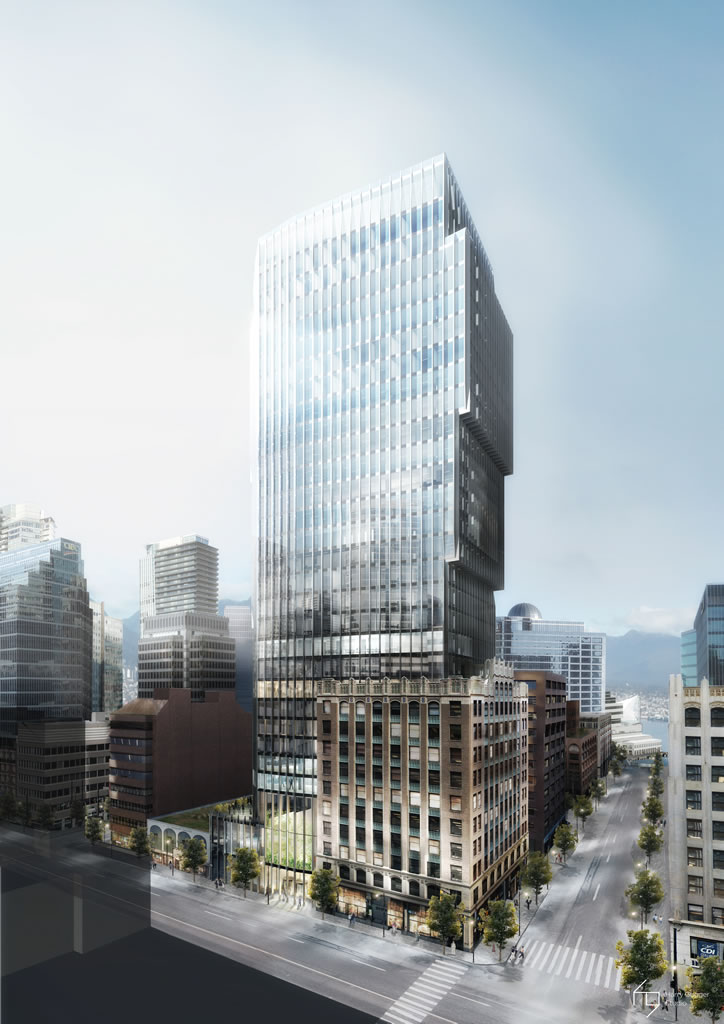 “We believe in Vancouver’s economy and its future,” says Credit Suisse’s Herbert Meier, Director of Real Estate Asset Management. “We believe in the ‘greenest city’ vision.”

The Exchange has many distinguishing qualities that support a number of the city’s policies and initiatives, including the Greenest City 2020 Plan. It will be the largest ‘green’ office building in the country, achieving LEED Platinum, the highest sustainability designation. Energy consumption will be half the load of traditional office buildings, which is a selling feature for tenants.

“It is rare to get a chance to build a cutting-edge commercial development from scratch, let alone do itwith a world leader,” says Franz Gehriger, CEO of Swiss Real, The Exchange’s Vancouver investor. 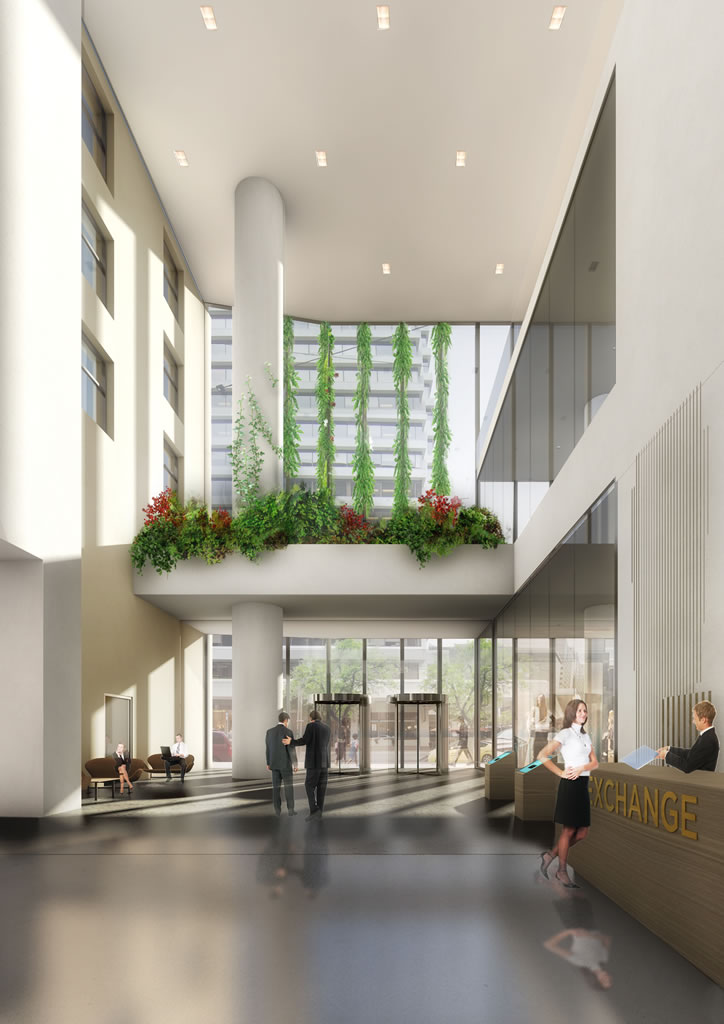 Along with the new tower, the team will restore the Old Stock Exchange building (circa 1929), making it Vancouver’s first LEED Platinum heritage conversion office building.

The Exchange also supports the city’s Metro Core Jobs & Economic Land Use Plan. With the downtown core projected to experience a potentially critical shortage of office space by 2031, The Exchange will create 1,700 permanent job spaces.

CBRE Ltd., tasked with finding tenants for The Exchange’s 369-thousand square feet of AAA space, says office vacancy rates in downtown were 4.2 per cent in the final quarter of 2012, compared with rates that surpassed 13 per cent in 2003.

As for the design, Credit Suisse is relying on Swiss expertise in internationally-renowned architect Harry Gugger.

“The new tower will not look to compete with this prominent original building, but rather to successfully work with it to provide a composition that at once looks to Vancouver’s future without obscuring its past,” says Gugger, whose most notable work includes the Bird’s Nest Stadium in Beijing and Tate Modern Gallery in London.

Credit Suisse is the seventh largest real estate investor in the world and its portfolio has been green house gas neutral since 2010. The Exchange is Credit Suisse’s first ‘ground-up’ real estate development in Canada. It will create 400 local jobs during construction.