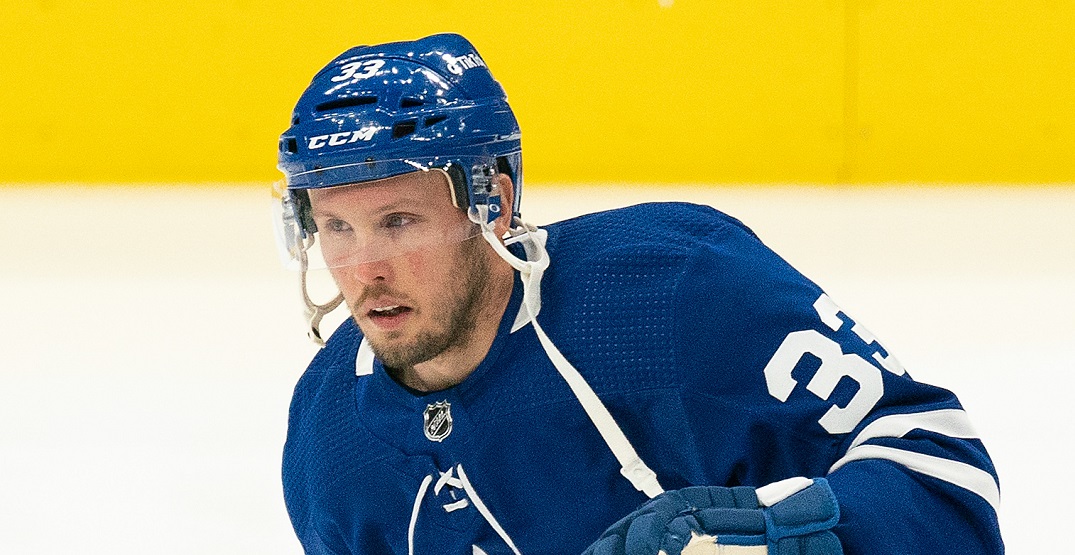 After a whopping two games, the Alex Biega era with the Toronto Maple Leafs is over.

The Leafs have sent Biega to the Nashville Predators in a trade, according to multiple reports.

Kevin Weekes then followed up the return as “future considerations,” which is most likely a conditional draft pick based on traditional returns for depth AHL defenders.

Biega, a 33-year-old Montreal native suited up just twice with the NHL club this year, while also skating in 31 games with the AHL’s Toronto Marlies.

Alex Biega, traded to #Preds, is a depth defenceman who has been one of the more reliable blueliners with the Marlies. Wonder if this is a move to create contract space or add an AHL forward pic.twitter.com/p4YUe0F79W

Over the course of his career, Biega has played parts of seasons for the Canucks, Red Wings and Maple Leafs. He’s had four goals and 38 assists for a total of 42 points in 243 games.

The Leafs later confirmed the deal as official.