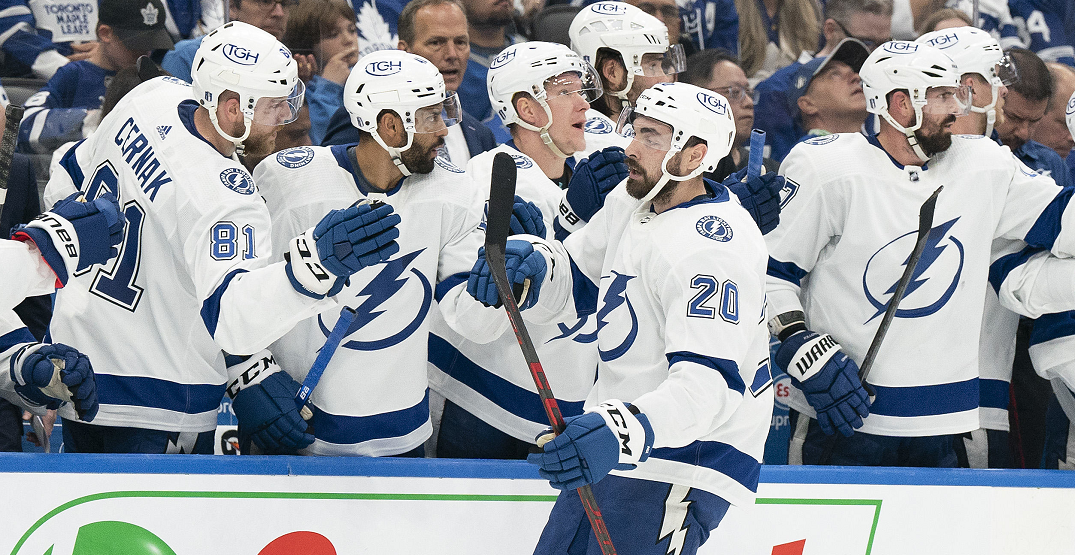 Taking on the Lightning at Scotiabank Arena in their fourth Game 7 in five years, the Leafs fell 2-1 to get knocked out of the Stanley Cup playoffs.

Nick Paul opened the scoring for the Lightning with a little under two minutes to go in the opening frame, his first career playoff goal.

Paul then scored a highlight reel goal with a little more than three minutes to go in the second period to give the visitors their second lead of the night.

Toronto fans will probably be lamenting the goal that wasn’t, though.

With the score 1-0, Leafs captain John Tavares appeared to tie the game at one goal apiece midway through the second period, but a interference penalty call on Justin Holl negated the goal. Tavares, his teammates, and the crowd all broke out in celebration, but the Leafs ended up on a penalty kill for the next two minutes.

The Leafs still haven’t won a series since 2004.

Moments before Paul’s first goal, Lightning forward Brayden Point exited the game in the closing moments of the first period following an awkward fall in the offensive zone. Point attempted trying to return to action, but sat on the bench for the remainder of the night after a lone shift in the second period.

The Lightning advance to an all-Florida matchup in the second round of the playoffs.