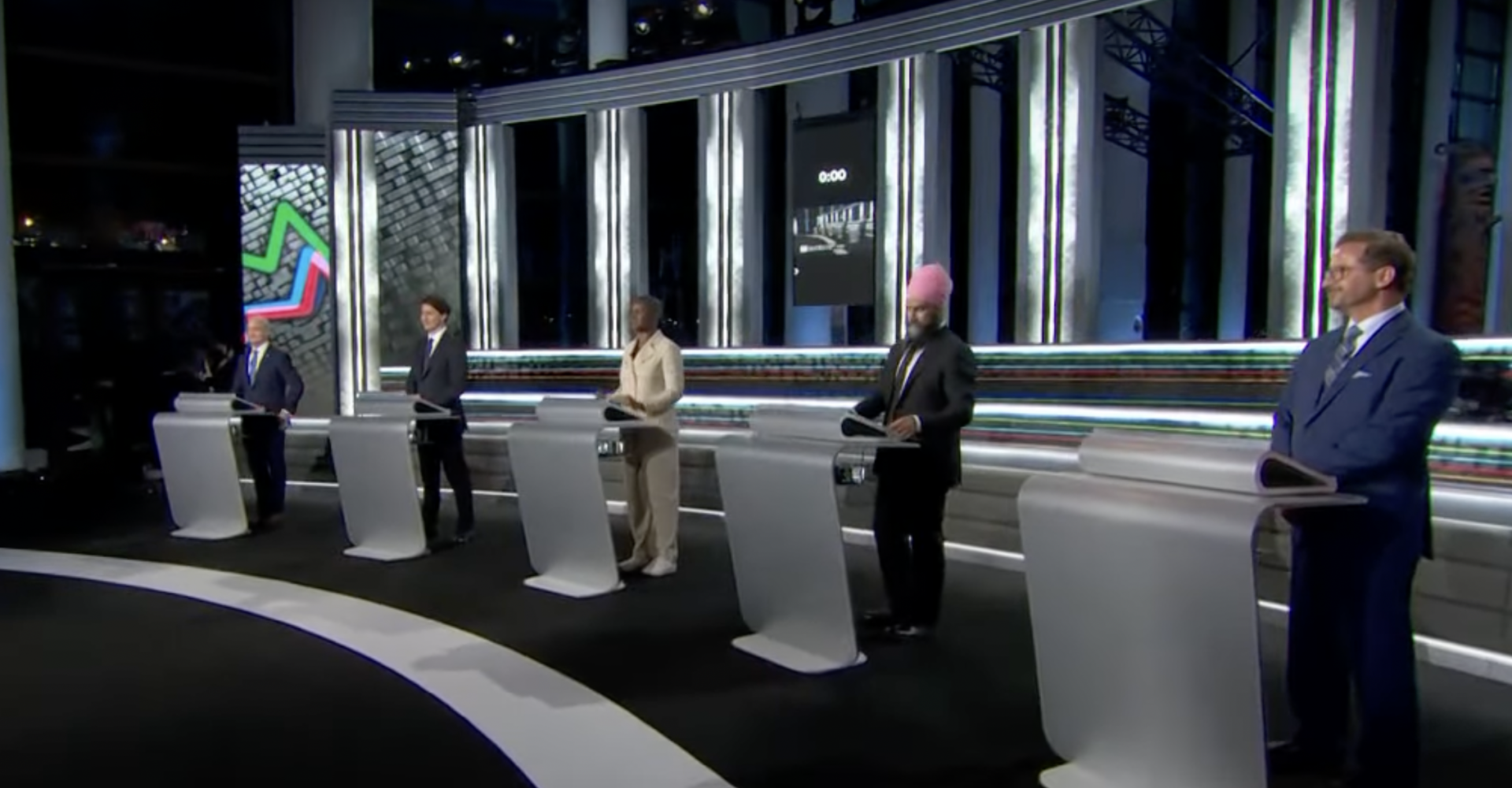 With less than two weeks to go, millions of voters were expected to tune in to the two-hour French debate and Thursday’s English debate.

People’s Party of Canada Leader Maxime Bernier did not meet the criteria established by the independent leaders’ debate commission for participation.

Both debates, organized by consortiums of broadcasters, are being held at the Museum of Canadian History in Gatineau, Que., just across the river from Parliament Hill.

Debate moderator Patrice Roy kicked off the night by asking all five politicians whether in a minority situation they would commit to avoid triggering another election amid questions that continue to dog the Liberals about the need for the current one.

Trudeau sidestepped the question and repeated his rationale for sending Canadians to the ballot box in a pandemic, saying soon after that he seeks a renewed mandate “precisely because Canadians need to have a say in how we get out of this.”

O’Toole and Paul both said they would “absolutely” aim to steer clear of a snap election, stating that collaboration in the House is paramount.

Blanchet, noting that Trudeau said in last week’s debate that another election within 18 months was a possibility, said his party would support any government measures that are good for Quebec.

“We did not want this election,” Singh said, adding that he would respect the mandate Canadians grant the next government.

Asked whether vaccination should be mandatory, Trudeau called the discussion a “false debate” and sought to drive a wedge between his stance and O’Toole’s. The Tory leader’s position suggests vaccination and rapid testing are equivalent, Trudeau claimed.

“This isn’t the time to be dividing people. We need to work together,” O’Toole rebutted, stressing that vaccination is “essential” but that other tools such as rapid testing, masks and physical distancing play a role.

He also said repeatedly he has “respect” for Quebec Premier Francois Legault’s government as he tried to drive home the point he would stay out of the province’s affairs and dole out health transfers with “no strings attached.”

“I trust the government of Quebec. Why does Mr. Trudeau always interfere in provincial jurisdiction?” O’Toole asked.

Trudeau parried that the Tory leader is “not standing up against a two-tier system.”

Blanchet claimed that all other parties plan to hand over funding only with conditions, “because they claim that the federal government knows more about that than the provincial governments.”

As the debate wore on, a few dozen protesters, some carrying People’s party signs, assembled on the sidewalk but found themselves blocked from coming near the entrance to the museum.

The Conservatives released the costing for their election platform just hours before the leaders began to arrive at the debate venue Wednesday evening, amid mounting criticism from Trudeau over O’Toole’s failure to produce the balance sheet for his plan.

Tory platform pledges would add $30 billion to this fiscal year’s forecasted budget deficit of $138.2 billion, according to the document, which is based on the parliamentary budget officer’s election platform costing baseline. The deficit would then fall substantially each year thereafter, landing at $24.7 billion in 2025-26.

Blanchet threw a pre-debate punch, telling reporters an hour before game time that the billions in child-care funding pledged to Quebec by the Liberal government fails to show up in the Conservatives’ five-year plan.

Conservative officials said Wednesday that an O’Toole government would honour the funding deals with provinces for the first year. But after that the Liberal child-care plan would be replaced by the Conservatives’ promise to convert the existing child-care expense deduction into a refundable tax credit that would cover up to 75 per cent of child-care costs for low-income families.

The debates come as opinion polls suggest the Liberals and Conservatives are stuck in a tight two-way race, with the NDP and Bloc poised to determine which of the two main parties emerges victorious.

Last week’s TVA French debate, to which neither Paul nor Bernier was invited, appears to have done little to move the needle for any party.

In 2019, some 7.5 million Canadians tuned in to the English debate across all traditional and social media platforms while some three million tuned in to the official French debate. Surveys conducted by the debates commission afterward suggested that “the debates were central to the electoral process,” according to a commission report on the process.

That said, the commission reported that its surveys found no measurable difference in intended turnout or change in vote intention between Canadians who watched the debates and those who didn’t.

Topics being discussed are climate change, the cost of living and public finances, Indigenous Peoples and cultural identity, justice and foreign policy, and health care and the COVID-19 pandemic.