Erik Hurtado was a one man wrecking crew once again, running circles around the Seattle Sounders defenders, but a late penalty against captain Jay DeMerit gave the visiting Seattle Sounders a 2-2 draw with their neighbours to the North.

The Vancouver Whitecaps always revel in the Cascadia rivalry, and should have been up by three or four goals by halftime, but the Seattle Sounders and some spotty refereeing allowed this game to end in a tie.

Vancouver came out strong in the first ten minutes but the Sounders got on the board first with a header by Chad Barrett in the 36th minute.

It took only three minutes for the young Vancouver squad to respond. Erik Hurtado made a superb run down the right side turning Sounders midfielder, and MLS All-Star Osvaldo Alonso inside out to on Stefan Frei.

Vancouver had outshot Seattle 14-4 by halftime but the score was still tied 1-1.

In the 66th minute, Stefan Frei ran to the corner to retrieve a ball and avoid a throw in but kicked it right into Vancouver midfielder Gershon Koffie. Koffie then volleyed the ball into the net from 40 yards out, giving Vancouver their first lead of the game.

In the 81st minute, Jay DeMerit jumped for a header he appeared to have won over Seattle forward Cam Weaver. The ref however, decided DeMerit had fouled Weaver and awarded Seattle a penalty kick that Gonzalo Pineda converted.

The Cascadia derby continues next Sunday as the Whitecaps travel to Portland to take on the Timbers. 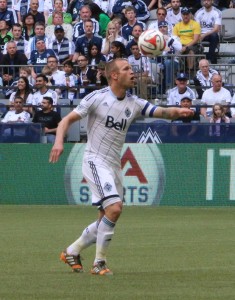 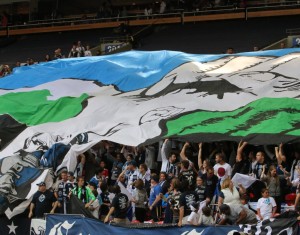 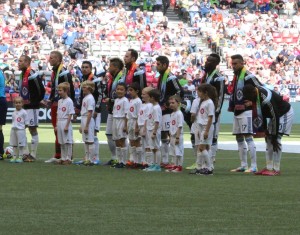 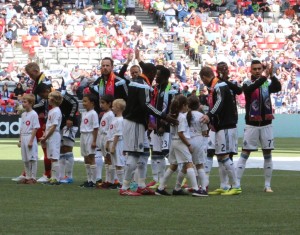 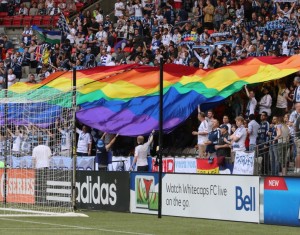 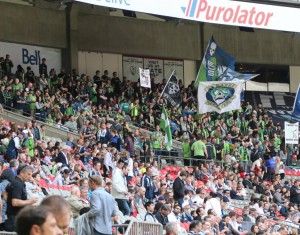