The Last Five Years is an emotionally powerful and intimate musical about two New Yorkers in their twenties, Jamie Wellerstein, a rising novelist and Cathy Hiatt, a struggling actress who fall in and out of love over the course of five years. Starring Danny Balkwill and Diana Kaarina, the show uses a form of storytelling in which Cathy’s story is told in reverse chronological order (beginning the show at the end of the marriage), and Jamie’s is told in chronological order (starting just after the couple have first met). The characters do not directly interact except for a wedding song in the middle as their timelines intersect.

While not perfect, opening night’s performance was an admirable first step in the right direction. At a time where musicals can feel bloated in both production value and ticket price, utilizing the charm of the small stage was a refreshing turn. Stripped down to simple wardrobe changes and a single set, this version of The Last Five Years was able to fully focus on the music. Six musicians were placed on-stage alongside the performers, a great way of instantaneously providing minute feedback and adjustments. As a consequence, opening night was pitch perfect, an enormous achievement that even the big shows have difficulty mastering. 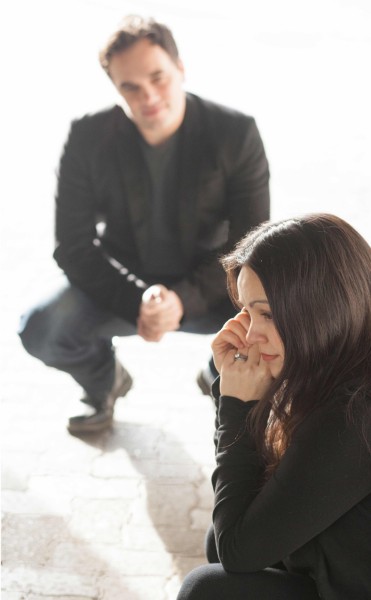 Diana Kaarina as Cathy is a revelation. Her clear soprano goes on strong for the entire 80-minute run, with no intermission and relatively few breaks. But what made it really work for me were the little nuances, the complex and changing emotions across her face. Even when standing still and completely in the shadows, Kaarina’s every moment was dynamic. She was a joy to watch, while making it hard for me to focus equal attention to her partner on stage.

I’m more on the fence about Danny Balkwill as Cathy’s husband, Jamie. Balkwill doesn’t lack for exuberance, but his musical stylings are laid on a bit too thick for such a small stage. I wanted to see a more stripped down and vulnerable Jamie, to match the feel of the production and heart of the play. Kaarina clearly has more range in this round, both vocally and emotionally. While doing a good job, Balkwill seems more boy-bandish to me, a bit more hesitant to throw off the traditional mannerisms of musicals. Everything is at sharp staccato, from how he sings to how he moves. I’d prefer to see more nuance, more moments of vulnerability to match the climaxes. 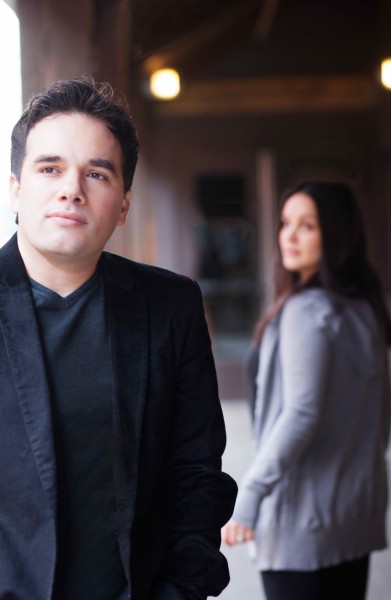 But maybe it just wasn’t the right part to show off all of Balkwill’s abilities. When the two sang together, their voices harmonized nicely. I see great things about this new partnership at Lionfish Entertainment; a welcome addition to the Vancouver small stage.

The Last Five Years plays at PAL Studio Theatre from February 4 to 14. Tickets available online or at the door.