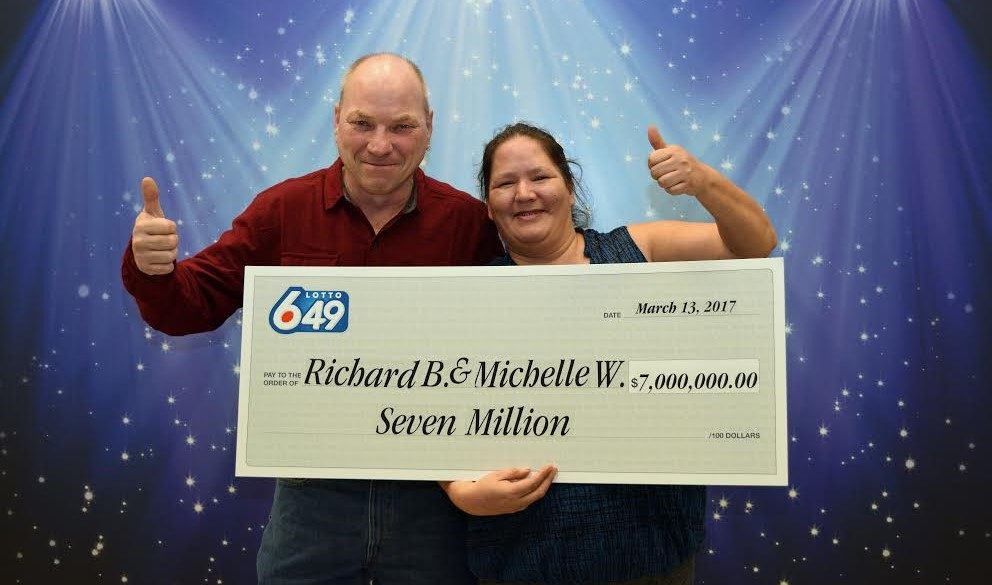 Langley couple Richard Bourgeois and Michelle Wishard won $7 million this past weekend on a 6/49 ticket. (BCLC)

A Langley couple are on cloud nine – or rather, cloud 6/49 – after a lotto win this past weekend left them $7 million richer.

Richard Bourgeois and Michelle Wishard realized they’d won big on March 11 with a Lotto 6/49 ticket they purchased at Save on Foods on Yale Road in Chilliwack.

“I was checking the ticket online and saw we had one number. Then two and then all six,” said Bourgeois in a release. “This is just surreal and unbelievable!”

Now the question on everyone’s mind is, how will the pair spend their winnings?

The couple say they plan to travel around Canada, buy a new truck and home, while sharing their newfound wealth with their loved ones.

“Richard’s helping his family and I’m going to take care of my three kids,” said Wishard.