Staff and students at Langara were treated to a visit from the Google team the other today, as the College campus becomes part of the Internet giant’s elaborate Street View project. Two Google vehicles – a car and a tricycle – mounted with state-of-the-art image capturing equipment toured the main Langara campus at 100 West 49th Avenue in Vancouver. The camera system allows them to take 360-degree, street-level photographic imagery from roads and paths. While the Google car toured the streets surrounding the College a specially constructed tricycle weaved between buildings to record a “walking tour” version of the campus.

On their official blog, Google said the project will enable prospective students to tour campuses online without the need for a physical visit: “Whether you’re a current student trying to familiarize yourself with campus, an
applicant assessing your options or an alumnus feeling nostalgic, the Street View feature in Google Maps can be your tour guide without the backward walking.”

Langara now joins a list of some of the world’s leading colleges and universities as one of the nearly 100 campuses that have been mapped by Google. The list of partners currently involved in the project includes the
University of Bath in England, Osaka University in Japan, Stanford University in the United States, Universita Degli Studi Di Milano in Italy, and Durham College of Applied Arts and Tech in Ontario.

The Google Street View project was first launched in May, 2007, in several cities in the United States, and has since expanded to include cities and rural areas worldwide. 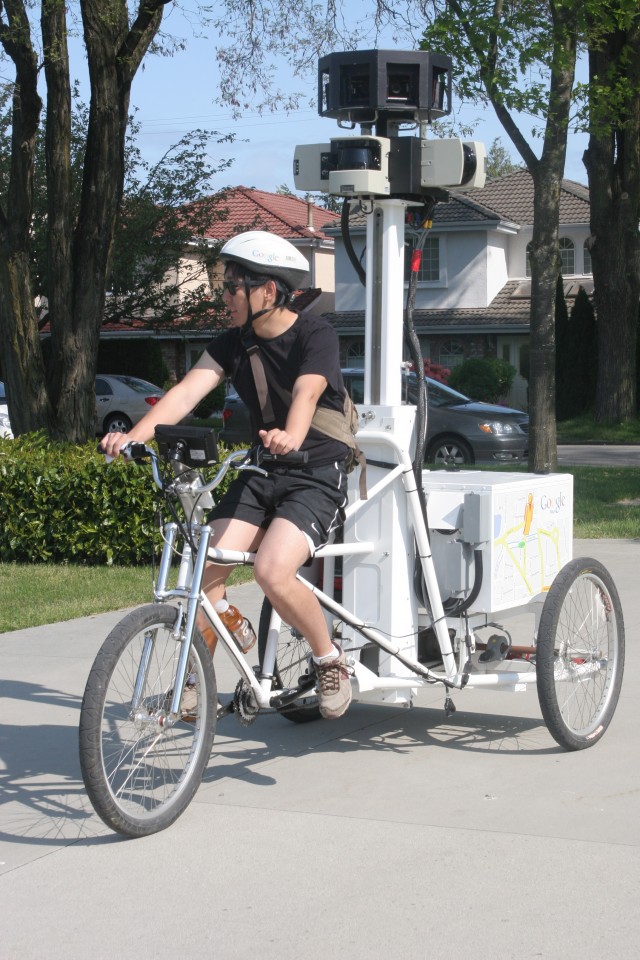 The Google tricycle arrives on campus. 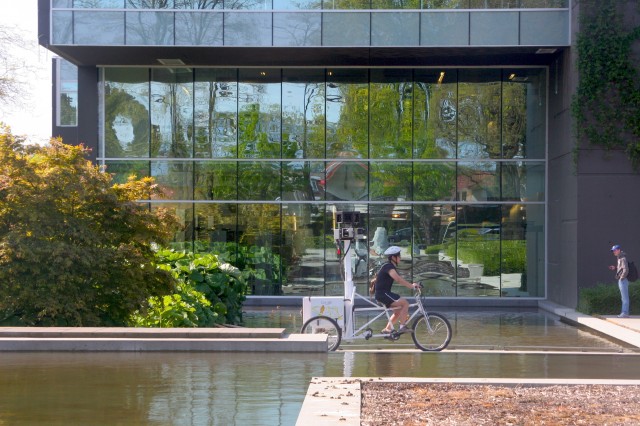 The Google tricycle passes in front of Langara’s library building.