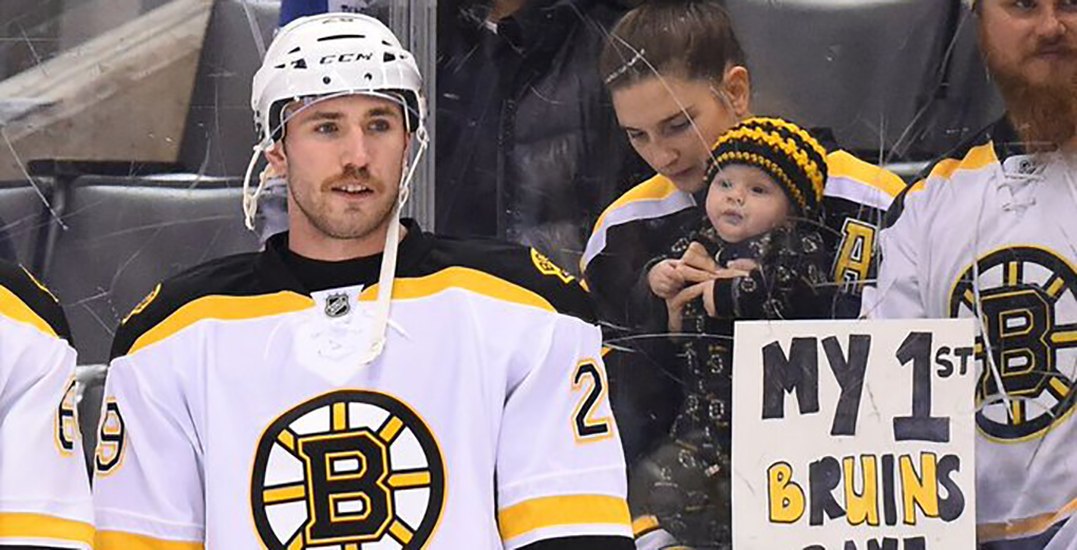 A rather unexpected player will be joining the Vancouver Canucks come training camp.

Multiple league sources, including TSN’s Jeff Paterson and Sportsnet’s Dan Murphy, have announced that Landon Ferraro will be joining the camp on a professional tryout (PTO).

Landon Ferraro coming to #canucks camp on a PTO. @patersonjeff and I tuning our tweets in 3,2,1… pic.twitter.com/wmlIEO6jjg

The 28-year-old is a BC native and son of former NHL player and TSN analyst, Ray Ferraro.

He was drafted during the second round of the 2009 NHL Draft by the Detroit Red Wings but his time in the NHL has been scarce. Over four years with the Red Wings organization, he spent most of his time with their AHL affiliate, the Grand Rapids Griffins.

In 2015, the forward was placed on waivers and claimed by the Boston Bruins. His one-year stint with Boston saw him score five goals and 10 points in 58 games—his most successful season to date in terms of both games played and point production.

His career has also been bogged down by injuries, including a sports hernia in 2010 and a knee injury in 2016 that called for season-ending surgery.

According to Paterson, his most recent season, which was spent with the Minnesota Wild organization, was held back due to injury.

Landon Ferraro coming to #Canucks camp on PTO. Was injured much of last season

He’ll be looking to make a splash at training camp and, although unlikely, try to steal a spot on the main roster.

At this point in time, Ferraro is the only player attending the Canucks’ training camp on a PTO.