With the ability to send a phone call, email or text around the world at the push of a button, what does it take to really connect with someone? That is the question artists Adrienne Wong and Dustin Harvey asked themselves when they first created Landline, an immersive performance that takes place in two cities at once.

“Landline is about connecting place and people,” said Harvey. “It’s an interesting statement on how we interact with strangers. For me, something has to touch my heart in order to touch yours.”

In Landline: Vancouver to Kitchener, participants walk city streets, listen to an audio guide and converse in real time with a stranger in Kitchener-Waterloo, Ontario via text message.

“People are open quite quickly with strangers across the country,” explained Harvey. “Participants show up not knowing what to expect, but they’re open to an adventure.

“It’s always surprising and different every time. You go down streets you didn’t know existed and get lost in your own city.” 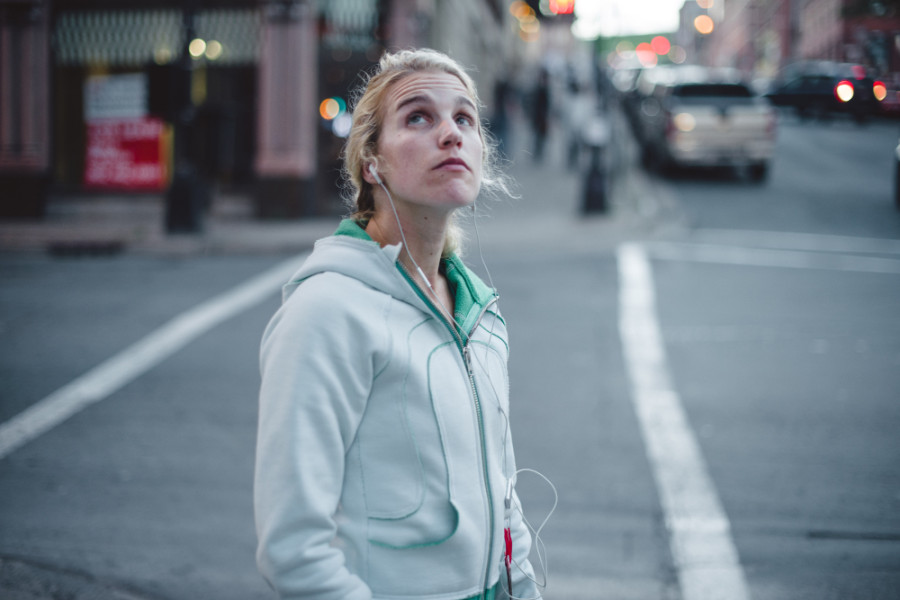 Each Vancouver audience member is partnered with a person in Kitchener-Waterloo and are prompted simultaneously to share stories, memories, and secrets via their smartphone while touring their respective city. There are also moments in which they act out choreography they imagine doing together.

Landline has toured across Canada, and as far away as Scotland and Iceland. Many people have shared with Wong that the show was a life-changing experience.

“Response from other cities have been very warm,” said Wong. “In Ottawa, people had cosmic moments where they found lots of meaning and memories during the performance.

“People always enjoy the show, especially if they are at a turning point in their lives.”

Landline is the latest show that combines technology with a theatrical experience. For Wong and Harvey, their goal is to bring art to a new audience.

“With smartphones being so ubiquitous, it can be integrated into a live performance,” explained Wong. “Does the audience have to be in the same room to enjoy a show? The world is a bigger place, so the room is a bigger place.”

“Theatre has evolved, and the public’s relationship to theatre has changed, “added Harvey. “Let’s bring theatre to where they are.”

Landline: From Vancouver to Kitchener is presented by Boca del Lupo and runs September 23 to 27 in The Anderson Street Space on Granville Island. For more information, visit www.picatic.com/Landline.