Lucas Van Scheppingen has come a long way since the release of his first studio album, “Psyched Up” in 1998. Appearing on many massive hits since then with artists such as Wynter Gordon, Tiesto, David Guetta, Axwell and Steve Angello, and after showcasing as the 17th best DJ (2010) in the world according to DJ Mag’s top 100, it is clear that this Dutch DJ has firmly placed his handprints all over the EDM scene. Last Friday night at Celebrities, we were treated to a showing of the house legend best known as Laidback Luke.

As he took his place in the booth that had hosted great legends before him like Tiesto and Above and Beyond, the first thing I noticed about him was that he really knew how to control a crowd. There were a few tracks, within which every melody; every bass hit; every vocal note came with a choreographed hand gesture or dance routine. The packed house at Celebrities were his puppets, and from his fingers, he controlled their movements, ever so succinctly. I must say that having been to plenty of EDM shows, the reaction that he kept drawing from the crowd ranked among the best.

As for the music itself, there were plenty of recognizable tracks on hand, owing to the largely commercialized brand of house music that Laidback tends to get involved with.  “Timebomb” with Jonathan Mendelsohn and “Turbulence” with Steve Aoki and Lil Jon were a few examples of this. He also dropped a some tracks that almost any house fan would recognize – Darude’s  “Sandstorm” being the most obvious. The two tracks that got the greatest reaction from the crowd were Laidback’s remix to Wynter Gordon’s “Dirty Talk” and his own track “1234” featuring Chuckie and Martin Solveig.  As for my favourite track, it was when he dropped his remix to “Let it Go” by Dragonette. I found it fit his set perfectly, and was pleased to find him experimenting with a different sound than what he has become used to. 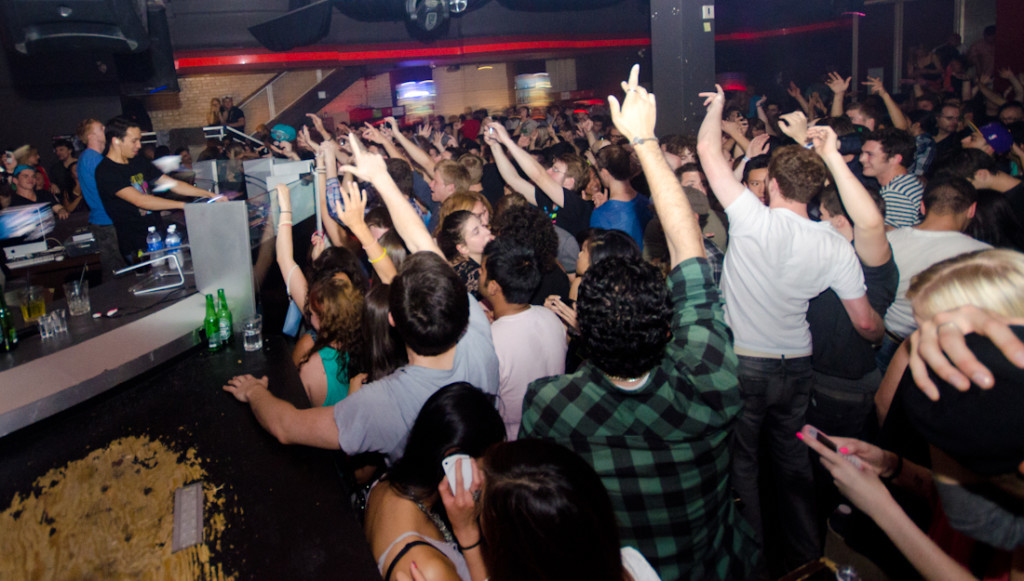 Overall, what made this show special for me was Laidback’s ability to control and amplify the emotions of the crowd and harness that energy into his set. I am not a very big fan of largely commercialized house music, but when you see energy all around, one cannot help but join the madness.

Written by: Farzad Kasad from @Cascadiarecords