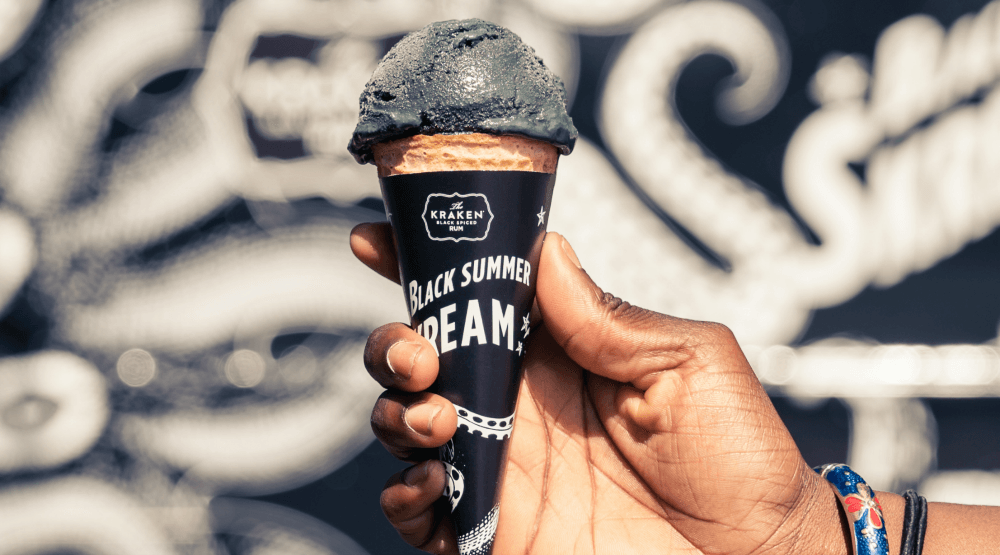 Everyone loves ice cream and many people like a good adult beverage too.

So imagine a combination of these two delicious things in one epic summer treat.

Well, Kraken Black Spiced Rum is ready to turn your summer black by launching a special ice cream that’s strictly for over 19s.

Chances are this will be the first adults-only ice cream truck you’ve ever experienced – and it will be totally worth it when you taste the rich and smooth flavours of Kraken Black Spiced Rum running through the ice cream. 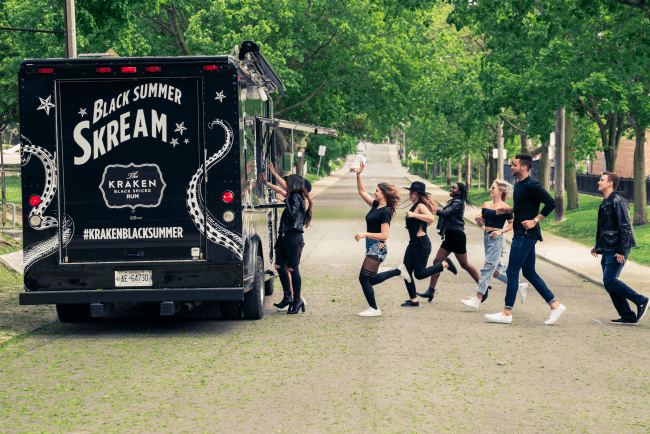 Kraken is taking a warm weather favourite and turning it into a party essential. You’ll be able to get your first taste of it at FVDED in The Park where Kraken Rum is the official sponsor. The festival is taking place at Surrey’s Holland Park from Friday, July 7, to Saturday, July, 8.

So this means you’ll score a ton of Instagram-worthy snaps at the festival while you dance to the likes of The Chainsmokers, Wiz Khalifa, Russ, and Claptone, all with a black ice cream cone in hand.

Kraken will also have an animated branded gif booth at the festival where you can have the gif video link sent right to you so that you can share it on your social channels.

It’s not every day you eat black rum ice cream,  so you’re going to want to share that with your friends and followers. If you feel like you want more after an adult-only dessert, you can hit up the festival bars as they’ll all be featuring Kraken Black Spiced Rum and will be serving up the Perfect Storm cocktails and Kraken colas. 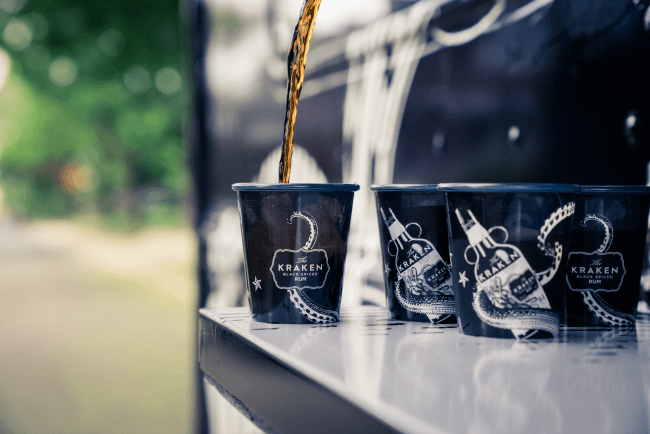 And it doesn’t stop there.

This is the summer for Kraken Black Summer Skream ice cream and to celebrate, the brand will be popping up at other locations across the city. Just follow #KrakenBlackSummer to see where they’ll be showing up next.

Another reason to try Kraken Black Spiced Rum this summer is the cool origin of its name – a sea beast and a legend of the sea. You don’t hear that too often.

So get ready to take your summer to the dark side and get tipsy while you’re at it.

Kraken Black Summer Skream at FVDED in The Park 2017

When: July 7 to July 8
Where: Holland Park – Surrey