Last Friday, more than 18,000 children and teenagers from 700 schools across the province converged on Rogers Arena for We Day Vancouver – an invitation-only event organized by Free The Children that rewards youth who have performed a substantial amount of volunteer work that has had both an influence locally and abroad.

The inspirational and exciting 5-hour pep rally and concert event was packed with famous speakers and performances by Canadian celebrities.

Former United Nations Secretary-General Kofi Annan was the highlight of the day, telling the young crowd to be the change. “You can make a difference, go out and do it. Individuals have power and they should use it,” he said.

“You don’t have to be old to lead,” Annan added. “And you don’t have to take on the biggest issues. You can do something in your own community to correct something you believe is wrong. That’s how you begin to lead.”

When asked what is the world’s biggest challenge to overcome, he promptly told the crowd that climate change would be this generation’s obstacle: “it’s our environment… climate change is an all-encompassing threat. It’s a threat to our way of life, our security.”

“It can lead to conflict with people fighting over limited resources. So we have to have a mind-shift and change our lifestyles. We cannot continue to plunder the resources of the world as if there’s no tomorrow. We have to think of the children.”

Dallaire, who is now a Canadian senator, spoke of how this is the first generation in human history to know what is going on in every corner of the globe. He pleaded youth to “go out there and get [their] sneakers dirty… be that generation without borders.”

Vancouver Mayor Gregor Robertson, Premier Christy Clark, and two-time Olympian and London 2012 soccer bronze medalist Karina LeBlanc were also among the speakers at Rogers Arena on Friday. The Kenyan Boys Choir, who sang at the 2009 inauguration of U.S. President Barrack Obama, also made a special performance.

Besides inspirational speeches by renowned individuals, a smorgasbord of celebrities were part of the day’s lineup including Avril Lavigne, Chad Kroeger, Down With Webster and Hedley’s Jacob Hoggard.

The artists and their performances got the young crowd screaming to deafening tones that were far beyond the pitches of even the loudest and most exciting Vancouver Canucks games.

However, besides singing and dancing, one celebrity did have words of inspiration to offer. Jacob Hoggard, who is known for his involvement with Free The Children, spoke of Western society’s detached and nonchalant approach to the pressing issues facing the poorest regions of the world.

“Us, here in our Western world, we can kind of find ourselves living in a bit of a bubble,” said Hoggard. “There’s just not a lot of awareness and not a lot of exposure… taking a trip across the ocean [to] the other side of the world, and experiencing first-hand the poverty and the situation and how dire it in fact really is, you can’t help but come back with a sense of awareness that you wouldn’t have otherwise already had.”

Adding on, “it encourages you to be a little more sensible than you might have been otherwise,” he said.

Now in its seventh year since its beginnings in Toronto and its fifth year in Vancouver, We Day now spans 12 cities including this year’s introduction of stadium-sized events in Seattle, Minnesota and London at Wembley Arena.

We Day empowers youth to be more compassionate and is integrated with Free The Children’s programs and its ‘We Act’ initiative to “raise a generation of active global citizens.”

According to We Act’s statistics, since 2007 its youth have raised $37 million for 1,000 causes, collected 4 million pounds of food and volunteered 9.6 million hours for local and global causes. Among its participants, 98 per cent believe they can make a difference following their We Day attendance and this number continues on with 80 per cent of We Day alumni reporting to have volunteered more than 150 hours each year.

During a backstage event, Free The Children founder Craig Kielburger told press that his foundation was built on the idea where children could also be active in local and charitable causes – a concept that wasn’t so familiar with charities during his childhood.

“Everything that we built, is what we wished we had when we were 12,” said Kielburger. “When we were 12 and we started Free the Children, we couldn’t find a charity that would engage us as young people who wanted more than just money.”

Kielburger also took the opportunity to reveal Free The Children’s new We Day mobile phone app – the ‘We 365.’ It is a “one-stop shop for youth to take action, providing a central hub to collect and track volunteer hours, applaud and reward young world-changers, encourage social activism and help them connect with other like-minded, young individuals.”

We Day’s Vancouver and Toronto events will be broadcasted on MTV Canada on Monday, November 11 at 7 p.m. 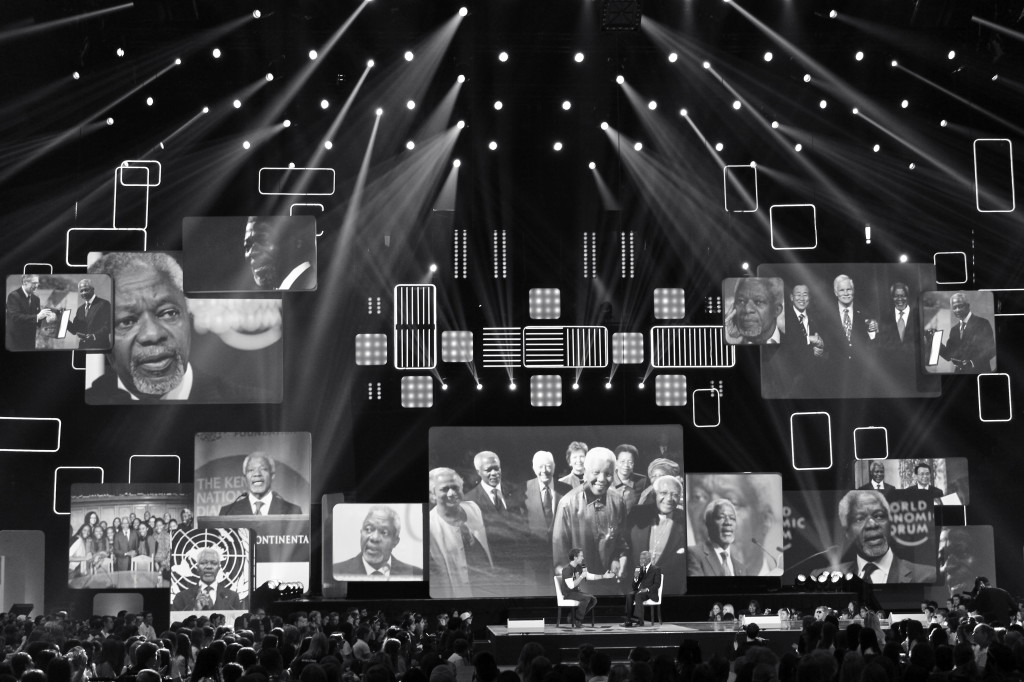 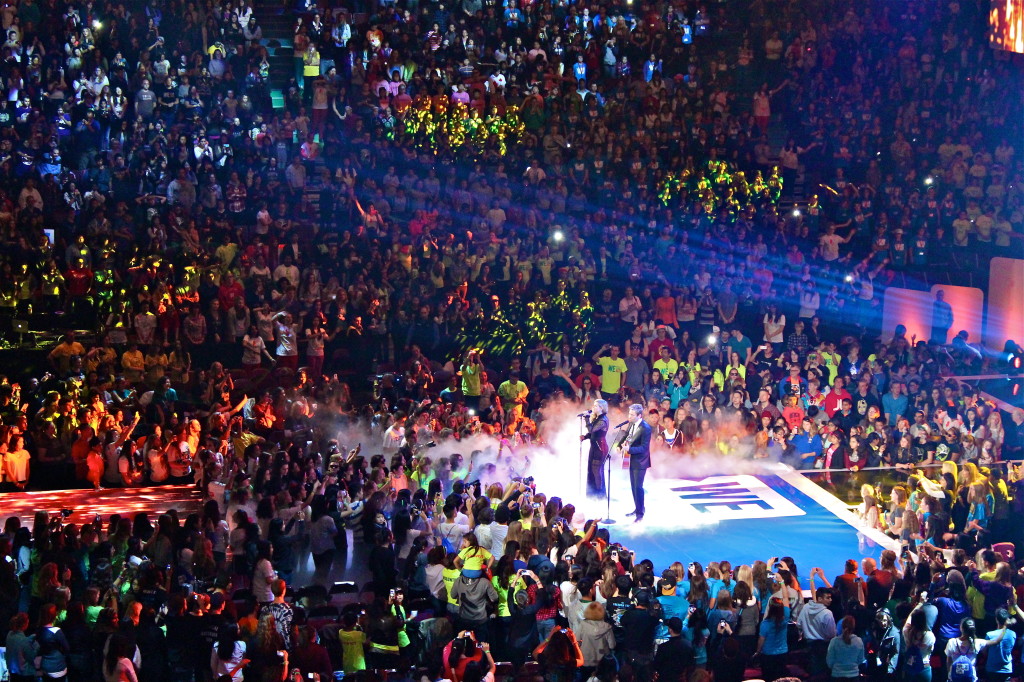 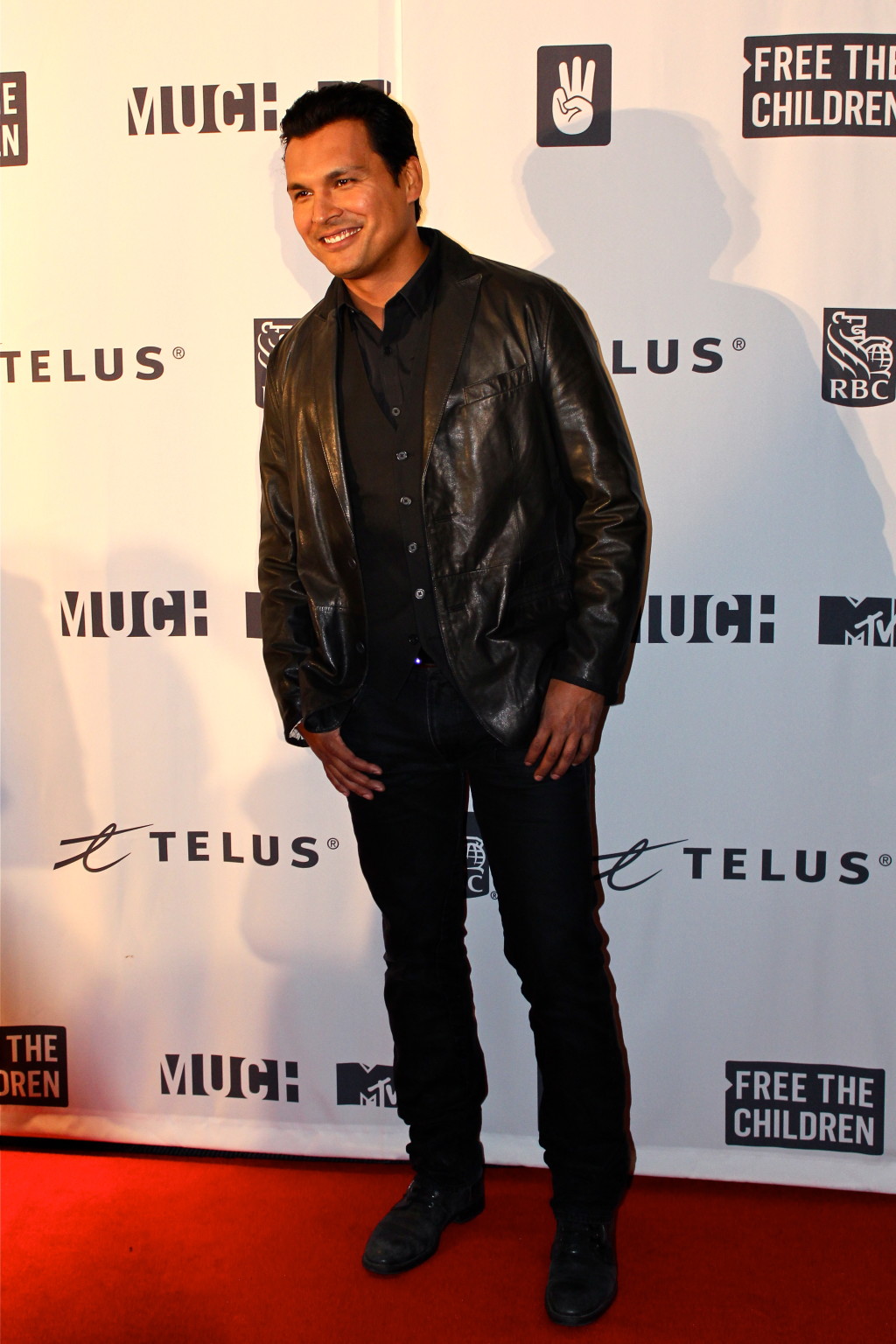 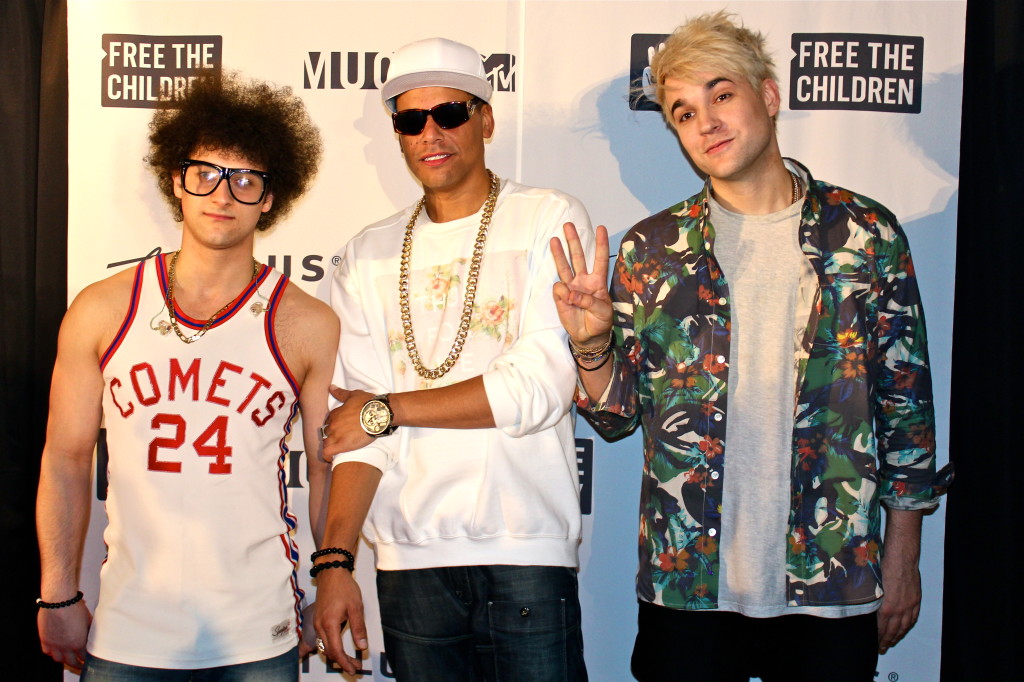 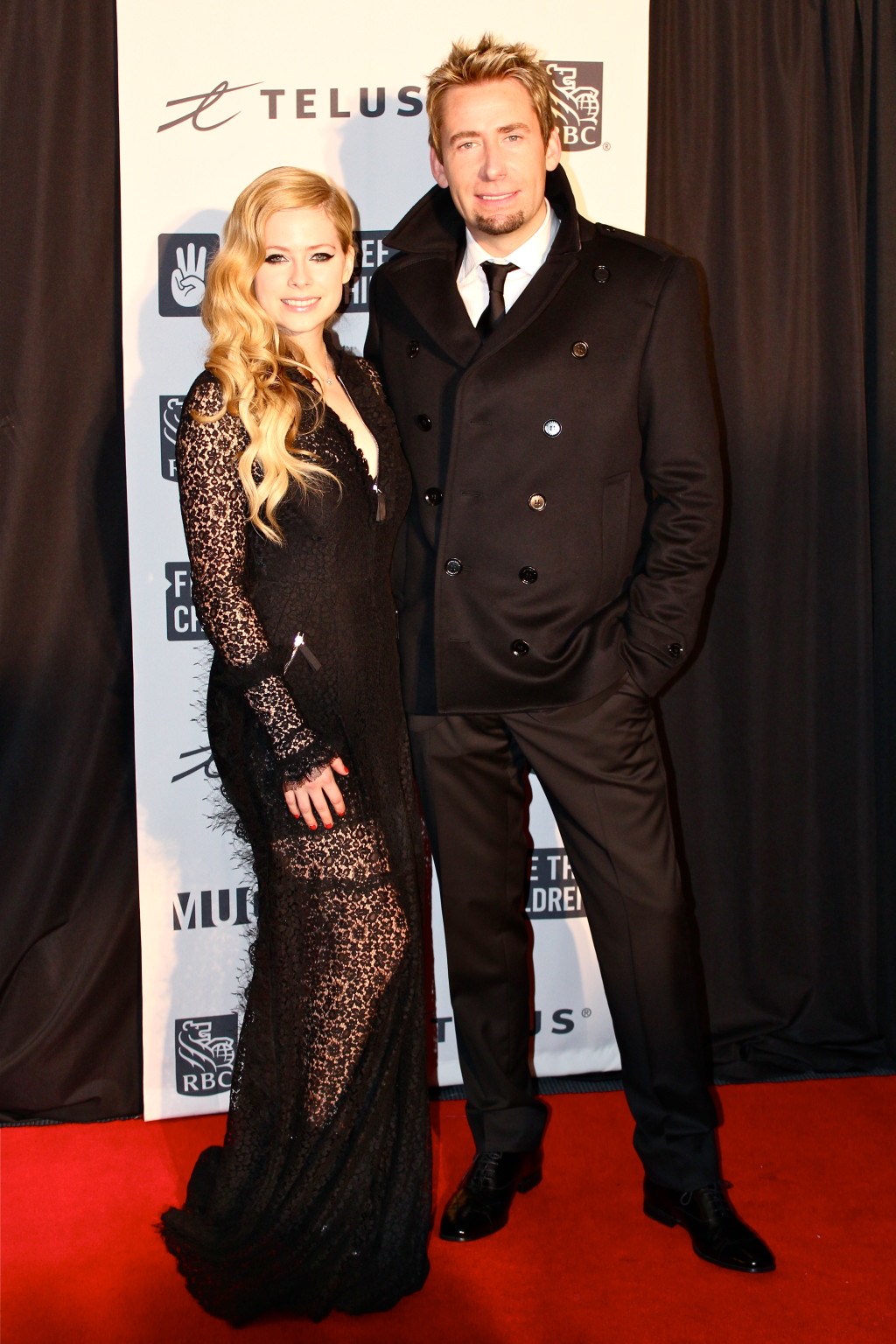 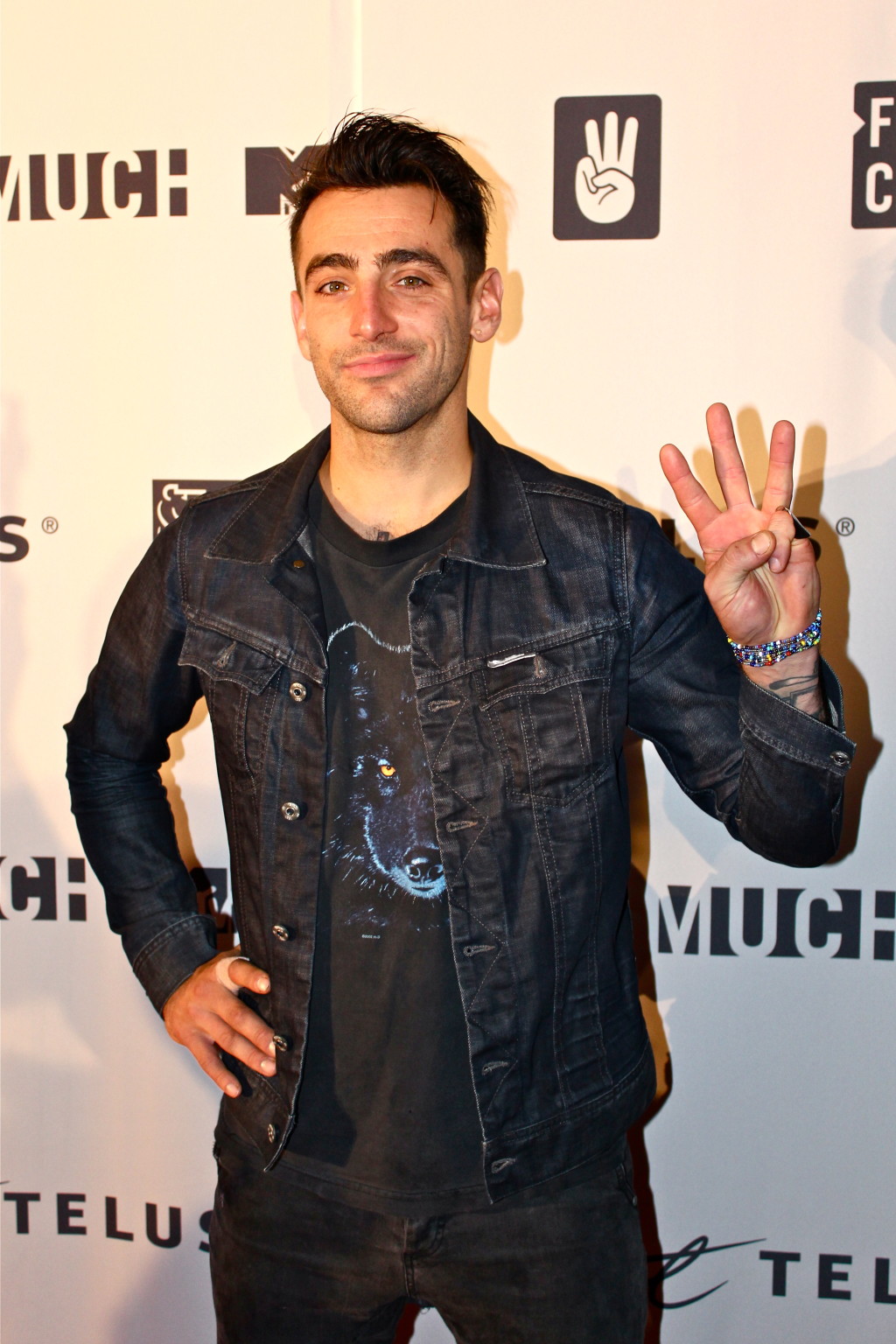