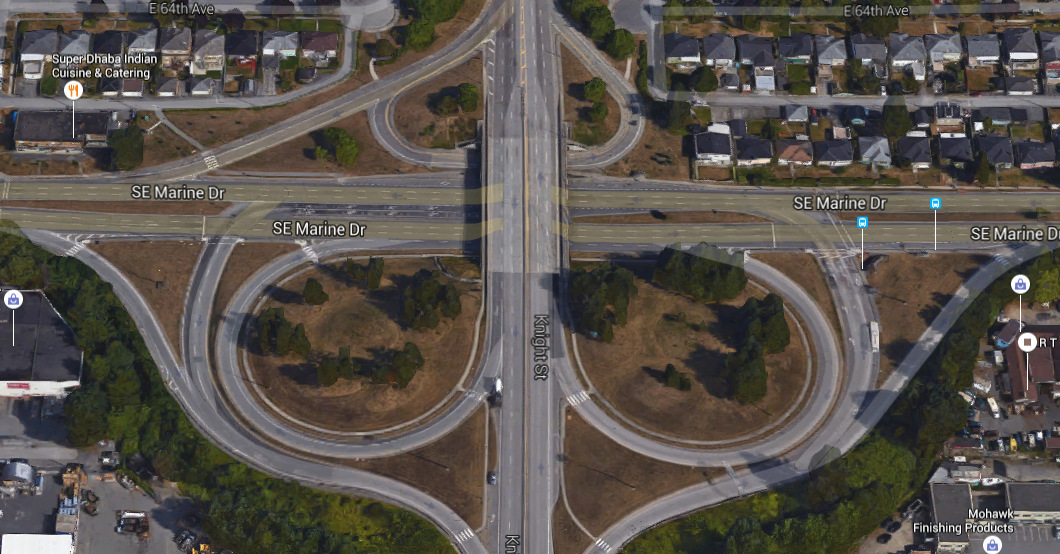 The worst intersection in Vancouver could receive a major upgrade in an effort to ease the flow of traffic and reduce the frequency of traffic-stopping collisions.

On the north end of the Knight Street Bridge, the easternmost Fraser River crossing between Vancouver and Richmond, the City of Vancouver is proposing a number of improvements to the intersection with Southeast Marine Drive, specifically the eastbound off-ramp leading off the bridge.

According to the municipal government, most of the collisions at the intersection occur at the eastbound off-ramp from the Knight Street Bridge to Southeast Marine Drive.

ICBC data indicates there have been 529 collisions involving injuries from 2009 to 2013, which means the area sees an average of two-and-a-half major collisions on a weekly basis. The vast majority of the collisions, 80% to be precise, are rear-end incidents.

The upgrades being considered include:

Additionally, the City is also proposing a new shared pedestrian and bicycle path on the Knight Street eastbound off-ramp and along the north side of Southeast Marine Drive at the intersection.

A public consultation phase on the new design will begin this month. If the plans are approved, construction could begin in early-2017 for a completion in fall 2017, and it could coincide with a major infrastructure renewal project further north on Knight Street from East 14th Avenue to East 37th Avenue. The City plans to replace sewer and waterworks under much of this span of road while also doing extensive road repaving, given the opportunity to do so.

The Knight Street Corridor, a part of TransLink’s Major Road Network, is a primary north-south route for commercial vehicles and trucks serving the Port of Vancouver. The 1.5-km-long bridge near the end of the Corridor is used by over 100,000 vehicles on a daily basis. 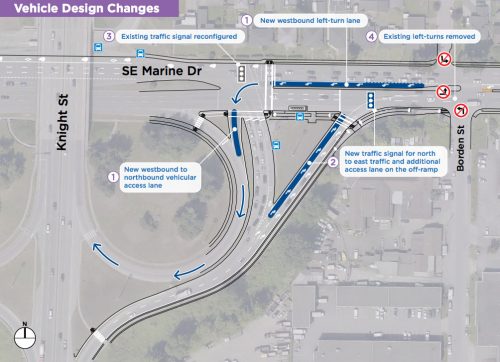 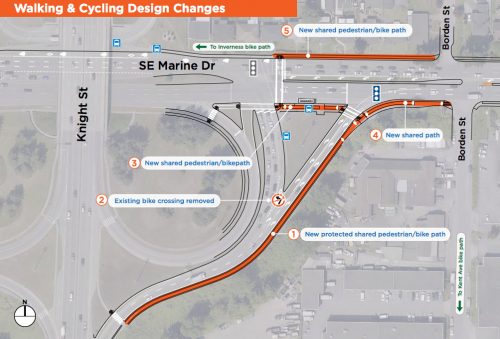