The lower Fraser Valley is considered to have some of the most fertile agriculture land in British Columbia. Juicy raspberries, succulent blueberries and crisp apples are familiar crops thriving in this region, but have you ever heard of a farm growing kiwifruit?

Standing behind his vendor table at the Vancouver Winter Farmers Market, George Petkov tells us the ideal growing conditions for this brown, fuzzy fruit.

“The soil is very fertile here, there’s lots of organic matter that the kiwi likes,” he said. “People think it’s tropical, but originally they’re from Mainland China. They grow beside the Yellow River where it’s moderate weather and high humidity. Which is almost the same as here.” 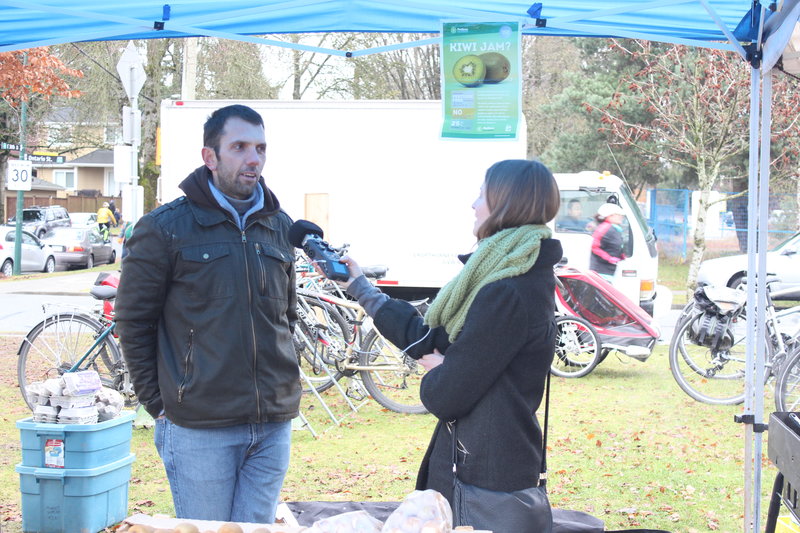 This unique microclimate inspired George to start Petkov Kiwi Production. He’s one of the only farmers in the province growing this fruit on a commercial level, doing so on an eight-acre parcel of land that he leases in Abbotsford.

“I started in 2008. So the first few years they were not in production, it takes three or four years until they start producing,” George explained, in between selling kiwis to market-goers. It’s now six years since that initial planting, and George is reaping a bounty of fruit.

“But [kiwi plants] are still not in full production … [when they are] I should get between 90 and 100 metric tons.”

He’s brought just a small portion of this late harvest crop to the winter market; several boxes of kiwifruit, varying in size, and about a dozen jars of kiwi jam are presented on his vendor table. About 10 per cent of his crop goes toward making the jam, ­­less than five per cent of the actual fruit is sold at the market. A larger chunk of the harvest is reserved for wholesale, with IGA being his biggest customer. But most of George’s kiwis are sold to the BC Healthy Snack Program. 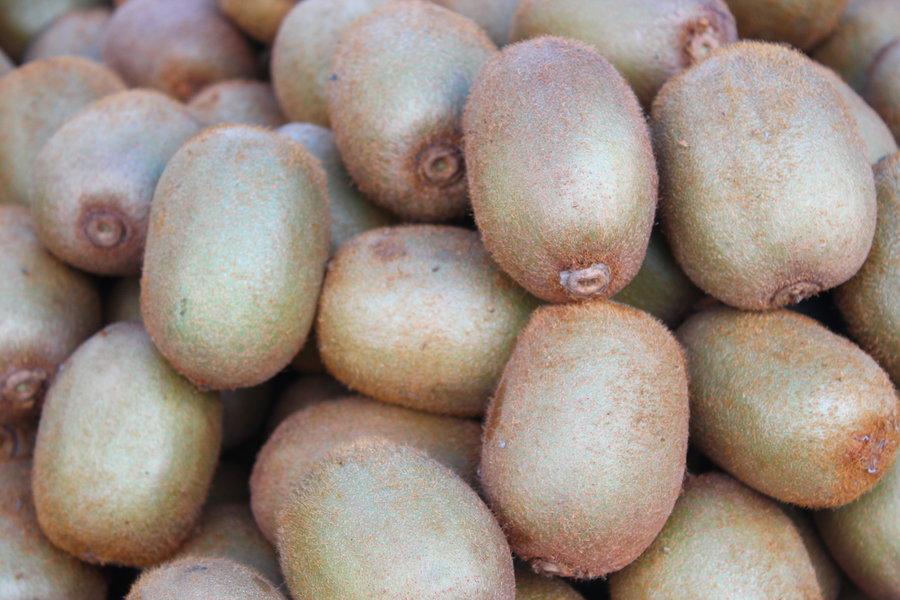 “It’s good for the kids, for the province and for me for sure.”

I then asked George to share some kiwifruit facts. Here’s a summary of what he said:

It’s not just kiwifruit George is interested in; he’s also growing other experimental crops on his land, including pomegranates, persimmons and figs. His knowledge of these uncommon fruit varieties comes from his southeastern European education; having studied Fruit Production and Viticulture in his home country of Macedonia. But one crop he guarantees he won’t be growing in Abbotsford is the one he is most educated in.

Jen: And you did a master’s in a specific fruit?

George: Yes it was in pistachio. Which is impossible here.

George: Yes because it needs super long summer and dry.

Instead, his long-term goal is to buy his own land and begin growing the golden kiwifruit variety in the Fraser Valley.

You can find George Petkov selling his kiwis every Saturday at the Vancouver Winter Farmers Market at Nat Bailey Stadium from 10 a.m. to 2 p.m.

Written and photographed by Jen Muranetz. Connect with Jen on Twitter at @JenMuranetz.