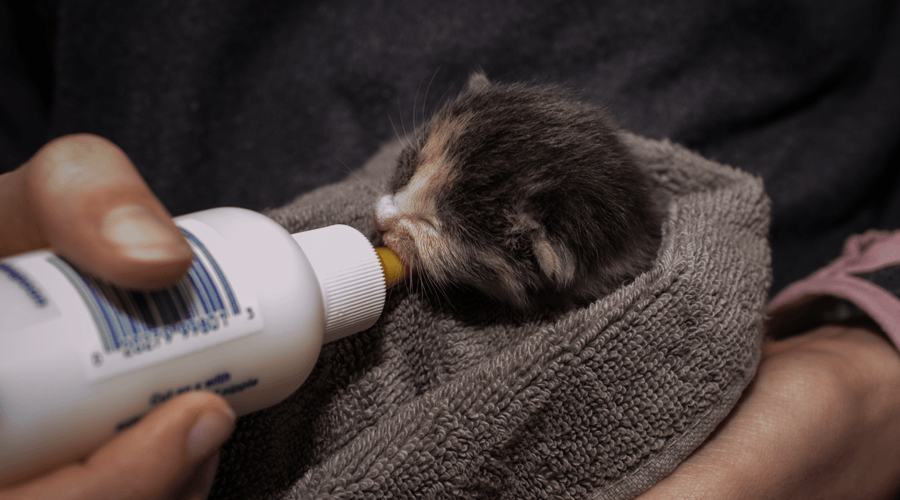 A stray cat has given birth to an astounding 10 babies, but the Vancouver-area rescue tasked with carrying for the brood says the record-breaking milestone is no cause to celebrate.

April’s birth of 10 kittens marks the start of a booming – and concerning – “kitten season,” says Vancouver Orphan Kitten Rescue (VOKRA). As the weather heats up in the springtime, there’s always an accompanying bump in cats giving birth. 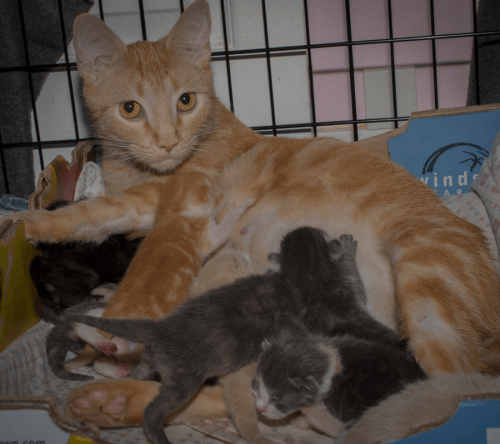 April and her record-breaking litter of 10 kittens.

In theory, kitten season is adorable, but it’s rather problematic. Each year during kitten season 900 kittens are born into the non-profit’s care. Kittens that need vet care, vaccines, and rehoming.

But kittens born in VOKRA care are the lucky ones. Those born on the street have bleak futures, and many will not survive: Some will die from exposure and malnourishment if left to fend for themselves, become prey to wild animals, or become feral. 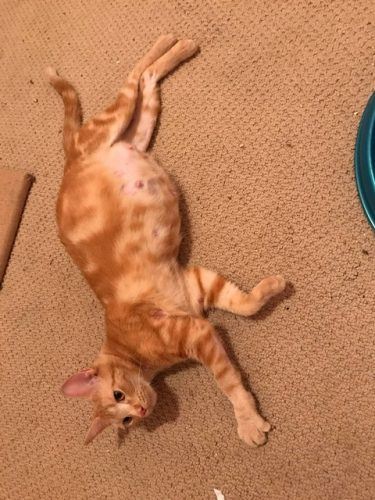 In April’s case, the cat was left to wander on her own, and before long she was pregnant. Thankfully, a neighbour contacted VOKRA, who took her in while she gave birth. It’s the first time in VOKRA’s history a cat has given birth to 10 healthy babies.

“If April had have given birth on the street it’s certain not all of her kittens would have survived as she doesn’t have enough milk to support all these babies,” says Tasha Bukovnik. 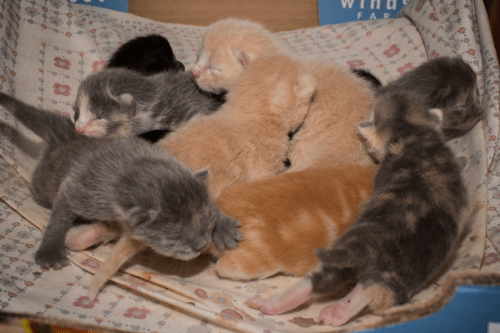 April’s kittens are now being cared for in a foster home, and will be adoptable when they are old enough.

The volunteer group will be hit with hefty vet bills to care for April’s kittens. Between kitten formula, supplements, nursing kits and medical care, it’s looking at $1,500 in costs just for this litter. 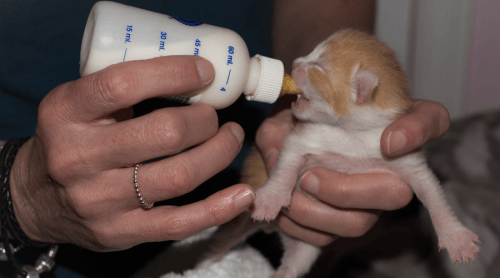 To help curb the unwanted cat population in the Vancouver area, VOKRA is pleading with owners to have their felines spayed and neutered.

Cats are pretty sneaky with pregnancy – it can happen quickly, and cats can reproduce at an alarming rate, as evidenced by this infographic from the BC SPCA. 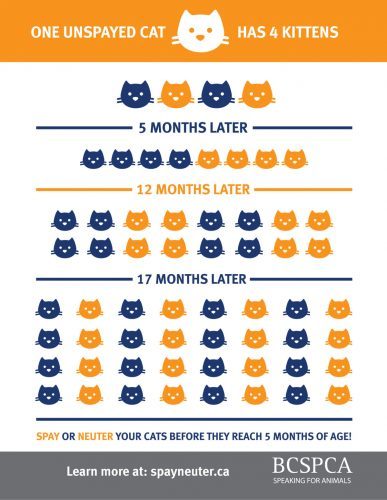 Another way to help is to consider adopting during kitten season.

There are so many kittens coming in to VOKRA that you basically can find cats and kittens of all shapes, colours, sizes and ages. The rescue also encourages animal lovers to adopt felines in pairs, so they can entertain and socialize each other.

Visit VOKRA online to learn more about its adoptable cats. It currently has 49 cats and kittens currently available and another 300 “coming soon” – and that doesn’t include the kittens coming in on a daily basis. 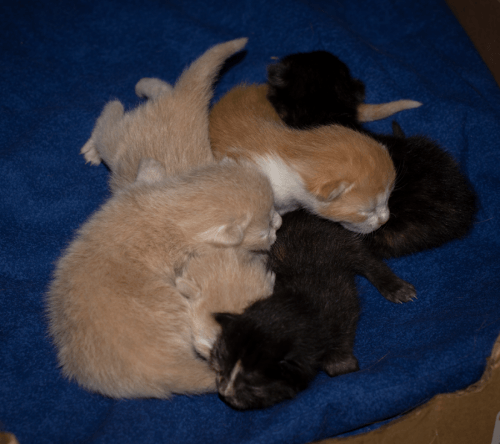 Puddle of kittens that will be up for adoption.