Over the past decade, The Canada One Athletic Foundation (COF) has built up a sporting festival in Kitsilano like no other. Through the help of the Vancouver Parks Board, acceptance of the Kits Point Residents Association and local support from many community partners, KitsFest has become a spectacular sporting event like no other in Canada.

With a great supporting cast directing each sport, beach volleyball, tennis and basketball tournaments have been able to be held on the same weekend at the same iconic Kits Beach site. And now with the addition of beachside classes like morning Zumba (by The Zed Team), Sunset Beach Yoga that’s glow in the dark (by lululemon) and two spin cycling classes (by Steve Nash Fitness), the festival can appeal to an even wider audience.

By adding on a new Water Polo tournament, the entire beach will be taken over by what Co-Founder Howard Kelsey describes as an “active living and healthy lifestyle smorgasbord.” As am Olympic Basketball Alumni, Kelsey teamed up with Julien Phipps, past President of the Kitsilano Chamber of Commerce, to form a sports festival on Kits Beach. Having grown up at this site, Kelsey and Ron Putzi refer to these courts as their old stomping grounds. Both grew up playing at Kits Beach before making it to the international level of basketball. With their roots deeply seeded in the grounds of Kits Beach, these two legendary “ballers” along with Phipps, have furthered the mission and purpose of the COF.

The COF launched in 2000 with the purpose of developing youth leadership excellence, sports and education. Following 15 years of awarding youth education grants surpassing $1.2 million via The HSBC/TELUS Basketball Classic, the Foundation oversees the annual community tradition of KitsFest.

Now in its 7th year, this free public event has helped steward over $750,000 of community legacies at Kits Beach, and their mission continues to grow. COF has helped lead renovating, maintaining and manicuring amenities at Kits Beach via the palm trees outside of The Boathouse Restaurant, the 10 recently renovated Kits Beach tennis courts and the two Kits Beach basketball courts. 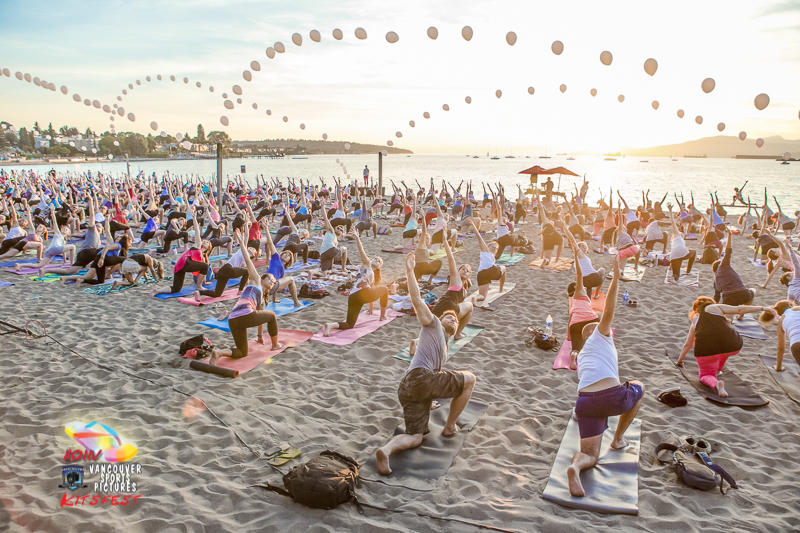 Starting Friday, August 7, the seventh annual three-day KitsFest will be bigger than ever. Live entertainment will be provided by Smooth Grooves Productions throughout the entire festival. Be sure to visit the JoyTV BC enJOYment zone for beach side lounging with special host Carmen Ruiz y Laza.

For more information and to see the full schedule, visit kitsfest.com.