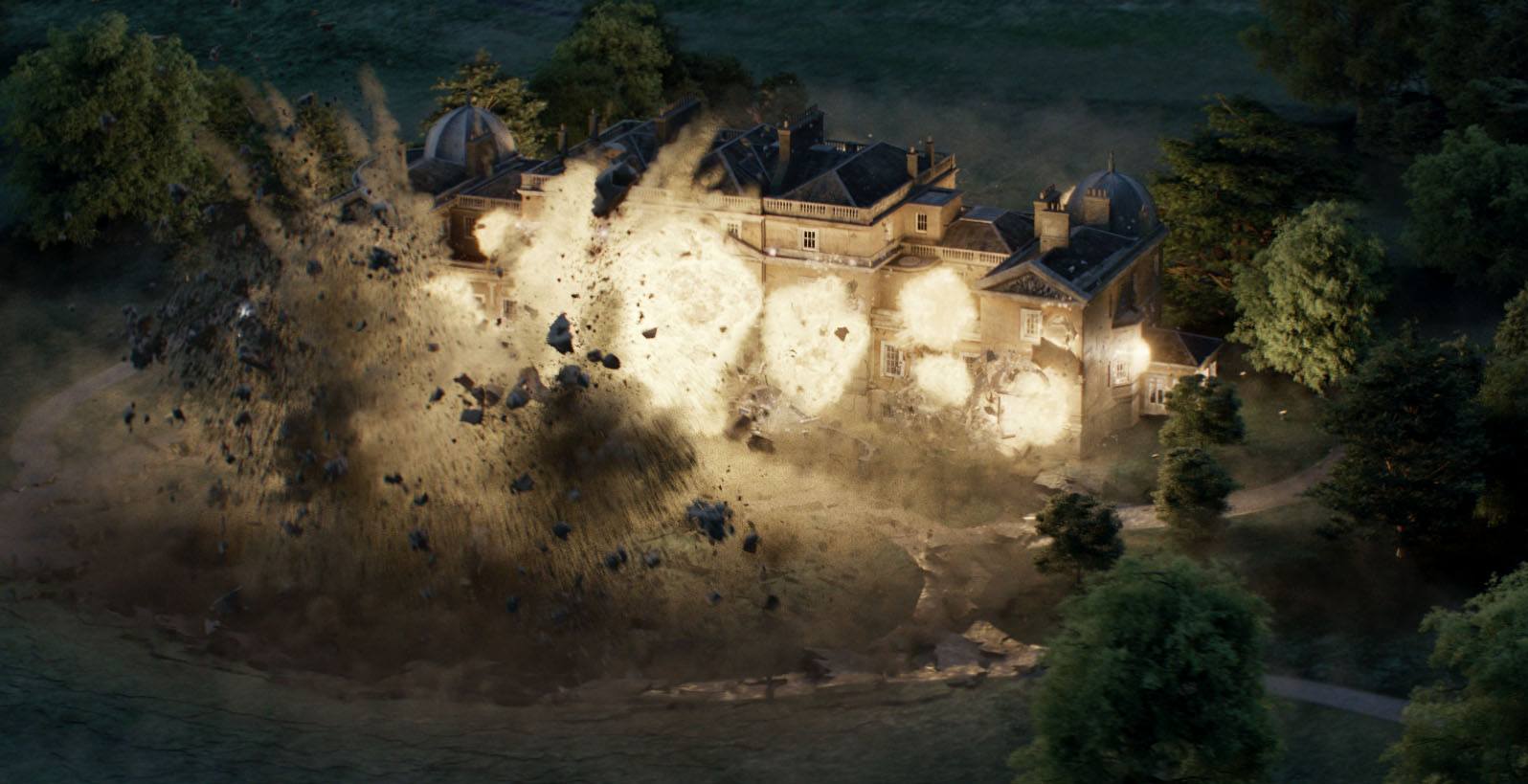 The Kingsman franchise may have begun as quintessentially English entertainment, full of gentleman secret agents dressed in the finest Savile Row suits.

But the second movie in the series, Kingsman: The Golden Circle, sees the English spies team up with their swaggering American counterparts.

And the plot wasn’t the only aspect of the film to cross the Pond – many of the movie’s visual effects (VFX) were made right here in Vancouver.

To get an inside look at just how the VFX were produced, Daily Hive spoke to Mark Breakspear, VFX supervisor at Sony Pictures Imageworks.

Breakspear has worked on a slew of movies you’re bound to know: Suicide Squad, Thor: The Dark World, The Great Gatsby, and Zombieland, to name a few.

He describes Kingsman: The Golden Circle as “a completely crazy ride” and his experience working on the movie as was one of “intense collaboration.”

“[It was a feeling] of excitement, one of making something that you hope hasn’t been done to death by someone else, with the twists and turns to make it interesting.”

700 visual effects shots in one year

Breakspear says it took his team of about 150 people just over a year to produce around 700 visual effects shots for Kingsman: The Golden Circle.

Those shots included a character with a CG robot arm…

A character with a robot arm in Kingsman: The Golden Circle (Sony Pictures Imageworks)

…and making London film locations look like the tropics.

However, one of the hardest shots Breakspear had to produce was the destruction of the Kingsman HQ mansion. That’s not a spoiler – it’s in the trailer.

The mansion is destroyed by underground nuclear missiles, which explode beneath the headquarters, causing the whole area to collapse in on itself.

“Always in visual effects, we turn to reality first,” said Breakspear, who tracked down declassified footage of underground nuclear tests in Russia and America.

“We found some amazing footage of the ground sort of rising up and then collapsing and just falling down into nothing. And so we used that as our base,” he said.

The whole mansion grounds were also created in CG, featuring trees, soil, and underneath that, “cascadable layers.” 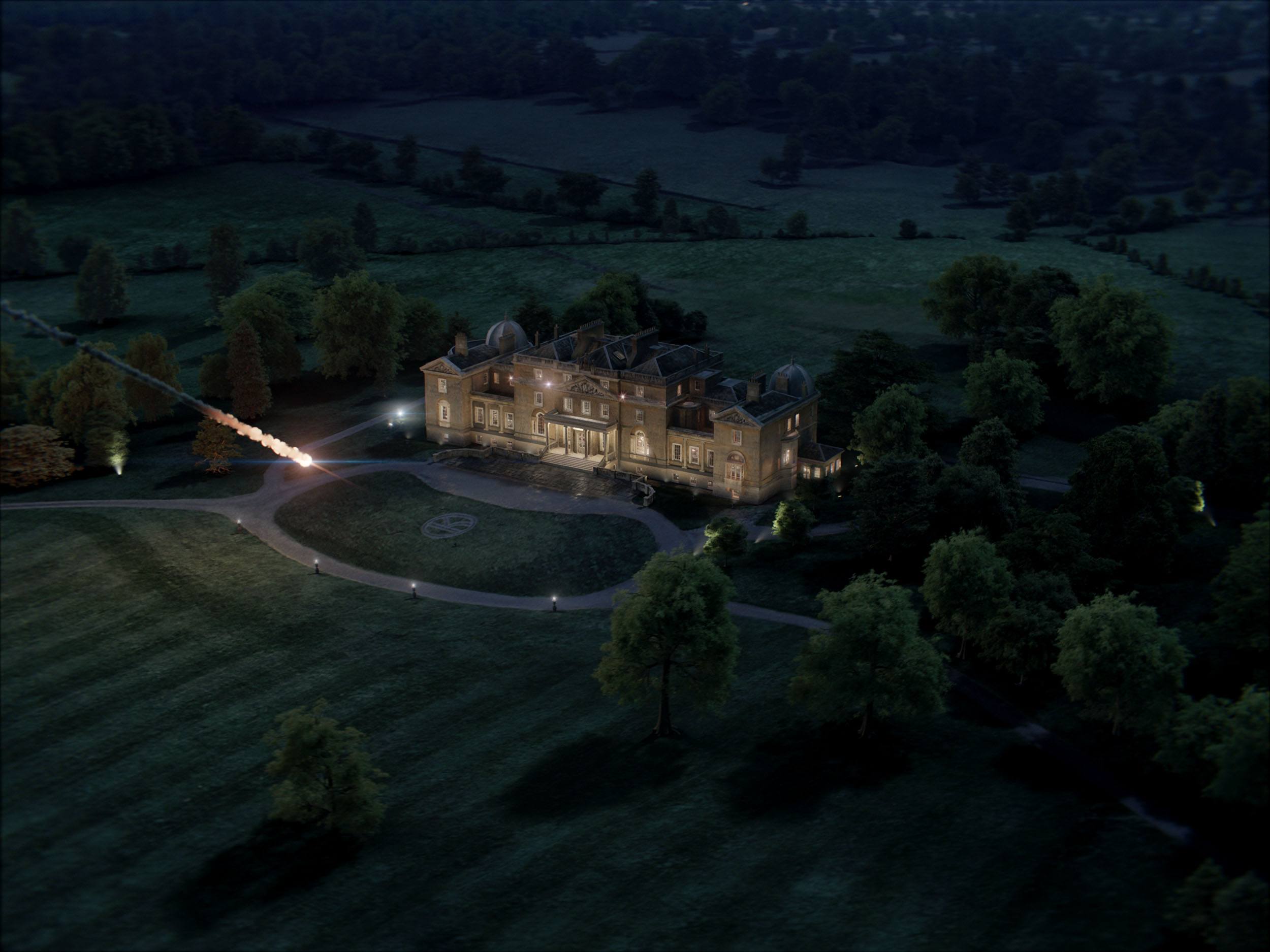 “When the missile strikes, we detonate and fracture those underground layers and let the simulation work out the rest, basically collapsing this building,” said Breakspear.

His team also generated a huge CG explosion, dust, an electrical arc, fireball explosions, and had all the windows in the mansion blow out as well. 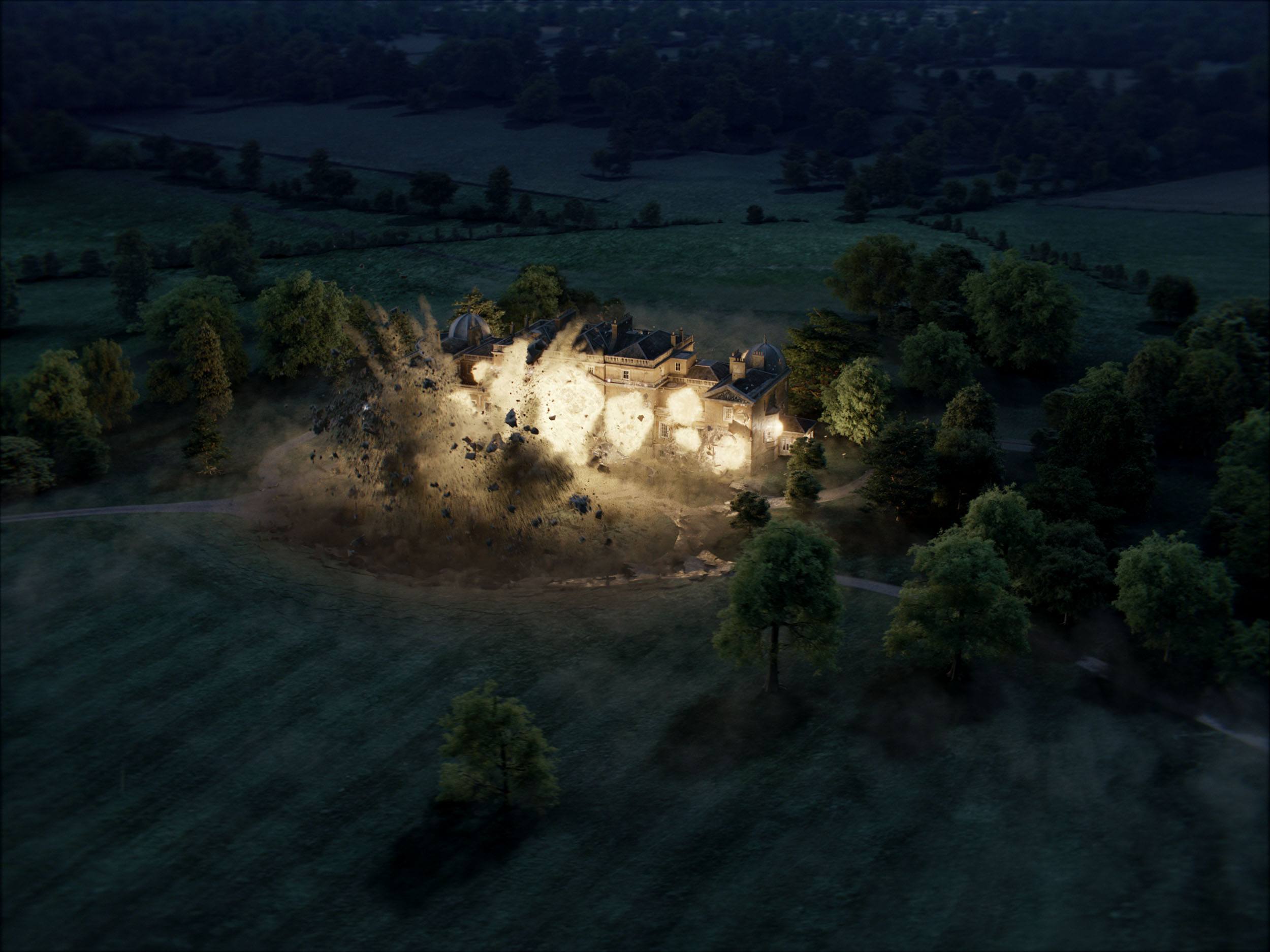 “Not only does the building collapse, but when the ground collapses, with all the soil and grass, that all falls in on itself, taking trees and plants with it.

“So we simulated trees getting ripped apart and falling down into this hole, and it all takes place in about seven or eight seconds.” 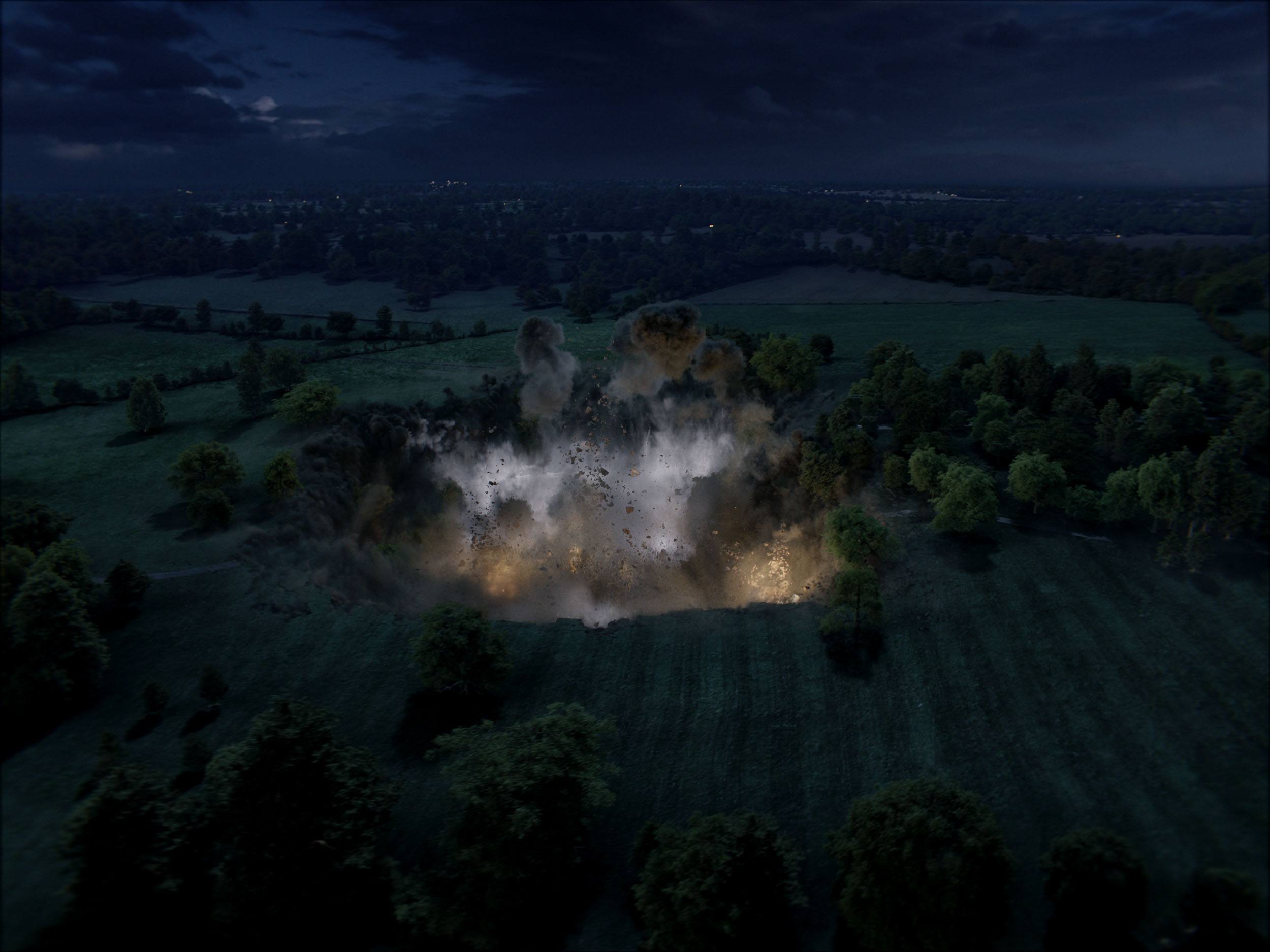 The Kingsman HQ mansion collapsing in on itself in Kingsman: The Golden Circle (Sony Pictures Imageworks)

The Kingsman work done by Breakspear and his team is just the latest in a long line of achievements for Sony Pictures Imageworks.

Celebrating their 25th anniversary this year, the company opened a Vancouver office in 2010, and moved its entire headquarters here in 2014.

Randy Lake, President of Studio Operations & Imageworks, told Daily Hive that Vancouver has become one of the largest VFX generation hubs in the world.

“We’ve been really happy in Vancouver, because it’s an attractive place to relocate to and grow our workforce and I’m really excited about it,” he said.

Lake said he’s proud of the work the Oscar-winning company has produced, particularly on the Spider-Man movies, which it has worked on since the beginning.

“We’ve proven that we can produce great looking animated features and a variety of different styles for multiple clients, which I think is a pretty unique aspect of what we do.”

“It’s an interesting challenge given that a lot of our competitors are in Vancouver as well,” said Lake.

“But we feel we’ve been able to create an environment that artists are interested in coming to, and have a good reputation for how we treat our employees and the type of work we do.”

For Breakspear’s part, he said the Kingsman project was filled with some of the most professional people he has have ever worked with in his life.

“What I was most proud of was the teamwork, because you can’t do these types of projects unless everybody on it does their job,” he said.

“These projects only get made because people make them, and the computers don’t do very much unless you tell them to do it.”