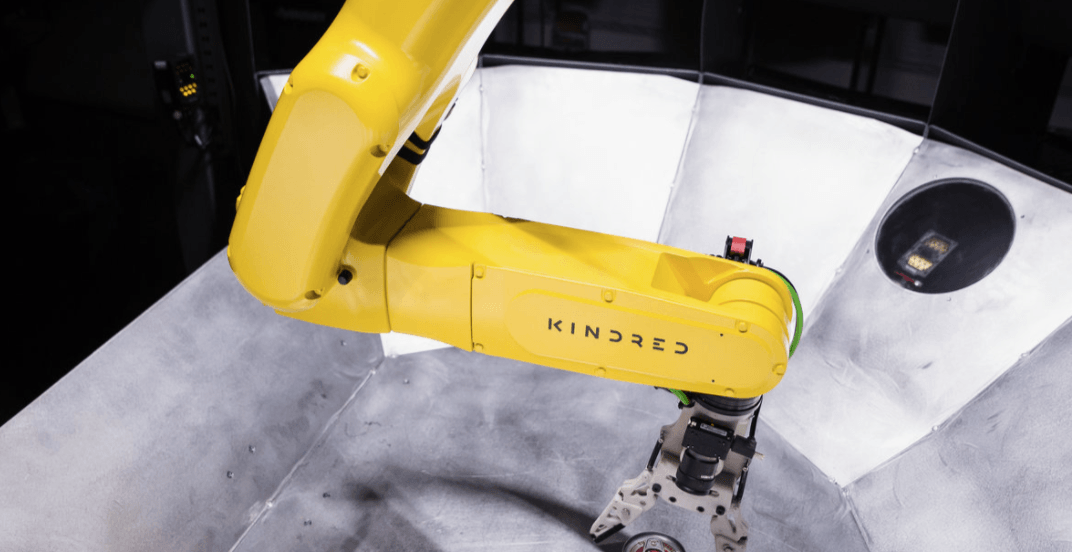 Putting another notch in Vancouver’s tech sector belt, Kindred, a Vancouver artificial intelligence company announced this week that it has raised $35.4 million.

The investment was raised in Series B funding led by Tencent, bringing the total amount raised to $44 million.

Kindred Sort was developed to “quickly and accurately” sort an endless variety of products into orders, side by side with warehouse staff.

In a statement, George Babu, co-founder and head of product at Kindred, said that through Kindred Sort, it is aiming to alleviate pressures facing the retail and fulfillment industry.

Those include significant online sales growth, labour shortages, and a lack of advancement in technology, he says.

“Industrial robots, despite their accuracy and precision… do not adapt well to less controlled environments where the items could be randomly placed or come in a nearly infinite variety of sizes, shapes and weights,“ said Babu.

“Kindred Sort leverages our advancements in applying artificial intelligence (AI) to physical world systems and our unique approach to delivering intelligence to robots that can help solve the capacity issues.”

‘A new class of robots’

“Kindred Sort is only the beginning when it comes to showcasing the company’s unique approach to AI,” said Pierre Lamond, Partner at Eclipse Ventures, in a statement.

“Their technology is powering a new class of robots that learn to do far more than traditional industrial robots. These intelligent robots compliment human workers to meet the greater efficiency, flexibility and output demands of modern e-commerce fulfillment centres.”

In the future, “all machines will benefit from being able to understand and interact intelligently with the world around them,” said Babu. “Kindred is on the forefront of creating the building blocks for this future.”