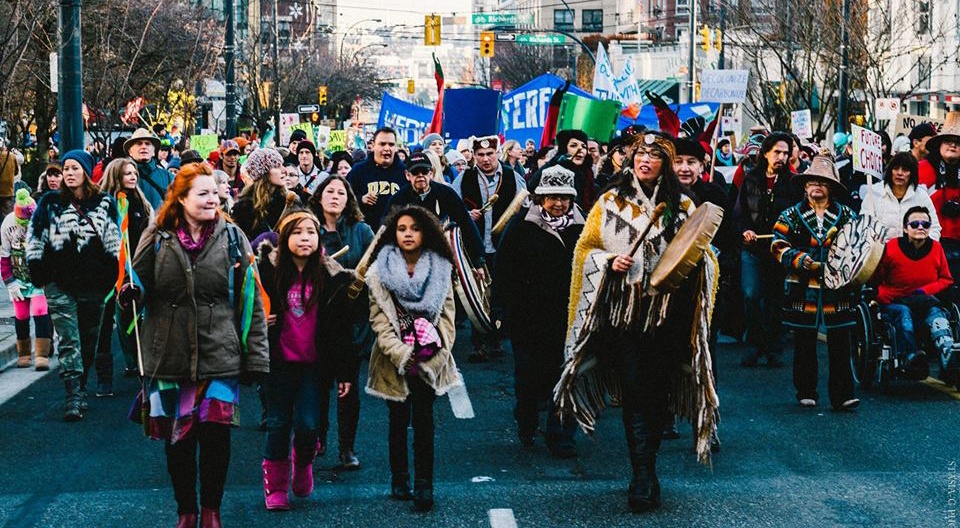 Anti-pipeline protestors in Vancouver will take to the streets again on Tuesday night, after it was announced Kinder Morgan’s Trans Mountain pipeline expansion has been approved.

Prime Minister Justin Trudeau announced his approval of the project, which will increase capacity of the existing pipeline, while cutting through Burnaby Mountain, on Tuesday.

In response, Climate Convergence Metro Vancouver plan to meet on CBC Plaza at Hamilton and Robson at 5 pm on Tuesday night to speak out against the controversial pipeline.

The rally comes only 10 days after another protest against the pipeline expansion saw 4,000 people march through the streets with the support of Mayor Gregor Robertson.

Meanwhile, #NoKM is trending on Twitter in Vancouver, as opponents voice their disappointment and anger over Trudeau’s decision.

And Robertson has also expressed his “profound” disappointment with the decision, saying he will keep speaking out against the Kinder Morgan expansion.