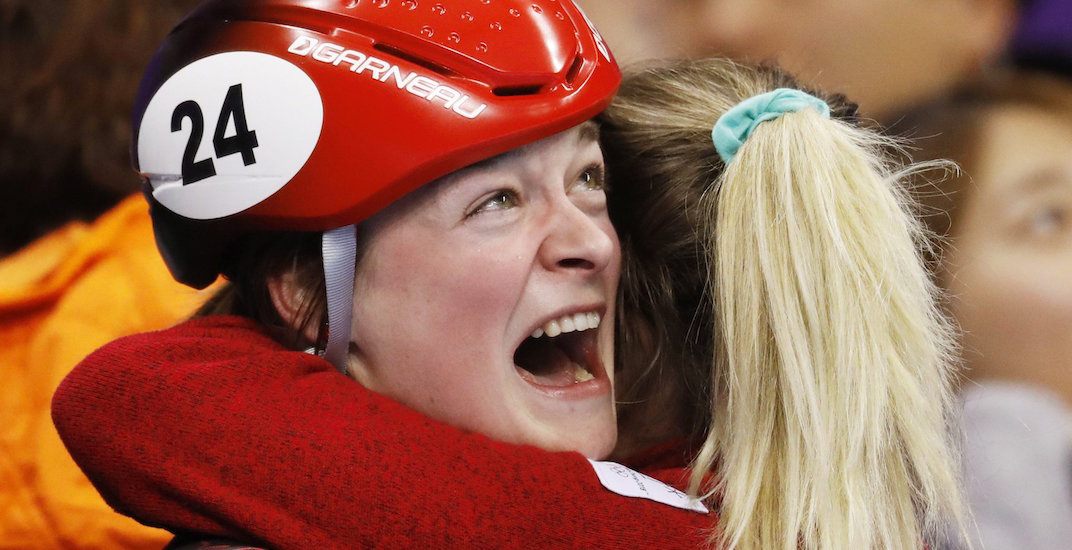 What an Olympic debut for Canada’s Kim Boutin.

After capturing bronze in the 500-metre final three days ago, the 23-year-old has won bronze again, this time in the 1,500-metre race.

Unlike the first time, the Sherbrooke, Quebec native didn’t have to wait for a disqualification of another athlete to realize she would stand on the podium. She likely won’t have to deal with any misguided anger on social media this time, either.

Boutin was actually leading late in the race before being passed by Minjeong Choi of South Korea and Jinyu Li of China, who won gold and silver respectively. The Canadian crossed the finish line in a time of 2:25.834.

Boutin will have a chance for a third Olympic medal in the women’s 3,000-metre relay on Tuesday.