Sure, there’s only one Freddie Mercury.  But to be fair, there’s only one Adam Lambert. And with a little help from Queen’s Brian May and Roger Taylor, the former American Idol contestant was able to nicely fill Mercury’s very big shoes on Saturday night in Vancouver, if only for just a couple of hours.

The history of Queen is the stuff of legend – the band rocketed to stardom in the mid-70’s and sold tens of millions of albums before Mercury’s tragic passing in 1991. The death of rock’s most enigmatic frontman shook the world, and the band’s remaining members ceased recording new music altogether. Guitarist May and drummer Taylor reunited in 2005 for a tour featuring Bad Company’s Paul Rodgers on vocals, but the new incarnation would only last a short time.

Enter Adam Lambert. In 2008, Lambert auditioned for American Idol singing “Bohemian Rhapsody”. He impressed May and Taylor so much, they teamed up with the flamboyant singer to perform “We Are The Champions” on the Idol stage three years later. Lambert and the band would perform sporadically over the next couple of years, and practice apparently made perfect as Queen 2.0 rocked Rogers Arena with a force that likely would’ve made Freddie proud.

It’s no surprise that a Queen show is made up of all killer and (mostly) no filler. They opened the show with “Now I’m Here” and tore through a two hour setlist comprised of giant hits and sentimental favourites. Lambert’s voice is a technological tour de force and he quickly won over the Vancouver crowd with his huge range; when May asked “how’s the new boy doing?”, he was answered with a thunderous roar from the audience.

The band sailed through versions of “Somebody To Love”, “I Want It All” and “The Show Must Go On” with a theatrical gusto that only Queen could muster. For his part, Lambert was equal parts playful and obnoxious; he spat champagne onto the lucky(?) folks in the front row during “Killer Queen”, then told a group of ladies to “move their fat asses” during – what else? – “Fat Bottomed Girls”.

But when it came to the memory of his predecessor, Lambert was extremely respectful, telling the crowd that Mercury’s lyrics were “f—ing beautiful”. May also paid his respects to his former bandmate, tenderly performing “Love Of My Life” with an acoustic guitar while Mercury supplied vocals by way of archival footage played on a giant video screen. “Freddie isn’t really far away,” May reassured us.

The band closed the show with a rousing take on “Bohemian Rhapsody” before returning for an encore of “We Will Rock You” and “We Are The Champions”. Lambert sang the hell out of all three, but never once tried to imitate Mercury’s stunning vocals on the originals.  Instead, Saturday’s show in Vancouver was more of a tribute to Mercury than a takeover, and the thousands of Queen fans in attendance couldn’t have been more grateful. 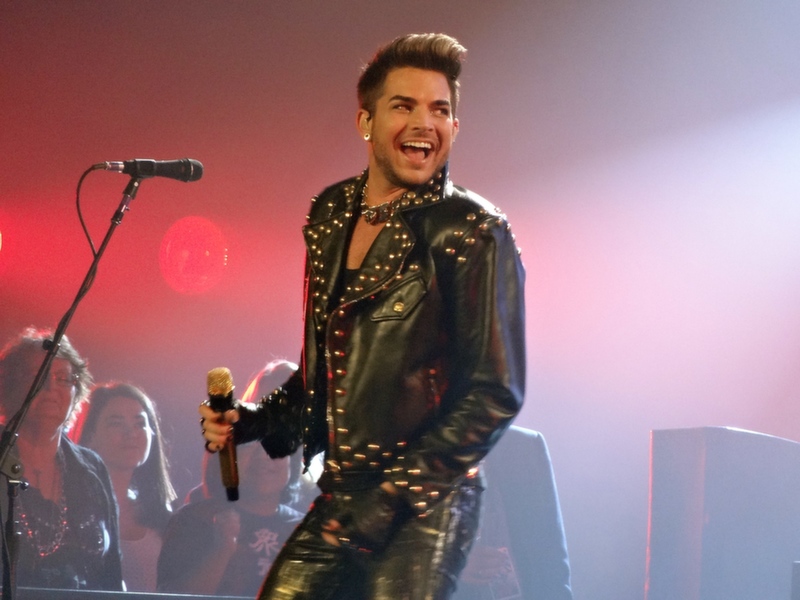 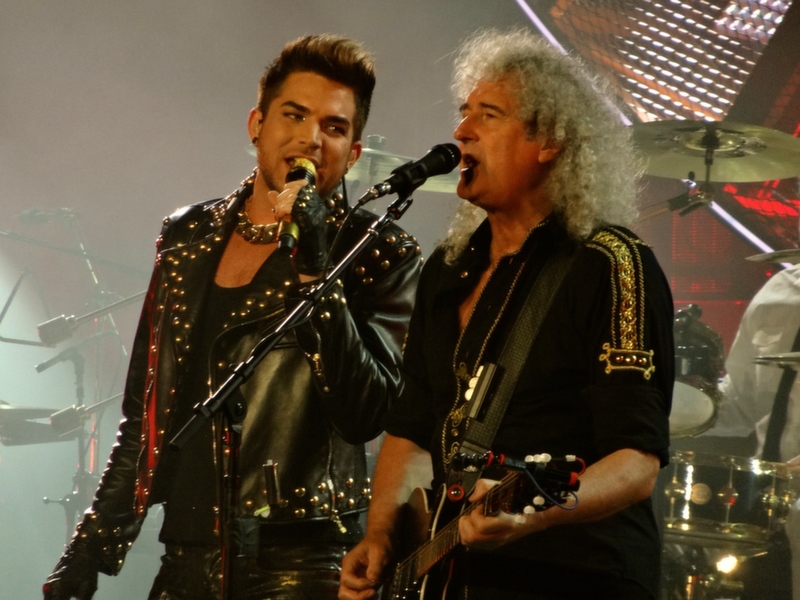 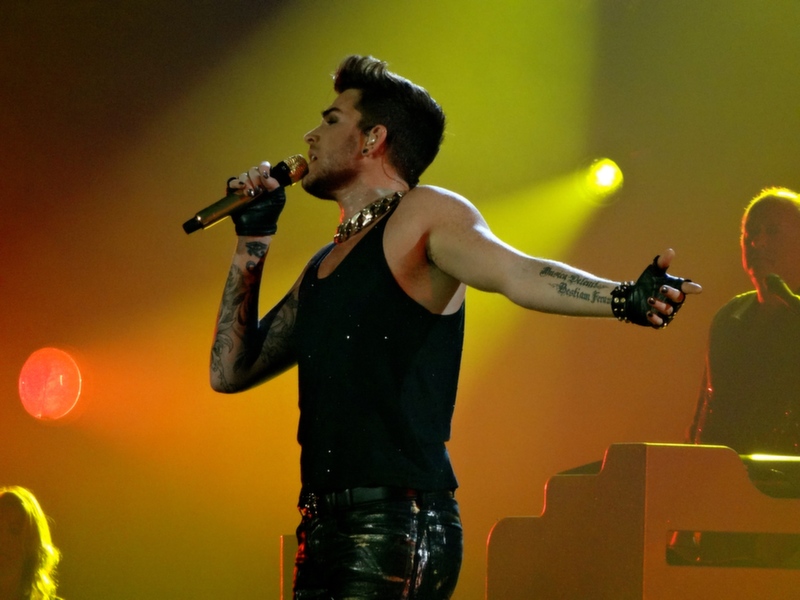 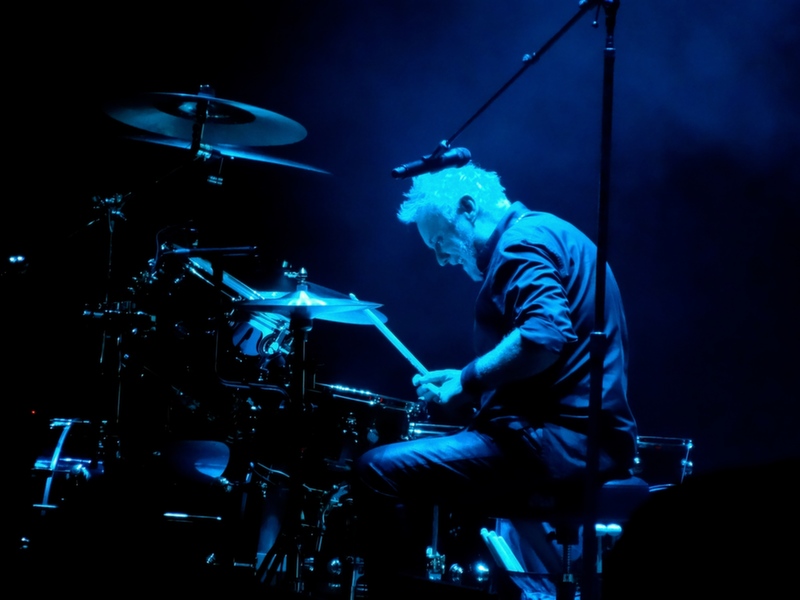 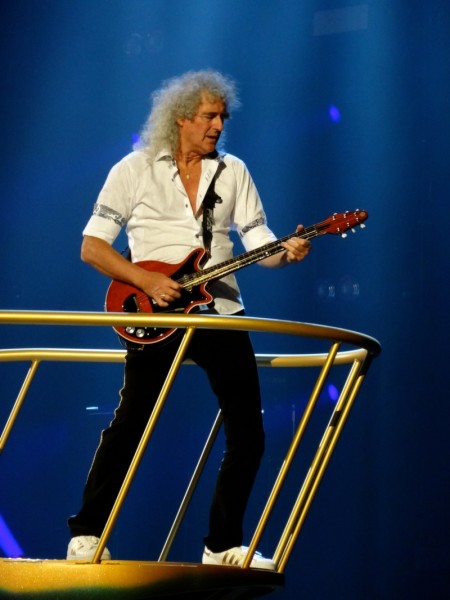 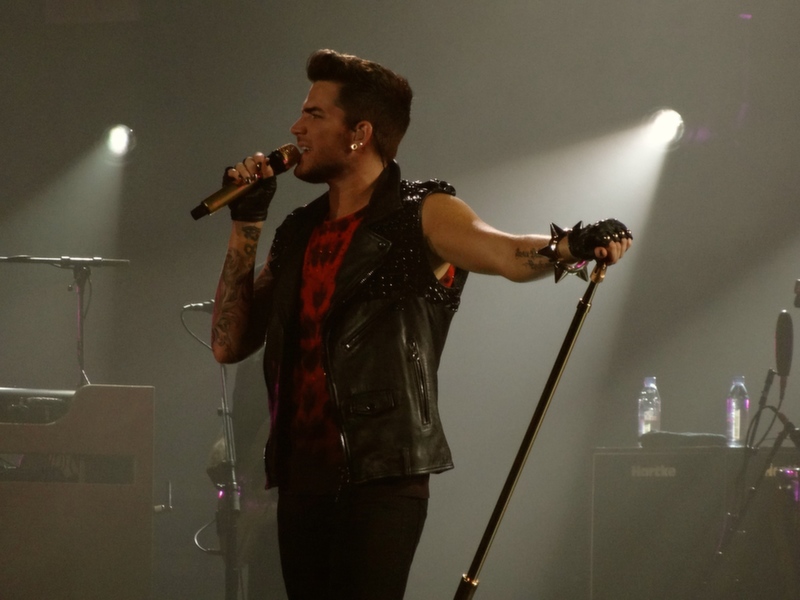 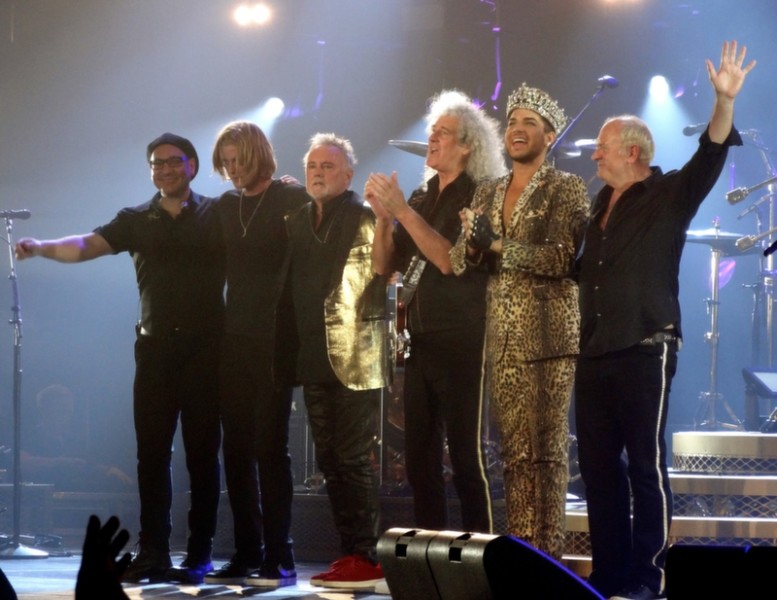