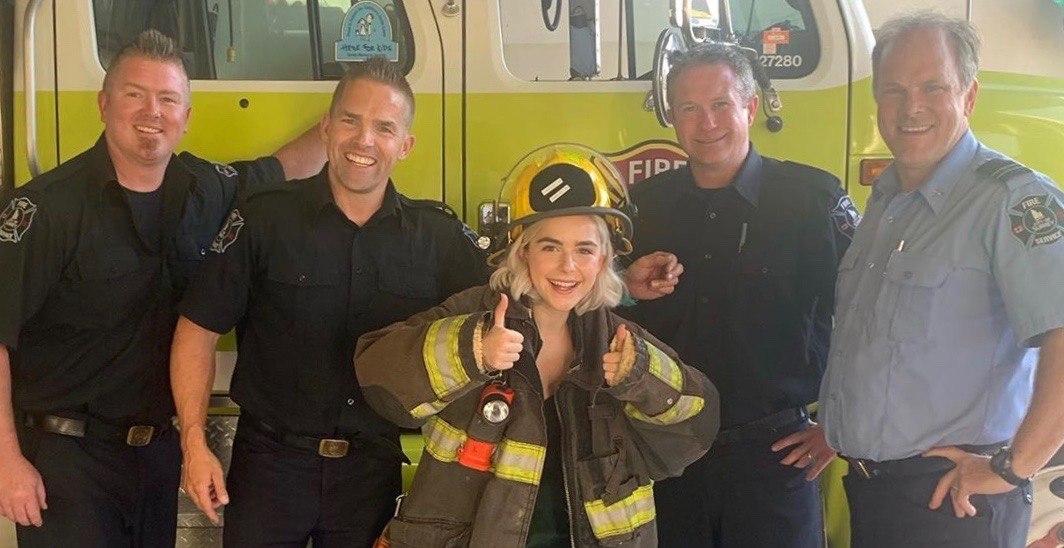 Things are always hot when it comes to filming in Hollywood North, aka Vancouver, Canada, but one Netflix star really turned up the heat over the weekend.

Kiernan Shipka, star of Netflix’s smash hit series Chilling Adventures of Sabrina made a visit to Hall 8 of the Surrey Firefighters during a break in filming.

Shipka posted the photo on her Instagram account with the caption “I summon the hellfire & they put it out,” implying that some serious stuff went down during her work day.

The third part of Chilling Adventures of Sabrina is currently in the works, part 1 and 2 are streaming on Netflix now.