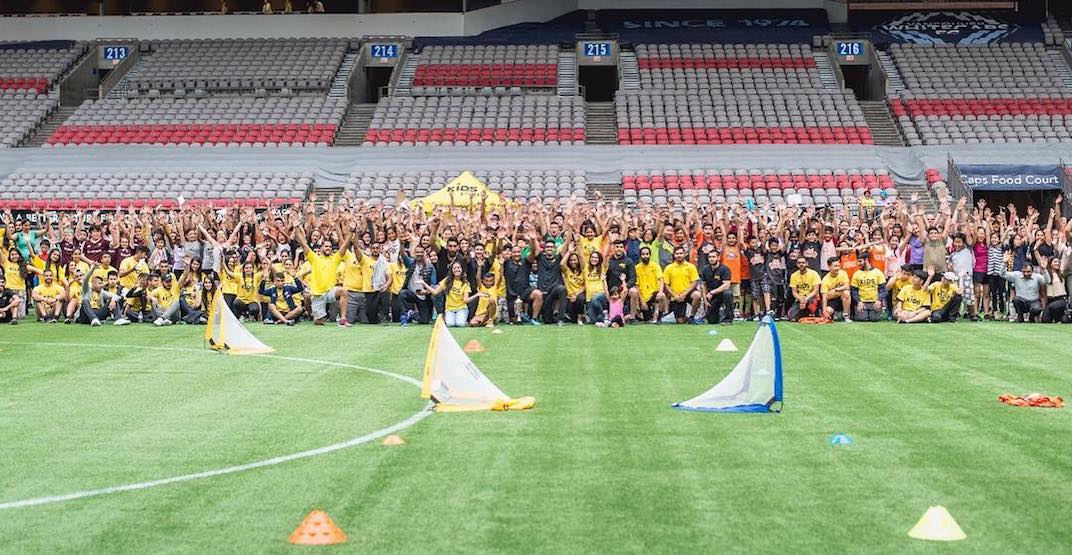 An annual free soccer tournament that aims to bring kids together to help keep them out of gang life is coming back to BC Place this year.

On Monday, May 27, hundreds of kids will participate in 7th annual KidsPlay Foundation Super Soccer Tournament on the same field where the Vancouver Whitecaps and BC Lions play.

The Super Soccer Tournament is KidsPlay’s flagship event, and has previously attracted hundreds of local youth and dozens of volunteers.

Kids Play is a non-profit organization that is founded on “organizing sports tournaments, conferences, and other projects to keep the youth away from the lifestyle of drugs, gangs, and violence.”

The organization and event is spearheaded by long-time VPD officer Kal Dosanjh, who wants to help give kids in lower socio-economic backgrounds an outlet — and most importantly keep them away from gangs.

During his time as an officer, Dosanjh spent 14 years as a beat cop on the Downtown Eastside.

“I noticed a steady stream of youth entering the open air drug market. These youth would be apprehended, charged, convicted and spewed out on the other end of the Criminal Justice System to re-engage in a perpetual cycle of violence as more hardened criminals,” says Dosanjh.

“Many of these youth came from lower socio-economic backgrounds, and were never afforded the opportunity to engage in positive constructive outlets, thereby leaving them more susceptible to entering a lifestyle of drugs, gangs, and crime.”

Dosanjh received funding from the department and began a soccer tournament 14 years ago on a small field in the Downtown Eastside with approximately 150 students. He then began the tournament under the KidsPlay banner in 2015.

Over the years, the KidsPlay program has grown, eventually culminating to leasing BC Place Stadium and hosting over 1,000 kids free of cost, on an annual basis. The event is now in its 7th year.

Since 2015, over 60,000 youth have been through KidsPlay sports, education and mentorship programs, free of cost, supported by more than 500 KidsPlay volunteers.

To find out more about KidsPlay, you can visit their website.

Where: BC Place Stadium