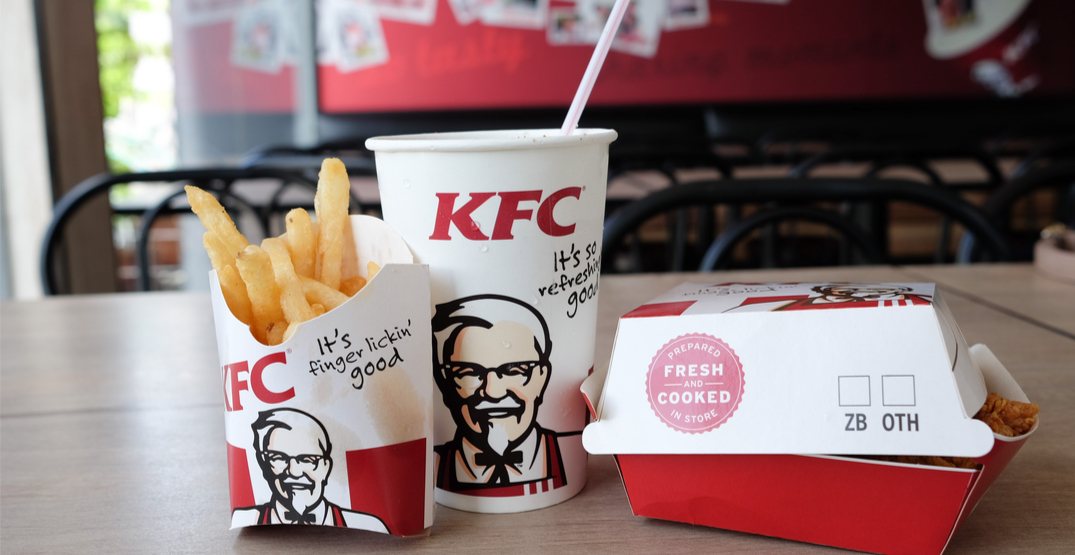 KFC is one of many chains in Canada that have publically announced a series of new sustainability and environmental commitments.

The fried chicken giant has committed to joining companies like A&W, McDonald’s, and Starbucks in independent missions to reduce single-use plastics from its Canadian locations.

The American fast-food spot will be removing plastic straws and plastic bags from all KFC Canada locations by October 2019.

Earlier this year, KFC Canada announced its alliance with KFC’s across the globe in a commitment that all plastic-based, consumer-facing packaging will be recoverable or reusable by 2025.