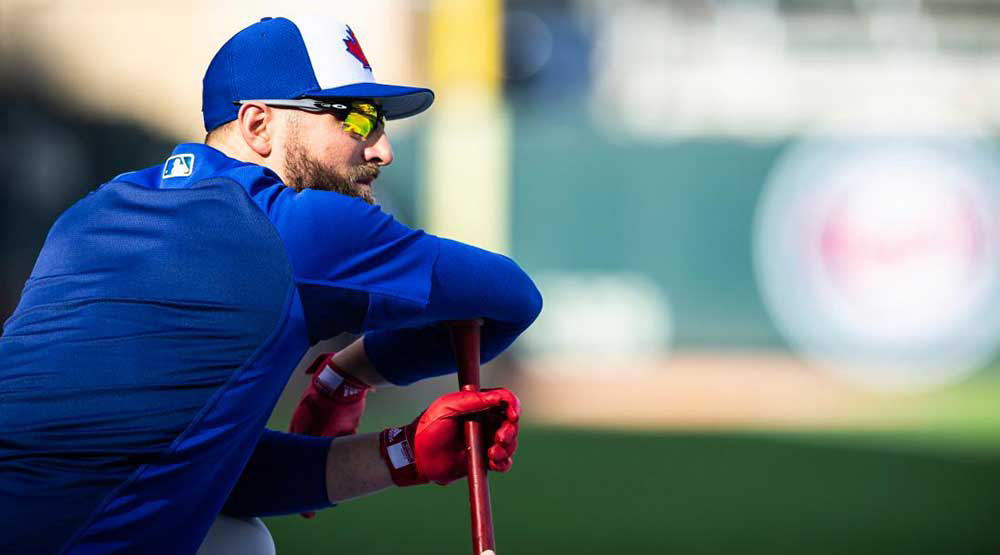 In the 42-year history of the Toronto Blue Jays, there hasn’t been a more unlikely big leaguer than Kevin Pillar. As a late-round selection in the 32nd round of the 2011 MLB entry draft, 978 names were called before his. Imagine the world’s worst version of school yard pick ’em that drags on for days.

Pillar waited until the third day of the draft to learn he was selected by the Toronto Blue Jays as the 32nd player they picked in the 2011 draft.

Legend has it that his signing bonus was a mere $1,000, but after taxes, Pillar didn’t even have enough left over to buy an iPhone. After two years in the minor leagues, he defied the odds in 2013 and became the lowest drafted player in his class to graduate to Major League Baseball.

For the Blue Jays organization, Pillar was a late-round draft pick who quickly blossomed into a depth outfielder for the organization. He was found money. Pillar benefited from being in the right place at the right time as the Blue Jays experienced a rash of injuries in 2013.

Pillar dodged a bullet in 2014 when he had a very public spat with his manager, John Gibbons. The outfielder didn’t take kindly to being pinch hit late in a game and Pillar tossed his gloves and bat in the dugout in disgust. He was sent down to the minors the following day.

That could’ve been it for Pillar. Teams don’t take too kindly to players showing up teammates. Once again, the outfielder overcame the odds and returned to the big leagues in 2015 and stuck for good.

As the Blue Jays continue to trade away the stalwarts of their 2015 and 2016 playoff rosters, Pillar’s departure was expected. He was on track to become a free agent at the end of the 2020 season and with a Blue Jays team in the midst of a rebuild, Pillar and his $5.8 million salary was deemed unnecessary.

At 30 years old, he was one of the oldest everyday centre fielders in baseball. For all his faults as a hitter, Pillar was a very durable outfielder for the Blue Jays dating back to 2015. He averaged 150 games a season since 2015. In fact, among all MLB outfielders, he played the fifth-most games spanning from 2015 to 2018.

Despite playing with reckless abandon and diving in the outfield like a wide receiver, Pillar somehow managed to stay healthy. That’s a large reason why no other outfielder was able to knock him off his perch in centre field.

He’ll be remembered most for his highlight reel catches, scaling the 10-foot high walls at Rogers Centre not once, but twice to rob home runs. His first wall-leaping grab in April of 2015 is the catch that put him on the map.

The Blue Jays were bound to turn the page on Pillar eventually, but much like the Kendrys Morales trade, the timing of the transaction is unorthodox. Where Morales was dealt on the eve of Opening Day, Pillar was moved after five games into the 2019 schedule.

The 30-year-old was a fan favourite in Toronto. Surely, many Pillar shirsey owners are regretting the news of this trade, but the truth is this was a long time coming. The fact that the Blue Jays matched up with a trade to get three players in return was merely a bonus.

As with the Morales subtraction, the real value in this transaction is the playing time that opens up for the Blue Jays’ crop of outfielders. This move means that Anthony Alford could see regular playing time and he’s been heralded for years as Pillar’s heir apparent.

As a team in transition, the Blue Jays need to see what they have with guys like Alford, Randal Grichuk, Teoscar Hernandez and Billy McKinney. Playing time at the big league level is crucial for their development (less so for Grichuk), but with Pillar taking everyday at bats, it meant at least one of those outfielders was on the outside looking in.

Pillar grew up in more ways than one during his time as a Blue Jay. As a late round draft pick, his meteoric rise to the big leagues defied convention. His dust-up with his manager could’ve completely derailed his career. It served as a valuable learning experience for Pillar.

The outfielder’s career was not without controversy as the uttered a homophobic slur towards another player during the 2017 season. “This is not who I am and will use this as an opportunity to better myself”, Pillar said in a tweet following his two-game suspension.

Just prior to leaving the Rogers Centre for the last time as a Blue Jay, a teary-eyed Pillar told reporters, “I arrived as a 24-year-old kid who didn’t think he’d make the big leagues and leave a 30-year-old man with a wife and a kid.”