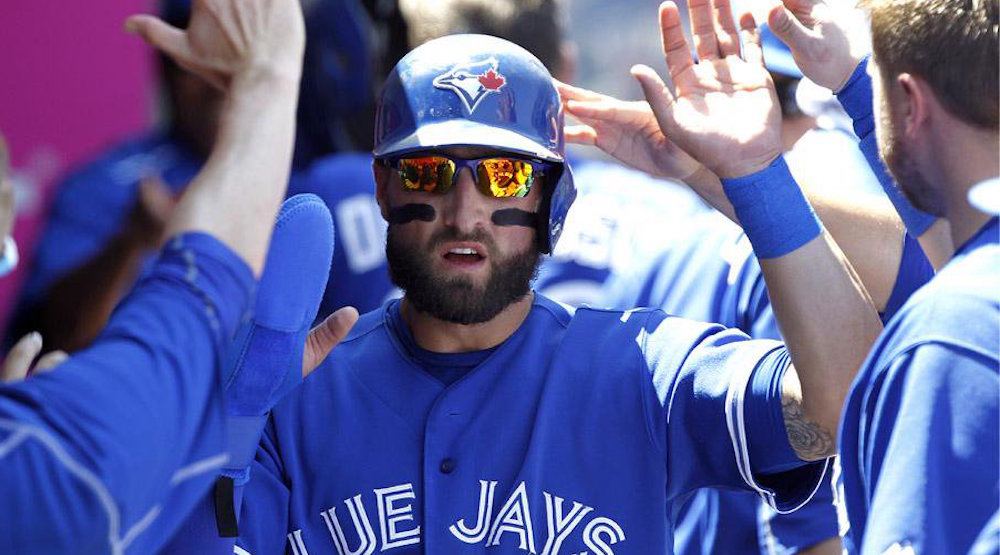 After seven years in a Toronto Blue Jays uniform, the Kevin Pillar era came to an abrupt end last week. The longtime Blue Jays outfielder was sent to the San Francisco Giants in a surprising trade which brought back three players to Toronto.

The day that Pillar was traded, he met with the media, said one last goodbye and was on his way to San Francisco. Later that night, he put on a Giants uniform for the first time and met his former teammate Russell Martin at the plate.

This looks so strange pic.twitter.com/rNCtGQnnwd

Needless to say, it was a whirlwind week for Pillar. Now that the dust has settled from the trade, the former Blue Jays outfielder posted a heartfelt goodbye to Blue Jays fans, his former teammates, coaches and front office staff.

“Thank you isn’t enough, Toronto”, Pillar said on Instagram. “I gave you my heart and you gave me yours back. I was just a California kid who always had a dream of playing in the big leagues.”

I don’t know where to start but the last couple days have been some of the most difficult and challenging days of my career. After trying to get myself and family settled in a new city and organization, I have finally had a chance to process my feelings…

Thank you isn’t enough Toronto. I gave you my heart and you gave me yours back.

I was just a California kid who always had a dream of playing in the big leagues. Never in my wildest dreams would I be playing 3,000 miles away from home in a different country. On August 14, 2013 I made my MLB debut in Toronto but what I didn’t know is you would be my home for the next 7 years of my life.

To AA, Paul Beeston, and especially the guy who drafted me, Kevin Fox, thanks for believing in a 21 year old D2 baseball player. Thank you for giving me the opportunity to prove that I could not only reach the big leagues but become an everyday center fielder.

To the staff, trainers, stadium employees, clubhouse staff: thank you for your constant love and support and always making me and my family feel like family. You all touched my heart in a way that I will never forget.

To my teammates: thank you for the most unbelievable ride. We had some challenging years but we also had some pretty magical and incredible years. Despite the ups and downs of a season, you guys were the ones who made me want to play as hard as I could every single day, regardless of the score.

It wasn’t long before Pillar made an impact with his new club; on Monday night, he hit a grand slam for the Giants, the very first of his big league career.

Prior to the trade, Pillar was the longest-tenured member of the Blue Jays roster. He made his debut with the club back in August of 2013. Now, Marcus Stroman and Aaron Sanchez have the distinction of being the two longest active Blue Jays on the team’s roster.