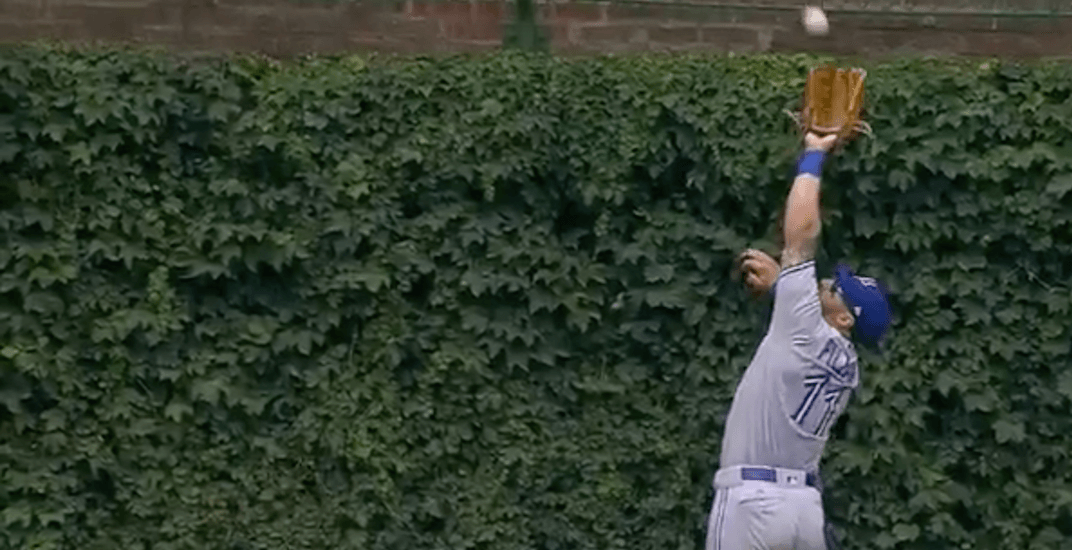 Kevin Pillar been making amazing catches in centre field for the Toronto Blue Jays for a while now. But 28-year-old in his fifth season with the Blue Jays earned a rather unique out for his team during the seventh inning on Sunday.

He ran into a brick wall.

With the score tied at three, Pillar went full speed into the ivy at Wrigley Field, slamming into the unforgiving wall that stands behind it. He robbed Cubs’ third baseman Kris Bryant of extra bases.

Though he jogged gingerly immediately after, remarkably, Pillar was relatively unscathed from the collision.

Pillar’s catch was a hugely important play at that moment in the game, but the Jays still ended up losing 6-5, collapsing in bottom of the tenth inning.