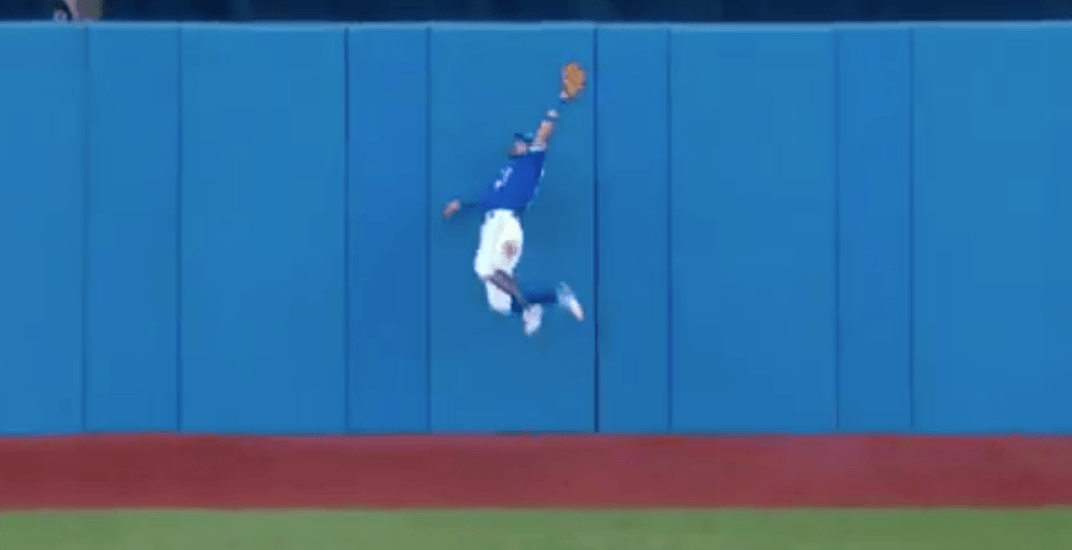 Give the man a gold glove already.

He added another to the highlight reel on Saturday, making a running/jumping/wall-slamming catch in the fifth inning against the Detroit Tigers.

Add this to @KPILLAR4‘s highlight reel!

(And someone please check on the wall) pic.twitter.com/HlBNkp41KI

Pillar’s catch was just one part of his sensational game. The 28-year-old outfielder had four hits, two RBIs, and the go-ahead home run in sixth inning. The Blue Jays won the game 5-4.