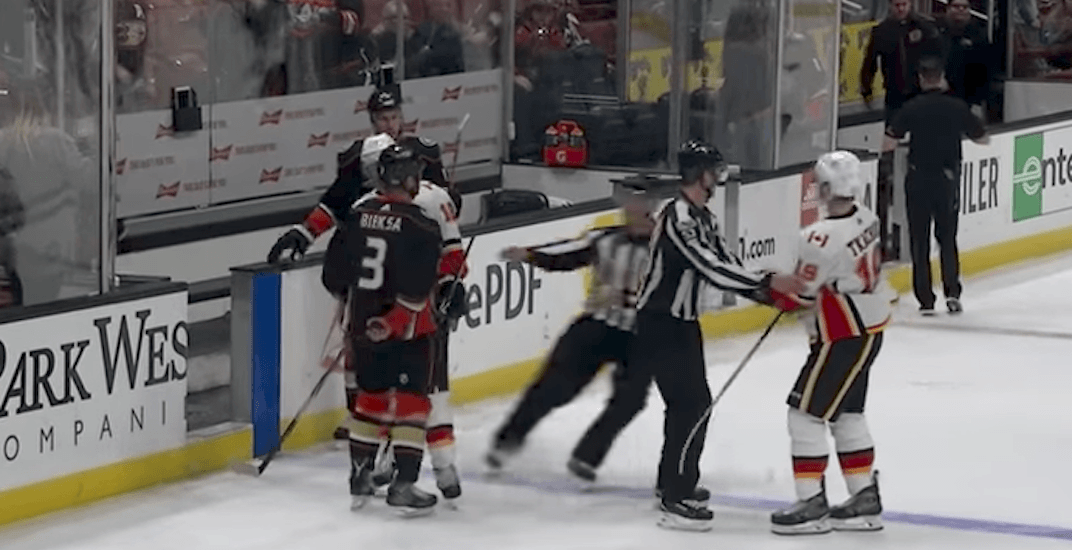 Kevin Bieksa is a party pooper.

Monday night’s 2-0 win over the Anaheim Ducks was a big one for the Calgary Flames.

The longest losing streak in one building in NHL history is over. #Flames end their Honda Center curse at 25 with a 2-0 win over the Ducks.

It was Calgary’s first win in Anaheim since January 19, 2004, and they had their new goaltender to thank. Flames goalie Mike Smith was outstanding for the Flames, turning away all 43 shots he faced for his first shoutout with his new team.

The Flames, naturally, wanted to give him the game puck as a souvenir.

But Bieksa was having none of it.

The Ducks defenceman stickhandled away from Matthew Tkachuk after the final horn sounded. Bieksa channelled his inner-Chris Pronger, by picking up the puck – one which meant nothing to him – just so the Flames couldn’t get it.

Was it immature? Sure.

Was it a dick move? Of course.

Was it hilarious? You bet.