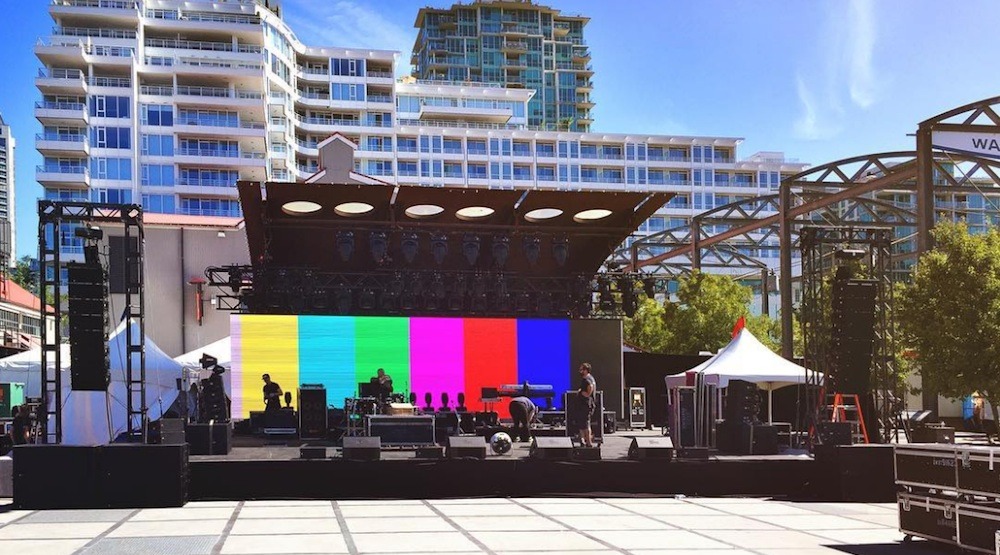 A source who wished anonymity told Daily Hive that Kelly Clarkson is the headline artist for an outdoor concert held at the Lower Lonsdale plaza next to the Pier 7 Restaurant + Bar. A photo posted onto the restaurant’s Instagram account today shows a stage with an elaborate set-up.

She is expected to perform from 6 pm to 9 pm.

However, this will be for a private event; organizers for the week-long AEGIS Conference rented out the Shipyards plaza, and the plaza is fenced off from the public. But passersby and restaurant patrons in the area will be able to hear the concert.

Clarkson was slated to perform at Rogers Arena in October 2015, but she cancelled the event and a number of other tour dates due to health concerns. She was also in the region in 2013 to perform a free concert at Burnaby’s Swangard Stadium.

There is speculation that Clarkson is being eyed to be one of the judges on the reboot of American Idol on ABC in 2018. The American singing competition ended a 15-season run on FOX last year.

Can you guess who the giant stage is for? Come and see tonight you won’t be disappointed!