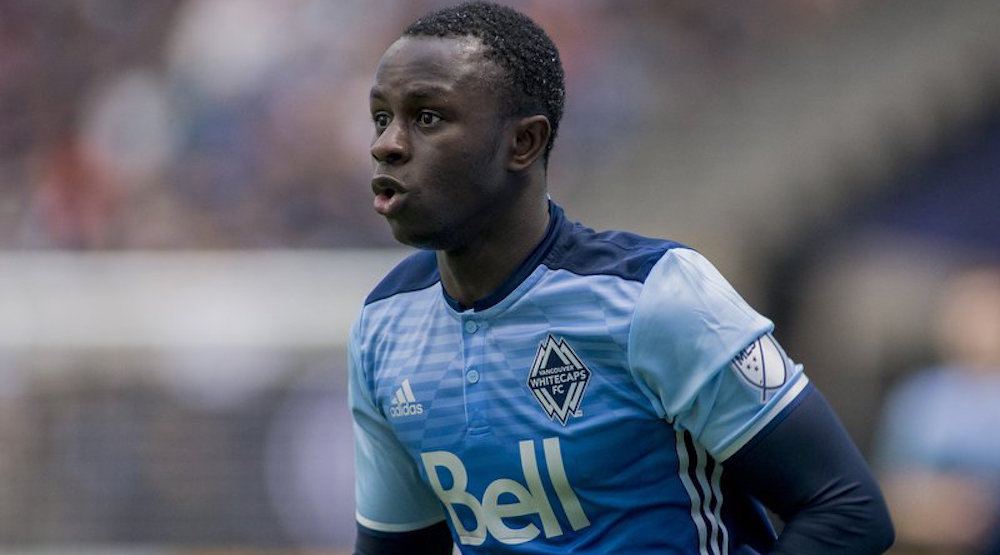 In case you didn’t see the towering inferno of rage-fire over on Vancouver Whitecaps FC’s Twitter and Facebook pages, there is some, shall we say, mild discontent from a certain section of the fan base. The reason stems from Thursday’s trade of speedster Kekuta Manneh to the Columbus Crew for midfielder Tony Tchani, cash, potential cash, and a potential first-round pick in 2018.

That section of the fan base, incidentally, can be summed up thusly:

@WhitecapsFC You should sell Davies too and really lean into the whole "be the worst team in the league" thing.

@WhitecapsFC this is ridiculous. time for a shake up of leadership. front office to the sidelines. likely my last season as a season ticket holder.

Worry not, sane Whitecaps supporters – all four of you that probably remain (hi, Kyle!) – this is a good deal. A great deal, in fact. Here’s why.

It addresses a need

There’s been a Gershon Koffie-sized hole in midfield since Vancouver’s favourite Ghanaian-Canadian left in 2016. Koffie’s work rate and sensible balance between defensive and attacking responsibilities were a staple of Vancouver’s midfield since the inaugural 2011 campaign.

Really, Koffie’s body of work was practically the textbook definition of a box-to-box midfielder. He could just as easily break up an attacking play as he could start or support a counterattack. He could hold possession and, on occasion, he could uncork a long-range shot that bent the laws of physics.

Yay! Matias Laba has a new bestest friend in midfield!

Seriously, this was (and is) an under-appreciated need for the ‘Caps. For all the hand-wringing about attacking players and playmakers, having a solid two-way midfielder at the heart of the engine may end up being the core acquisition that puts this team back on solid footing.

Plus, it might mean Russell Teibert can stop being shoehorned into a defensive midfield spot and go back to the wing. Hey, a guy can dream.

It exploits a misconception

America does. In fact, thanks to a somewhat mystifying amount of self-perpetuating hype around Manneh south of the border, they think that’s still Manneh today.

Manneh has been with this team since the 2013 MLS SuperDraft. He’s shown flashes of brilliance, yes, and given the Vancouver faithful some truly unforgettable moments.

He’s also been injured far too often and those injuries have taken a toll. Heck, in the video above, not shown is Manneh limping instead of celebrating and eventually being substituted out of the game.

With each injury came worries and problems; notably, the worry that the injury either hadn’t healed or would lead to another injury, and the problem of Manneh’s defensive acumen evaporating.

We don’t need to look very far for a recent example. Remember the San Jose game from Week 2?

Who’s that lagging behind San Jose defender(!) Nick Lima as the rookie charges ahead for his first senior goal? That’s #23 in white, AKA Kekuta Manneh. For everyone still wondering why Vancouver head coach Carl Robinson benched Manneh, this goal is Exhibit A. Fun fact: slacking off on your defensive responsibilities is not going to win you any points with a coach who’s also a former defensive midfielder.

And yet, while we in the Pacific Northwest may be aware of Manneh’s issues, a shocking number of American soccer analysts still hold him up to be a flawless superstar-in-waiting. Manneh even made his long-awaited debut appearance at a US men’s national team camp in January, having all but confirmed his status as a full-fledged US citizen.

Sorry to see my boy @kekuta16 move on from @WhitecapsFC. One of the brightest talents in the game IMO. Go kill it, #Scooter. All the best ❤️

If that’s the case, why not play up the reputation and milk it for all it’s worth, especially with a contract expiry looming in the distance?

And milk it Vancouver did. To summarize:

The ‘Caps gave up a single asset for a veteran player, cash (or, more accurately, GarberBucks™), a potential first round pick and a secondary payday should Manneh leave Columbus in a trade or transfer.

That’s a fantastic return for a player who, it should be emphasized, was on an expiring contract. Instead of Manneh walking away in December for nothing, he leaves in March for a decent bit of something that can be turned into something else.

The crazy part is Columbus head coach Gregg Berhalter thinks he got a great deal out of this, likening the acquisition to the Chicago Fire nabbing Dax McCarty from New York Red Bulls or Minnesota United FC bringing over Kevin Molino from Orlando City SC.

“It’s all relative,” Berhalter said in a conference call Thursday afternoon, according to an article on MLSSoccer.com. “If you look at what we’d have to pay for a 22-year-old, one of the most prolific and dynamic players in a league in Europe or South America, it would cost us much more.”

Yeah, because why sign the next Nicolas Lodeiro or Sebastian Blanco when you could have the current Kekuta Manneh? Well, whatever makes you happy, I suppose.

For all his speed and razzle-dazzle, Kekuta Manneh’s total goal haul in his MLS career is 22 in 101 appearances. That’s it. Roughly a goal every five appearances. His assists-per-game rate is almost half that (12 in 101 matches).

If Manneh truly is an ascendant scoring dynamo on the verge of a breakout, it’s not happening here. Perhaps Berhalter has the key in Columbus, perhaps not. Regardless, a change of scenery (and playing surface) certainly couldn’t hurt Kekuta.

As for Tchani, he found himself being bumped down the Crew’s depth chart behind new midfield signings Mohammed Abu, Abuchi Obinwa, and Artur. A veteran in the prime of his career should not be warming the bench; it’s kinda the opposite of an ideal situation for Tchani.

In Vancouver, Tchani finds a team eager and waiting for somebody to help create chances. There will be minutes, a season to jumpstart and hungry players after his job from the get-go. It’s no small ask, but he’s got his coach’s faith.

“Tony is someone I enjoyed working with during my time in New York,” said Robinson in a press release. “I’m excited to have him join our group.”

It’s a good deal, Vancouver casuals. Calm down. Everything’s going to be fine.