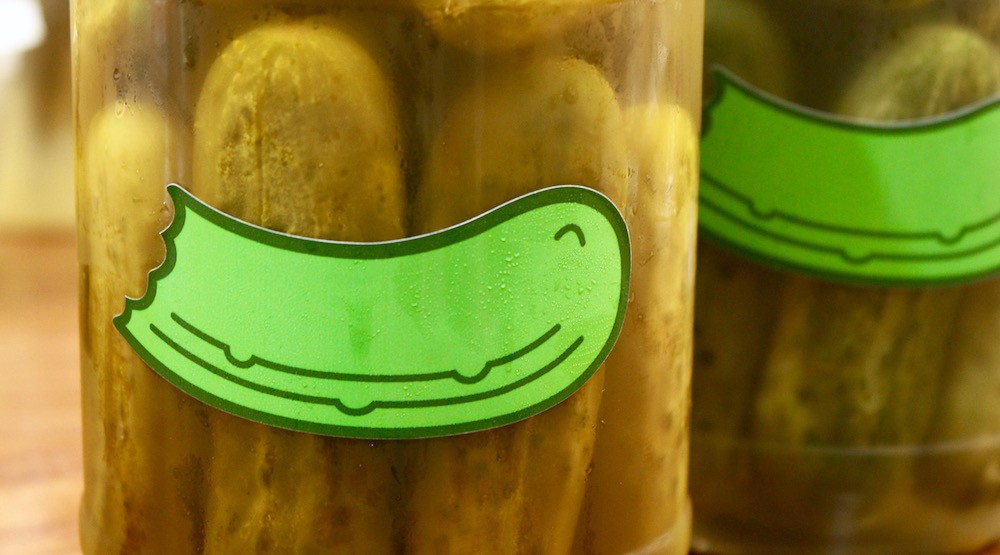 Luckily for new local purveyor, Kaylin & Hobbs Pickles, Vancouver is one city that loves its pickles, and they don’t care who knows it.

Started by born and bred New Yorker Scott Kaylin, and Torontonian Chris Hobson, the pickle company may be new – their stand in the Granville Island Public Market opened April 2017 – but these cold-packed pickles are packed with old-school flavour.

Both brought to the city by the careers of their wives, the two couples became fast friends, and soon enough Kaylin and Hobson conjured up the brilliant idea to bring Vancouver a true blue New York pickle.

So how did they do it?

Well, they make the pickles in New York and sell them only in Vancouver. You may wonder why – so did we – but Hobson has an easy answer.

“There’s 150 years of pickle making history there and we wanted the best tasting pickles on the west coast. We met with everyone until we found the right person who could create the flavours we wanted, and who had that authentic New York taste and history.” 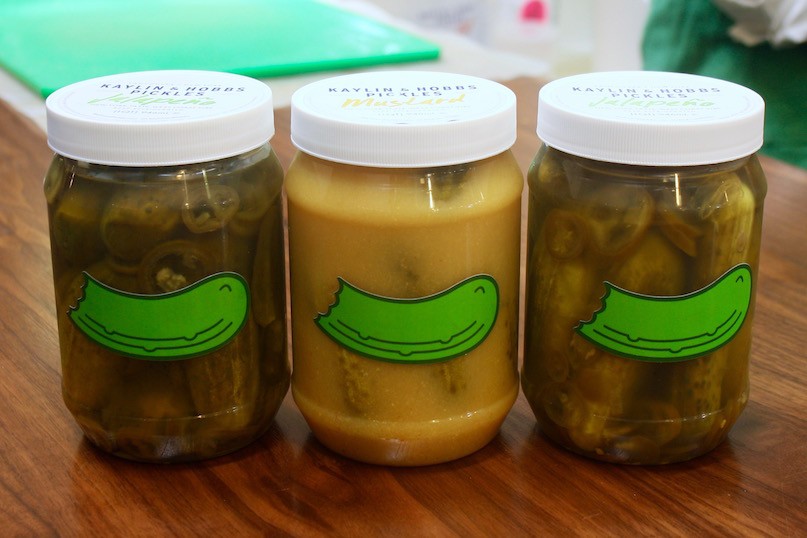 The taste of the product brings on a sense of nostalgia for those who grew up eating their nana’s homemade pickles, and it evokes a sense of appreciation for most who bite into the perfect crunchy, juicy, pickled cucs.

This, is exactly what Kaylin and Hobson wanted when they initially set out to bring that taste of a classic New York pickle to the streets of Vancouver.

The stand in the Granville Island Public Market brings an authentic deli vibe with a few old photos on the one partial wall, the shirt, tie, and apron uniform, and the neon sign displaying the brand’s signature green bitten pickle. 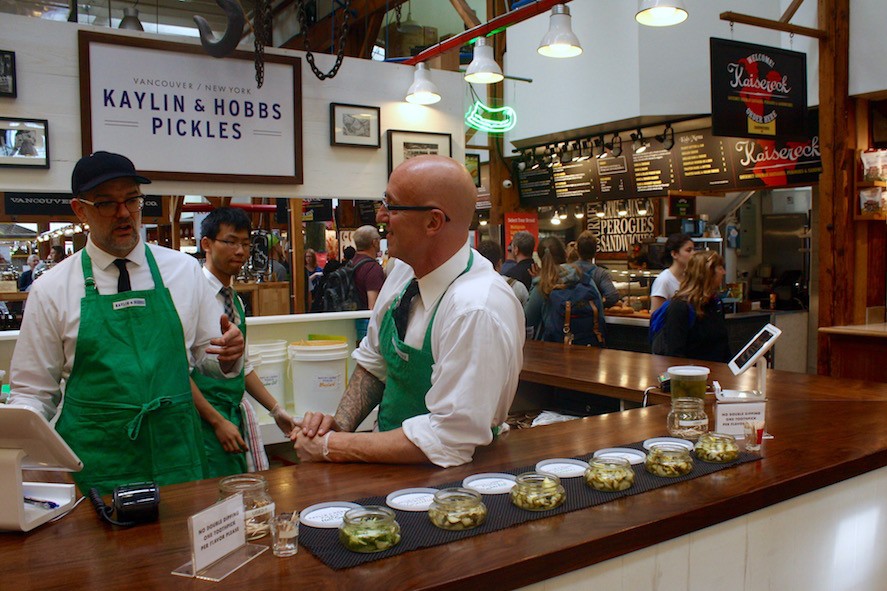 Hobbs, Kaylin, and an employee at their stand. (Hanna McLean/Daily Hive) 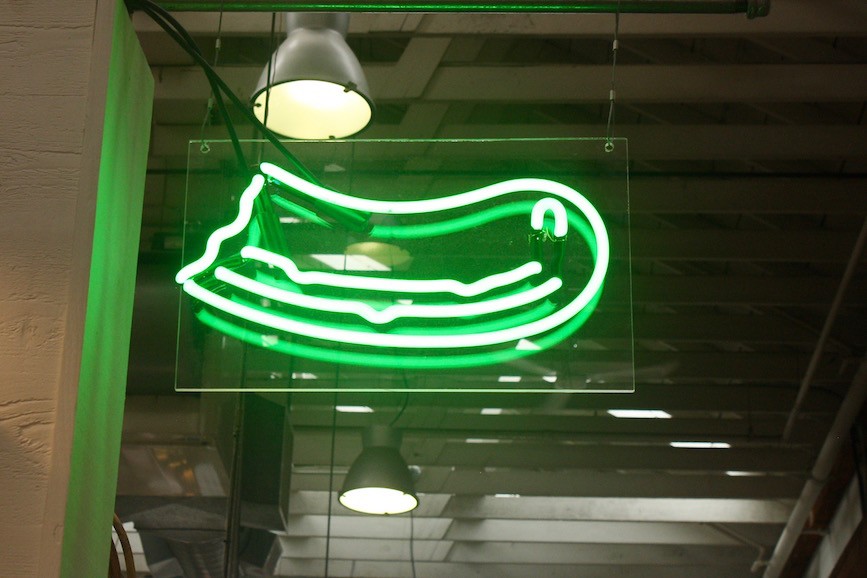 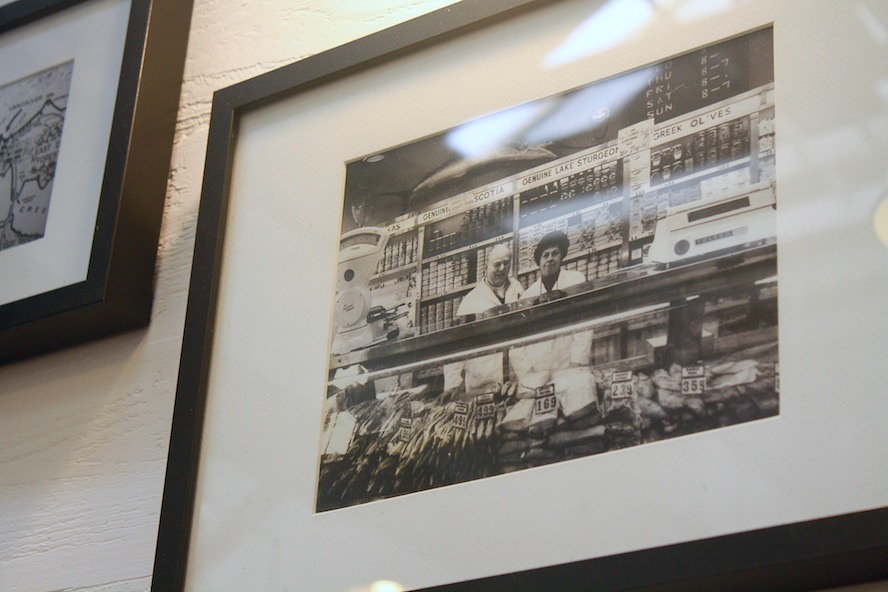 The business owners have discovered that pickles bring people together, because like a lot of globally recognized food, it crosses all barriers of age, race, and religion.

“From a 1-year-old who is trying a pickle for the very first time, to a woman who is buying her 101-year-old grandmother our Kosher Dills. It’s been amazing to watch it unfold and see people’s reactions to our product,” says Hobson.

Who knew pickles were such a big dill?

While the partners are getting requests from around the globe for mail order pickles (Pike Place Market, Los Angeles, and Toronto customers have asked) they currently only sell at Granville Island. They offer three sizes of pickles:

After you sample the variety of pickles up for grabs at the stand, you’ll understand the demand. 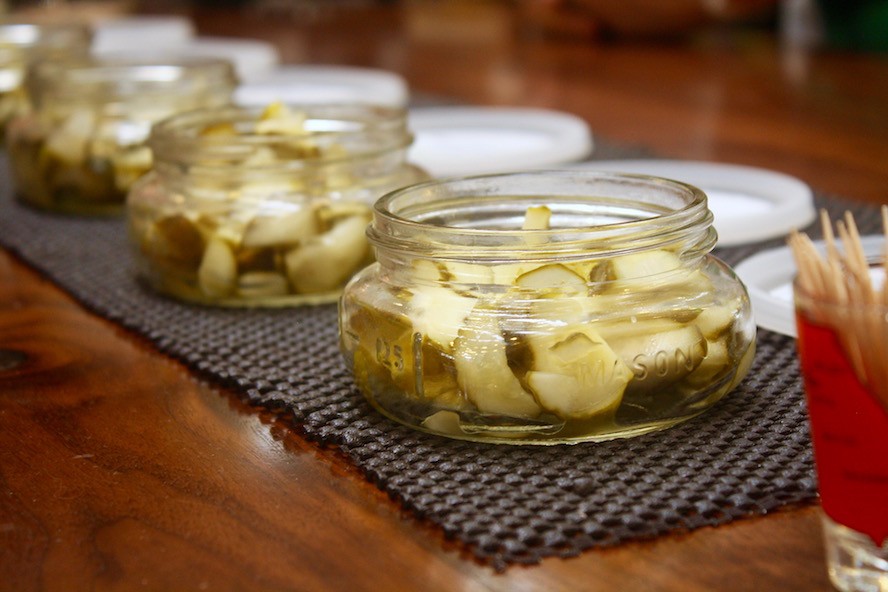 Jalapeño, Horseradish, Mustard, Kosher Dill, lacto-fermented pickles like Full Sour and Half Sour – Kaylin & Hobbs has it all. Once you’re done with the pickles, you can use the brine for marinades, salad dressings, and even cocktails.

Bridges on Granville Island currently serves a Kaylin & Hobbs Horseradish Caesar, so they do the hard work for you if you’re craving a refreshing bevy made with these in-demand pickles. 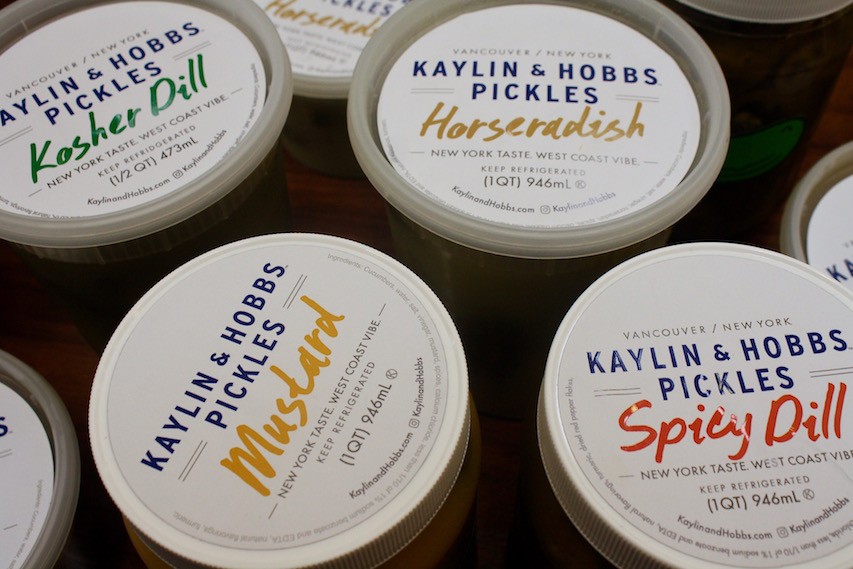 Kaylin & Hobbs have sparked so much attention that major grocery store chains have already inquired about franchising the model across Canada and the US, but Hobson says he and Kaylin are taking time to evaluate which partnerships make the most sense so that we maintain the vision and integrity of our brand.

“It’s a very exciting and humbling time for us to be getting so much attention so quickly,” says Hobson.

We highly recommend you get down to Granville Island ASAP to try these pickles – there are days that they sell out completely.

Also, Elijah Wood is a fan of them – so that’s dope. 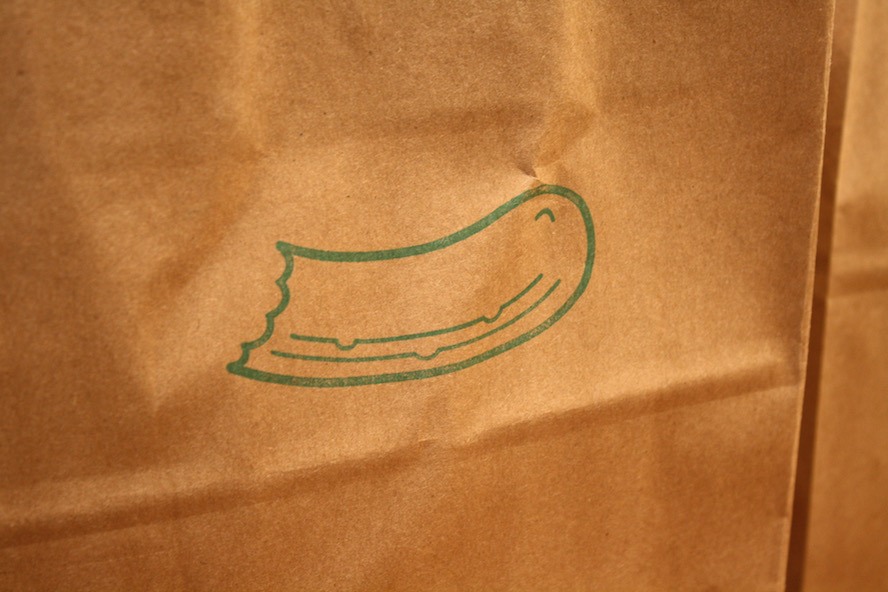